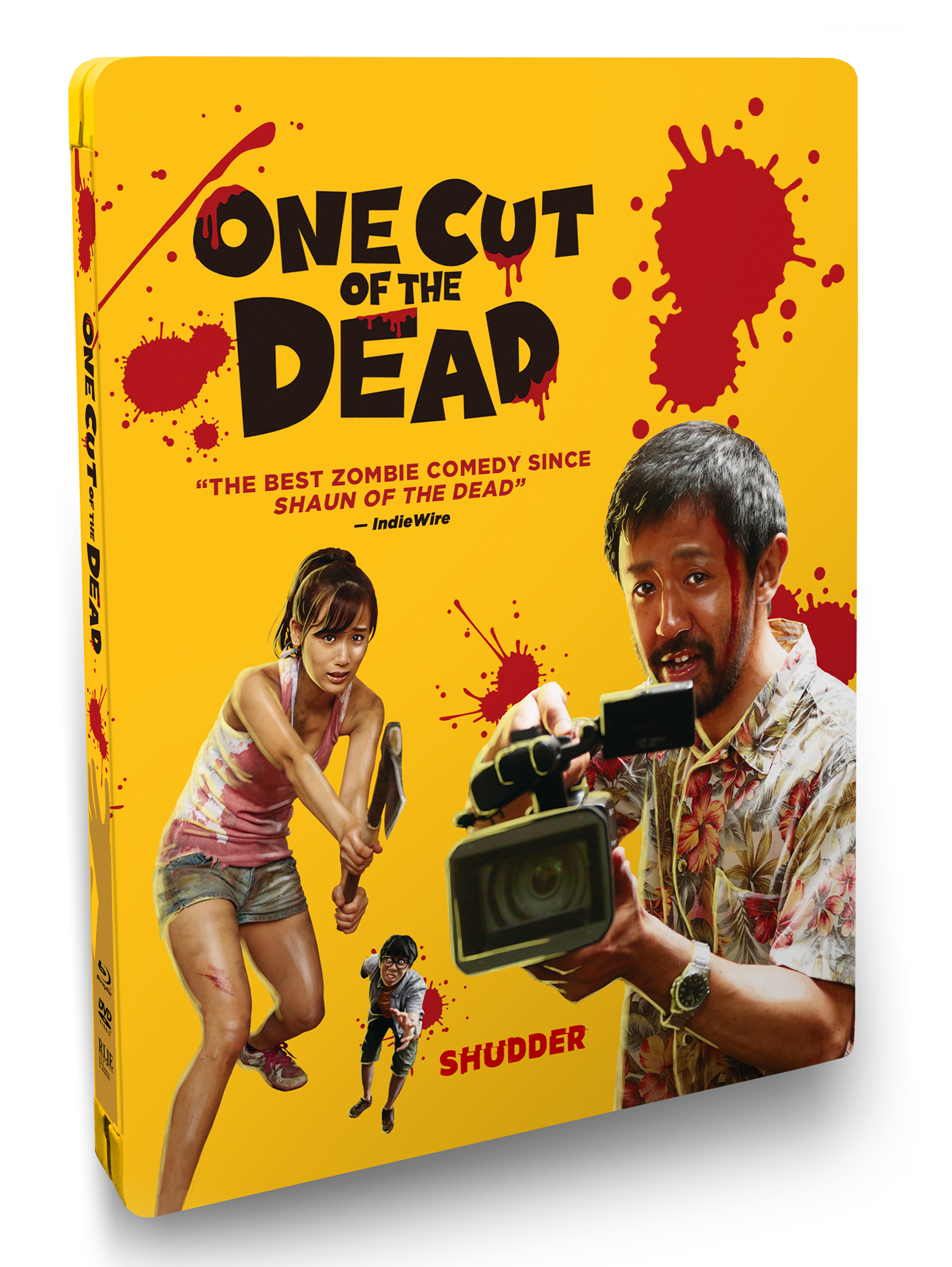 Hey friends, I hope you’re staying safe wherever you are in the world.  Barbarella here giving you a virtual hug if you need it.  I’m also here to tell you about something else you might need, even if you don’t realize it.  ONE CUT OF THE DEAD comes to DVD and DVD/Blu-Ray SteelBook on June 2.  Both feature outtakes, the POM! Instructional Video, and a photo gallery as bonus features.

Shin’ichirô Ueda’s ONE CUT OF THE DEAD is inspired indie-filmmaking.   Showing the chaos that ensues when zombies appear during a low-budget, zombie film-shoot, the film offers far more comedy than horror.  Be sure to set your expectations accordingly.  At first, the film may feel somewhat underwhelming, but what happens after the apparent end credits is nothing short of genius.  The last thirty minutes of this film elevate everything shown up to that point.  The more I watch it, the more I love it, so I'm excited to own a copy.  ONE CUT OF THE DEAD has won numerous awards, including Fantastic Fest's Audience Award for Best Film.  Avoid spoilers if you can because the less you know going in, the more enjoyable your experience will be.  The trailer included here isnt too spoilery, but watch at your own risk.