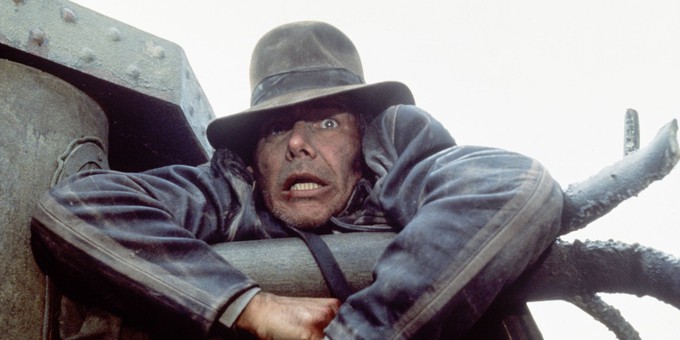 Hey folks, Harry here...   There's no need for great concern over Harrison getting injured on the set of an Indiana Jones movie... in fact it's old hat, going all the way back to the first film.  On RAIDERS OF THE LOST ARK - he tore his ACL whilst fighting that nasty German Mechanic under the flying wing.  And we all know the nasty case of the shits that he developed on RAIDERS that resulted in the shooting of the swordsman...

On INDIANA JONES & THE TEMPLE OF DOOM he hurt his back whilst riding an elephant. Ford tried to play it down, and when let out a wail of pain whilst fighting a nasty Thuggee bastard, he was soon flown back to the USA where it was discovered he had two ruptured discs.  TEMPLE OF DOOM was almost completely shut down, if not for Vic Armstrong taking over the role for several scenes.

He tore his ACL again on FUGITIVE, The Falcon's door nearly killed him, but shattered his ankle instead on the FORCE AWAKENS.

See what I mean by old hat?

Now from what we've seen from the behind the scenes pics that have popped up online, we've seen dots on Harrison's face, so they're already doing CG work on his face on this - and I imagine they'll artistically keep shooting through all sorts of trickery.  Trust in James Mangold!  The man is magic.