Good evening film fans, House of Macleod here with some sad news to share, Dame Olivia Newton-John has passed away at the age of 73, her husband has reported.

Her family has released a statement announcing that she “Passed away peacefully at her ranch in southern California this morning, surrounded by family and friends. Olivia has been a symbol of triumph and hope for over 30 years, sharing her journey with breast cancer. Her healing inspiration and pioneering experience with plant medicine continue with the Olivia Newton-John Foundation Fund, dedicated to researching plant medicine and cancer.”

Although a star in many films and television shows, she was also a four-time Grammy Award winner with fourteen of her albums being certified Gold by the Recording Industry Association of America. The British - Australian Actress, singer, songwriter, activist and entrepreneur was perhaps most famous for playing the role of “Sandy” opposite John Travolta in the hit musical “Grease” with became the biggest grossing musical of all time.

After being diagnosed with breast cancer in the early 1990s, Newton-John became a leading advocate for cancer research. Her efforts were recognised by Queen Elizabeth, who named her a Dame in the 2020’s New Year’s Honours list.

Dame Olivia is survived by her Daughter Chloe Lattanzi.

Here at AICN, we held a special place for Olivia in our hearts. She will be greatly missed by all of the team. 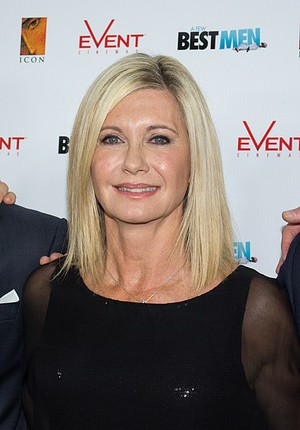