Freddy Beans here with an interview of Michael Shannon, for his recent release STATE LIKE SLEEP.  Which, I reviewed here. 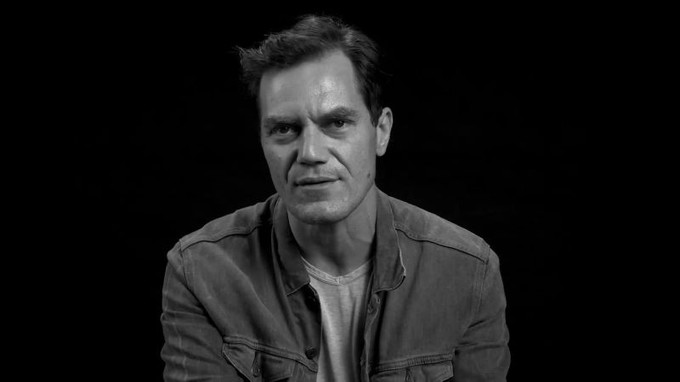 Freddy Beans:  Hey Michael, how are you doing today?
Michael Shannon:  Pretty good.  How about yourself?

FB:  I’m hanging in there.  I saw STATE LIKE SLEEP recently.  I was wondering if you could give a quick synopsis of the film? 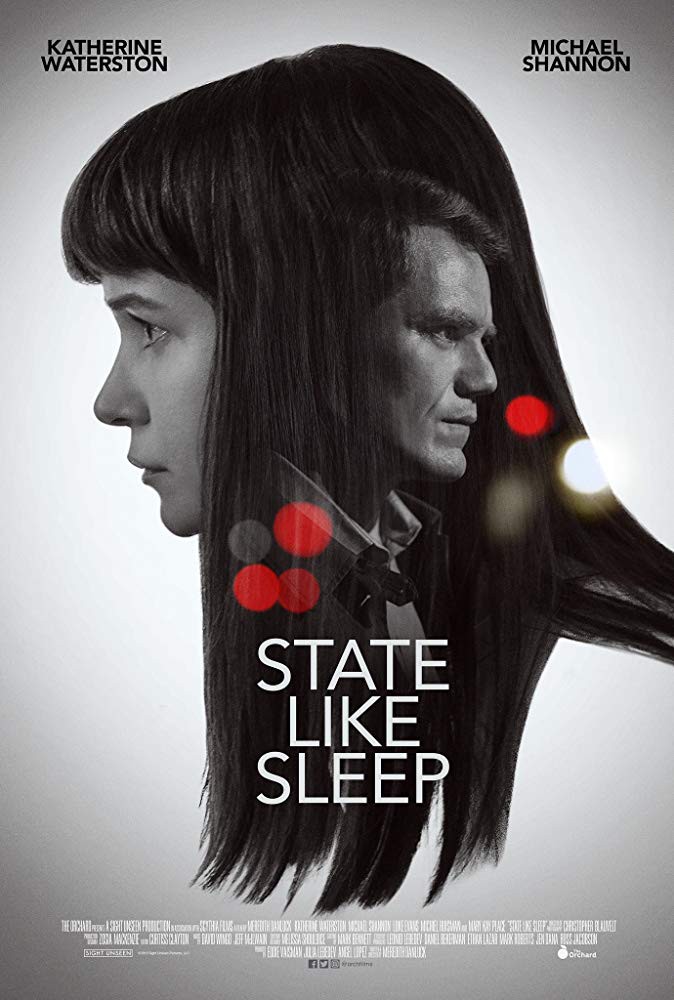 MS:  Sure.  It’s about a woman dealing with the loss of her husband who died a mysterious death.  It’s so incredibly painful for her.  She chose to walk away.  Without getting too deeply into it, she’s drawn back into the mystery by certain forces and it forces her to confront what might have actually happened.

FB:  Perfect!  Any more would be giving away way too much.

What was your favorite part about playing Edward?
MS:  Well, in this line of work you spend a lot of time in hotels.  I spend a lot of time on the road.  I think hotels are fascinating.  They’ve been the location for many a great film in the past.  They’re one of the most intriguing locations both in cinema and real life.  I was fortunate enough to have the opportunity to tell a story in that atmosphere.  Hotels are very mysterious, ya know?  You’re sharing this space with all these strangers and they’re right next to you.  You don’t’ know anything about em.  It can show how similar we are.  It can show how different we are.  There’s so many interesting possibilities.

FB:  That’s such an interesting perspective.  I’ve never really thought about it like that.  Except when those neighbors are waking me up right?  (Laughs) 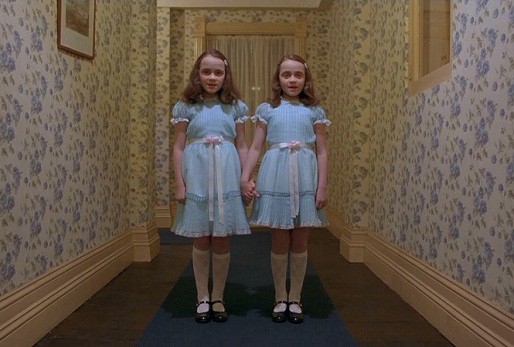 To play the flip side of that Michael, what was your least favorite part of playing Edward?
MS:  I don’t think I really had one.  I had a lot of fun doing this movie.  I’ve known Katherine Waterston for years.  I always wanted to work with her on a film.  We knew each other through different shoots, and I always thought she was a talented, interesting actress.  I was really excited to play opposite of her.  I didn’t have any gripes in this one movie.

FB:  Great to hear it!  To get off of the movie a little bit, most of your roles come off as deeply cerebral.  You’re usually a very strong and intense character actor.  I was wondering, what makes you choose sinister or intense characters?
MS:  No, I don’t choose them on purpose.  I don’t’ know what draws me to play anything.  I really don’t know.  It’s a mystery to me.  I have a hard time motivating myself to do anything.  So to try and explain why I play the parts that I do; I don’t think the English language is sufficient.

FB:  I can appreciate that.

One of my favorite films is GROUNDHOG’S DAY.  I guess I was wondering if there was anything you’d like to relate about the production there and what it felt like to be on that set for your first feature film? 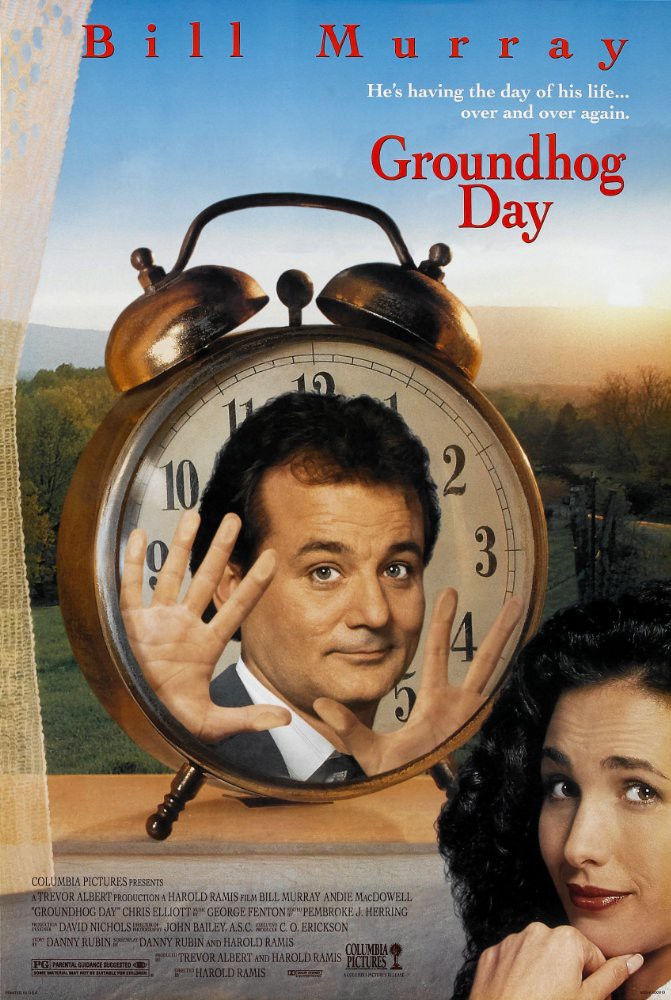 MS:  Well yeah, it was a heck of a way to start out in the movie business!  It’s a classic picture, I’m lucky to be a small part of it.  Ya know, I’m lucky for any of this stuff.  I’m lucky, you’re calling me and have the slightest interest in what I have to say about anything.  Harold Ramis was a lovely man and he treated me very kindly.  I was scared.  I was very young when I did that movie and he was very nice to me.  I’ll never forget that.  I was very sad, when he passed away.  A very, very kind man.

FB:  That’s’ awesome man.  Thank you for sharing that.  I really liked the personal essence you shared there.

To go another route, one of my favorite roles of yours personally, is Peter Evans from BUG.  I’m a horror movie guy, so I should probably preface it with that.  I was wondering if playing such a crazy mad persona left residuals.  Did you find it hard to go home at night as Michael after a day of shooting as Peter? 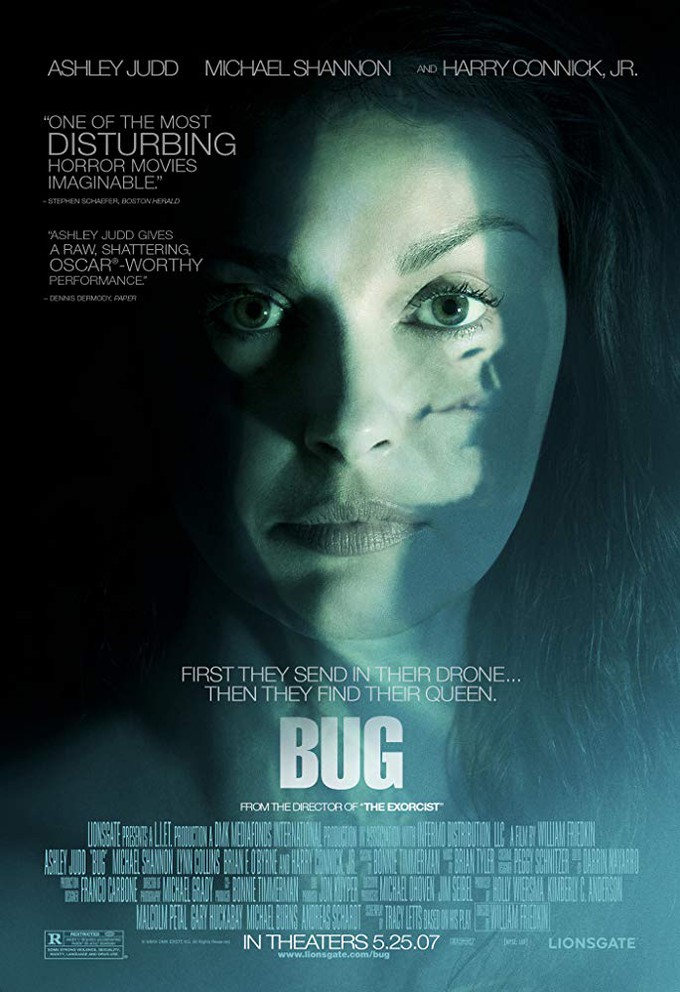 MS:  I find life extremely difficult all the time.  Every second of life is difficult.  Whether I’m playing Peter Evans or in my own mind, life is a trial.  “Life is suffering,” that’s what the Buddha said.

FB:  It’s true.  I like that, though maybe not the suffering piece.  (Laughs)

For the ICEMAN movie, did you get any interesting access on Richard Kuklinski?  Or how did you prepare for that role?

MS:  He was long dead by the time I did that movie.  I got the unedited footage of the interviews.  When HBO first put it together, they were trying to construct it in certain ways and make it all dramatic.  I didn’t want to watch that.  The director, had access to the pure unadulterated interviews which were a little more complex than what you see in the television program.  Television has an unfortunate habit of taking things that are complex and interesting and making them dull and stupid.

FB:  Isn’t that the truth.  I saw a list of your favorite movies, not sure how legit it was but some of them were old classics like KING OF COMEDY and CRUMB.  What stood out for me, was I STAND ALONE being in there. 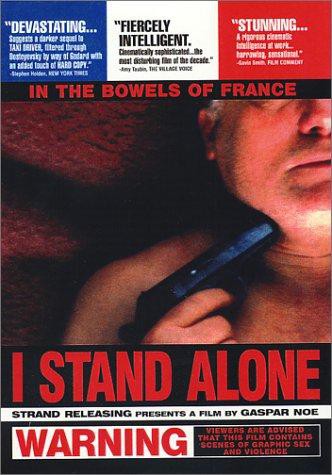 FB:  Wow!  I was hoping you could expand on why that made your best of list.  Being the horror guy, I’m a big fan of what Gaspar does, he really effectively knows how to get under my skin.  Yeah, why I STAND ALONE?
MS:  I think at the time I saw that movie.  I had never had such a visceral reaction, ya know?  You measure the greatness of something by the standard of what kind of emotions are stirred inside of you.  What kind of reaction you have to it.  That was definitely, the most disturbing movie I have ever seen in my life!

FB:  Way to capture its appeal!  It’s definitely one that sticks with you.

Is there anything new with your band CORPORAL you’d like to share, or are you on a hiatus?

MS:  We just played a couple of shows, right before the election, to get people excited about voting.  I think I might try and make a new record this summer but I’m not sure.

FB:  That would be cool.  I actually liked the music I heard, I was impressed.

FB:  Not a lot of us have family members that discover and identify the mosquito responsible for carrying Malaria or their collections ending up in the Smithsonian Institution.  I was wondering if there were any cool stories you could share about your grandfather, Raymond Corbett Shannon?

MS:  Well, one of the tragic things about that is he died when my father was five years old.  So, he died way before I ever came into the picture.  I’ve only ever seen one photograph of him.  I don’t know much about him.  The one thing I do remember, is this story my dad used to tell me.  It’s not a story but a letter my grandfather wrote, in which it laid out his hopes and dreams regarding his son, being my father.  What his son would accomplish.  It was a list of like 100 things he wanted my dad to be and accomplish.  My dad always said, “Isn’t this absurd?”  How could one person, possibly do all this stuff?  Apparently he was a very driven human being.  You need to temper that, because it can literally lead you to work yourself to death.  There’s definitely a strand of that in my family.  Even my father was a workaholic.  We have to remind ourselves to take a break, ya know?

FB:  Absolutely!  It’s a great reminder.  Thank you for that personal story you just shared Michael.  Really appreciate that!

FB:  What is your favorite horror movie?
MS:  Hmmmmm.  THE SHINING, would probably be up there.  My dad used to show me this movie.  An old movie called DIABOLIQUE. (1955)  The thing that both THE SHINING and DIABOLIQUE have in common, is there’s scenes in both of them with a woman in the bathtub.  Both scenes are really creepy in different ways. 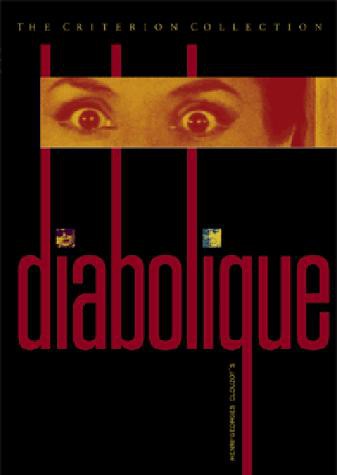 FB:  That’s fantastic.  I literally just watched DIABOLIQUE recently, so cool shout out for me.

Thank you for your time today Michael!  You’ve been awesome today.  Is there anything you’re working on that you’d like to tell our readers to keep an eye out for?

MS:  Honestly, I don’t think I have anything going on until November.  I just did this movie KNIVES OUT for writer/director Rian Johnson, who did that Star wars movie THE LAST JEDI.  That will be out in November. Thank you Fred.  Thank you man! 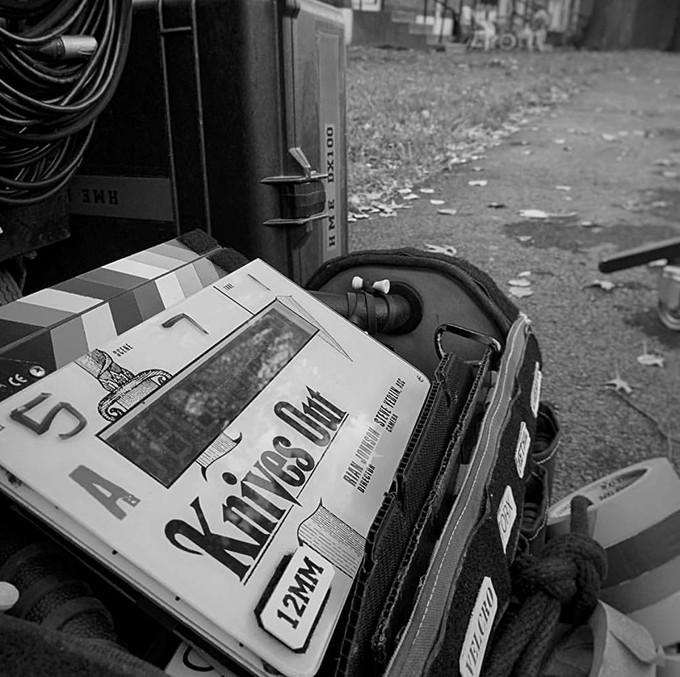