Freddy sits and reviews THE STANDOFF AT SPARROW CREEK 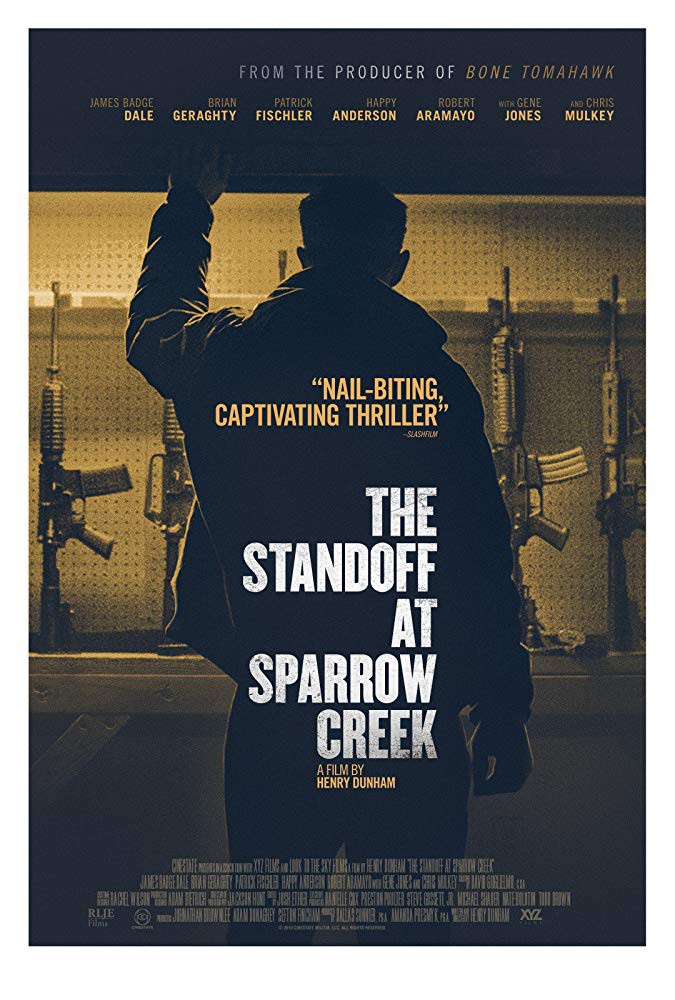 Freddy Beans here with a review of a taut thriller titled STANDOFF AT SPARROW CREEK.

The film opens with Gannon (James Badge Dale) while he's out in the woods hunting.  He hears gunshots in the distance and freezes.  Probably frozen, internally debating if it’s duck season or wabbit season.  He’s an ex-cop as we learn later with a long history and penchant for interrogation.  These talents come to the forefront for his Michigan militia group, due to those gunshots he heard.

Basic premise is a funeral for a police officer ends abruptly as someone approaches the cemetery loaded with a modified AR-15.  The militia in question is panicking as they have many of those weapons in stock and one is missing, along with missing body armor and hand grenades.  The code to the armory changes every two days so the militia leader Ford (Chris Mulkey) decides he needs to interrogate his peeps.

Ford needs a confession from the shooter or all hell will rain down upon them.
The premise reminded me of an early David Mamet.  Throw a bunch of alpha males together and let them beat each other up with their wit and charm akin to Quentin Tarrantino’s RESERVOIR DOGS.

The rest of the movie follows Gannon as he interrogates his fellow militia members.  As you can guess, none are too happy they’re being interrogated.  They bite back with tongues.  This is an expertly written script.  Even the language feels sincere here.  These are all tough guys that have accepted their roles in this group.  Each one knows it’s all over if they don’t find the guilty in their midst. While simultaneously being bitter they're being suspected.

STANDOFF AT SPARROW CREEK takes place almost entirely in one location.  That Henry Dunham (Director) keeps the story moving along, while keeping us at the edge of our seats in this confined space is commendable.  We learn this militia hate police, as militias tend to.  At the same time, we never really get a feel for their political leanings, which is a testament to Henry’s writing.  He directs a taut thriller that leaves politics ambiguous and the danger at hand imminent.

Jackson Hunt (Cinematography) keeps a haunting atmosphere with his lens. This is a man who understands shadows/shadowing and uses it to set a mood.  There’s a scene where a police officer is close by and it feels like everything will implode.  It’s perfection, and feels like we are all vicariously watching the end of this group.  I won’t tell you how it ends, but there’s so much tension built with the camera.  It was a standout scene for me.

This is an ensemble cast filled film.  Gannon gets the biggest piece of the pie but without the witty banter back and forth between interrogator and interrogated this one falls apart.  The rest of the cast of Brian Geraghty, Patrick Fischler, Happy Anderson, Robert Aramayo, Gene Jones, Bret Porter, and Cotter Smith are fantastic.  Everything here feels organic.

We are as unsure as every member of the militia who the culprit is.  Is it Gannon?  The leader?  Could be.  Literally all of them have reason to hate the cops, it’s what their group is designed to do.

There's a twist ending that is a bit heartbreaking and honestly pissed me off i didn't see it beforehand.   It left me uneasy and questioning all sides and tactics i'd just seen. 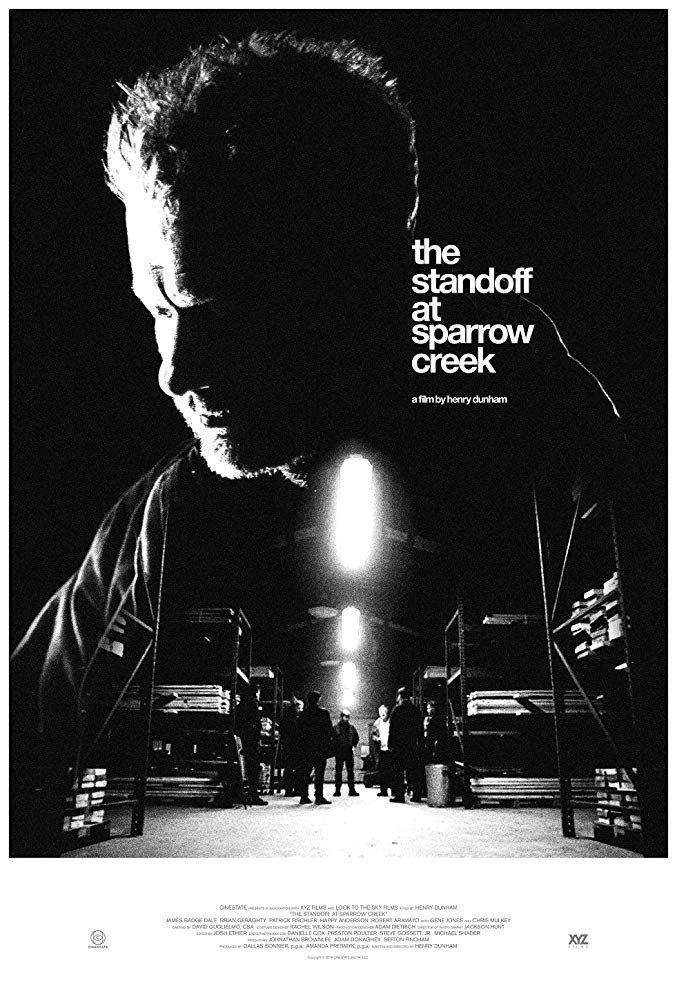 I absolutely recommend you try and find this movie out today in limited release and VOD.  It’s a crisp 89 minutes and not a minute was wasted. 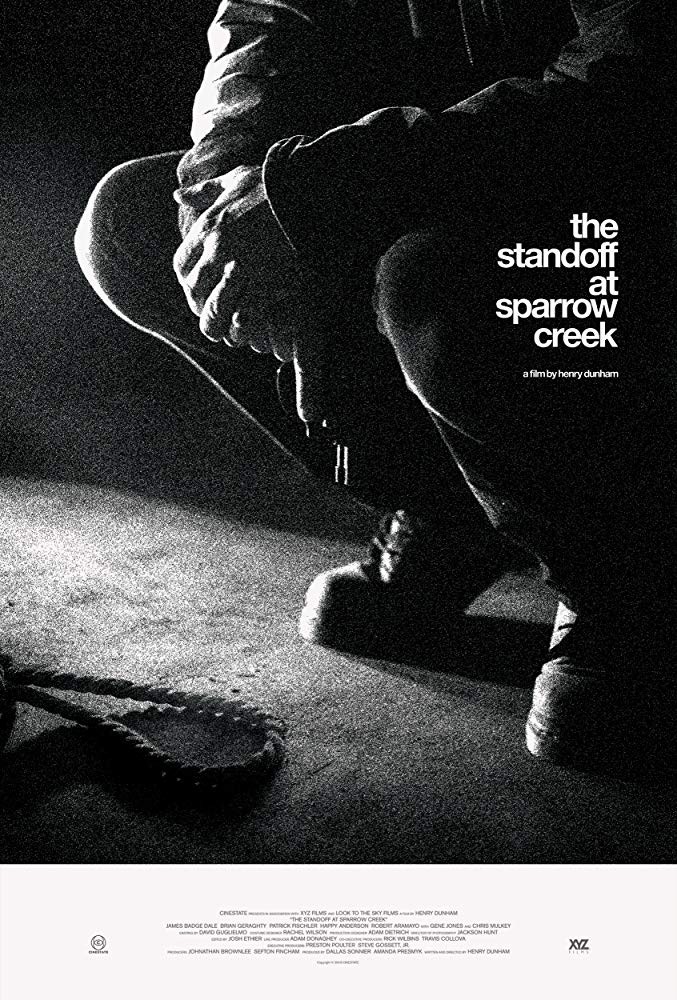 8 out of 10 militia members are failed cops