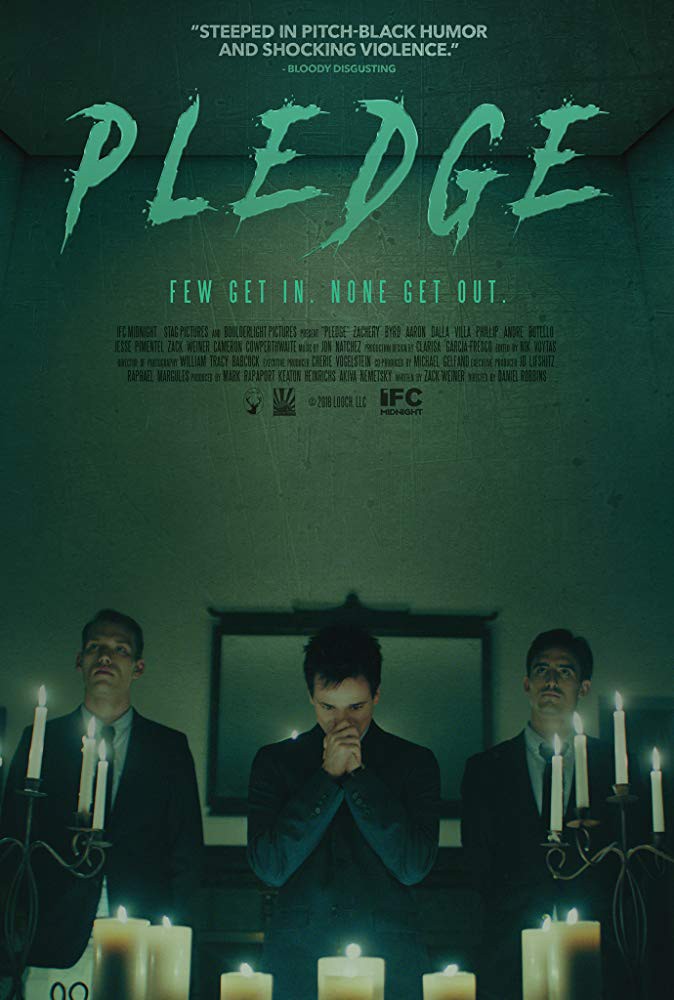 We start this one with your typical group of SUPERBAD nerds, who desperately want to be “cool.”  They head to college frat parties during 'Rush Week' to try and get noticed, under the direction of head geek David (Zack Weiner).  Ethan (Phillip Andre Botello) plays the meekest of the three, with Justin (Zachery Byrd) playing the grounded one, admirably.

During “Rush Week” these boys take social failings to incredible heights.  Culminating in a yelling match at one another over their perceived faults, as the reality of their place in the hierarchy befalls them.  They are dorks no one wants but REVENGE OF THE NERDS redemption isn't heading their way.

The argument gets David (also the writer) one last shot at getting the group noticed.  A beautiful passerby named Rachel (Erica Boozer) hears their fight and invites them to a secluded mansion.  I mean what could possibly go wrong there?

“The Krypteia” frat is off the beaten path but when they arrive it’s like heaven dropped from the skies into the nerds laps, along with ample drugs and beauties.  These guys aren’t bright enough to realize they are pawns in a much bigger game of chess and cheese out.  As they’re about to leave the party of their lives they’re invited back the next day.  Lured by the dangling carrot of membership in this exclusive club.  It’s like a dream come true, or a nightmare.  One of those for sure!  The boys opt for dream and commit to returning.

When they return the next day everything falls apart.  There’s no more party to enjoy.  No beauties running around scantily clad.  It was all just a ploy to get the nerds back to the secluded mansion alone, where no one can hear their screams.

The three Kyrpteia members seem nice enough at the start.  The leader Max (Aaron Dalla Villa) proves to be an undersized jerk.  Ricky (Cameron Cowperthwaite) plays the calming influence and keeps the nerds in the game.

That game starts with the standard branding.

The options are to be branded with the Krypteia logo or be branded with the Kyrpteia logo.  They opt for the branding after a lot of crying and things only get worse.  Rat shakes offered soon after, are the least of their worries here.  The movie escalates at a breakneck pace once the nerds are clearly trapped in the mansion.

The cinematography (William Babcock) is amazing for a low budget film.  The acting is way better than it has any right to be.  The story is simple and easy to follow.  I don’t really have any complaints for this one.   It even surprised me with the harsh direction it took once the boys are knowingly locked inside.

I was more impressed with some of the creative ideas as this one got cooking.  This is not your mothers hazing.

Every time I felt this one slow, I was pleasantly surprised.  When I felt the story dip into mediocrity, it would impress me with an unexpected turn.  This isn’t Shakespeare but it never aims to be.  It’s an incredible step up from UNCAGED, Daniel’s first film.  I’m now dying to see what he has in store for his third act.

I really enjoyed PLEDGE.  It was an easy to digest trip (well besides a few harrowing scenes) of growing funhouse horrors heaped on our fellow nerds.  Nerds, who like all of us deep down, just want to fit into a group, without prerequisite pocket protectors. I think that’s the genius of the script.  It plays on that simple desire we all hold inside and tweaks it.  Then it kneads it a little.  Not finishing until it's straight curb stomping the hell out of our desire to belong to any group we’re unfamiliar with.

7.5 out of 10 college students survive on top ramen. 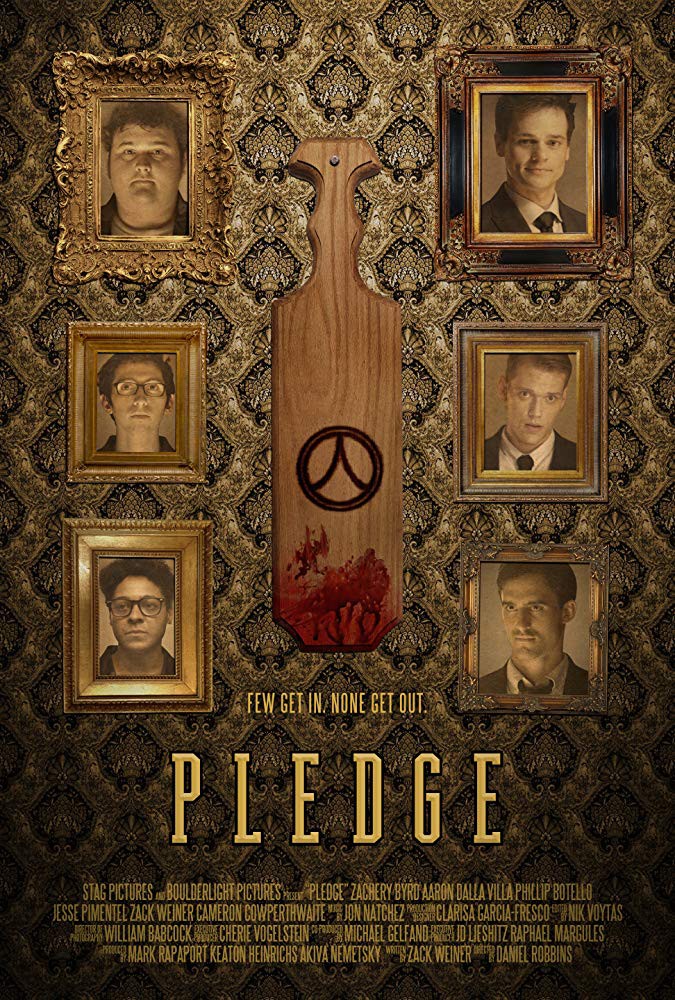