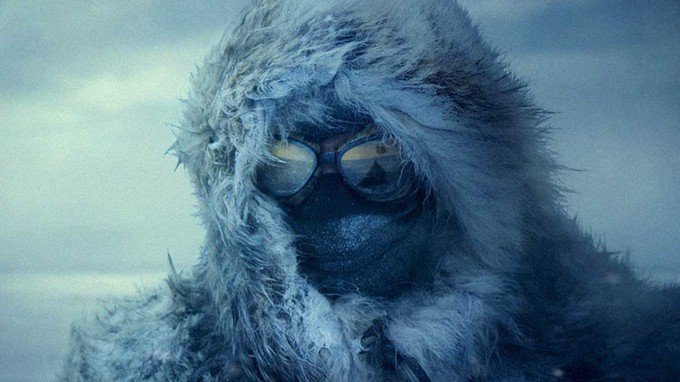 Found an exciting trailer from Norway for a film titled "AMUNDSEN" about the life of famed Arctic explorer Roald Amundsen. The film is directed by Espen Sandberg who was one of the co-directors of "KON-TIKI" another film about a great expedition. Sandberg also directed "Bandidas," "Max Manus: Man of War," "Pirates of the Caribbean: Dead men Tell No Tales," and a couple of episodes of "Marco Polo." The film is in Norwegian and English unfortunately, and the trailer does not have English subtitles when Norwegian is being spoken. However, it is so visually engaging and beautiful I just had to share.

Here is the visually gorgeous "AMUNDSEN."

"AMUNDSEN" hits theaters in Norway on February 15th and has yet to announce any international releases. Man, this film's cinematography has me in great anticipation, I hope it gets distribution theatrically because I would love to see it on the big screen. What do all of you out there in Geeklandia think of the trailer for "AMUNDSEN?"