Everything redundant? Seek out a LIFECHANGER 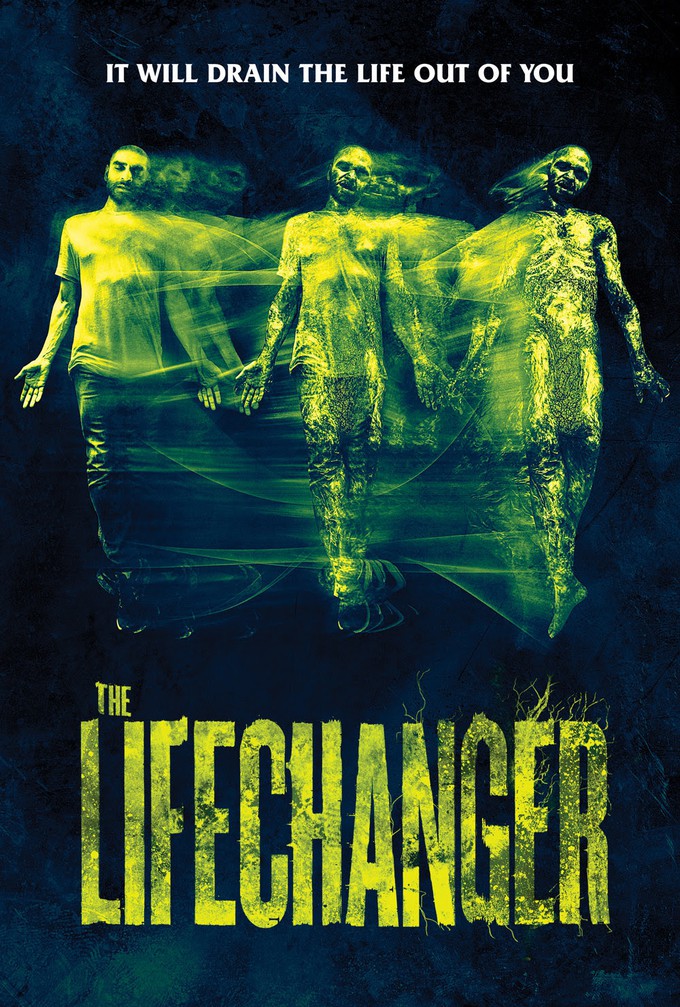 I interviewed the writer/director Justin McConnell recently and will share that in the next few days also.

BEWARE!  There be spoilers here.

LIFECHANGER follows an INVASION OF THE BODY SNATCHERS styled creature named Drew (narrated by Bill Oberst Jr.) that inhibits the skin of its victims.  It steals their body, mind, and even memories in its quest to simply survive.  The audience is thrown into this creature’s mythos without any backstory.  It shouldn’t work but it does, quite effectively.

The film opens on a victim of Drew’s doing their best LIFEFORCE impression.  Just like in that movie, when he sucks your life away you become a withered husk of flesh, animated no more.  We are forced to watch as he body jacks a healthy number of unsuspecting victims.  Watching this flick, I was reminded of another old movie I loved growing up called THE HIDDEN, though there’s no ominous space slug in this one.

In LIFECHANGER once he/she/it gets that wrist lock in, there’s no escaping the result.  It’s pretty surprising how many people this creature takes over during the 1h 24min film.  It’s more surprising to learn this horror movie is essentially a love story.

There's a sort of perverse love story at play that is unlike anything I’ve ever seen on film.  The situations are simultaneously cringe-inducing and charming, when he interacts with Julia Wilson (Lora Burke) the love interest.  I had a lot of fun watching her interactions with all the different reincarnations of this life-stealing entity named Drew.  Julia recently lost the love of her life and as a result has become a regular at the local bar.
Over its lifetime, Drew stole a random man’s life and that man was the love of Julia's life.  Drew ends up with the guys feels and a creepy stalker persona is born.

As this entity steals your thoughts/memories/physical look, it makes sense that it also steals your love of someone.

My one pet peeve would be that this creature steals a shit load of personas in this film, yet only sticks to loving Julia.  I’m sure one of these victims also loved someone.  Maybe Drew just got lucky and found a bunch of local folks that all happened to love Julia?

Justin McConnell really steps up his game here.  The writing is a whirlwind, crisp and fast-paced.  This keeps us in the creature’s corner but also keeps us asking questions we receive no answers to.  This creature is a puzzle to us and we’re only afforded glimpses into what it exactly is or was growing up.  How did it get to this spot?  Who was Drew before all this murdering needed to happen?  Are there others like this thing?

The practical special effects by David Scott (300, WOLVES, SLASHER) are beautiful to see.  When LIFECHANGER blends its FX with CGI it’s seamless and I appreciate the hell out of that.  The actors are all serviceable and handle the tough positions they’re given.  Each actor is unceremoniously replaced almost as quickly as they’re introduced, as the creatures length of time in new bodies is going through a rough patch. There’s some really good gore in LIFECHANGER and no sign of jump scares.

The music by Sean Motley is an absolute standout in this film.  He had many subtle nods to older horror films that I couldn’t help but notice.

In the end you’re left with more questions than you came into the movie with.  Which seems proper as Drew is also confused and unsure what to do.  The climactic ending irons up those choices and a new dawn is presented.

LIFECHANGER was an awful lot of fun.  I watched it back to back just to catch some of the dizzying aspects of this story a little better.

If you’re a fan of 80’s horror, you have to check this one out.  I loved the film myself but can see where some will find the middle of the film too slow to their liking.  It’s almost a different film in the 2nd half contrasted with the 'full speed ahead' storytelling the film opens with.

LIFECHANGER is released on VOD and in the US January 1st, by Uncork’d Entertainment and Canada by Raven Banner Entertainment.  I absolutely recommend you give it a peek.

8 out of 10 shapeshifters have issues with body dysmorphia Disorder 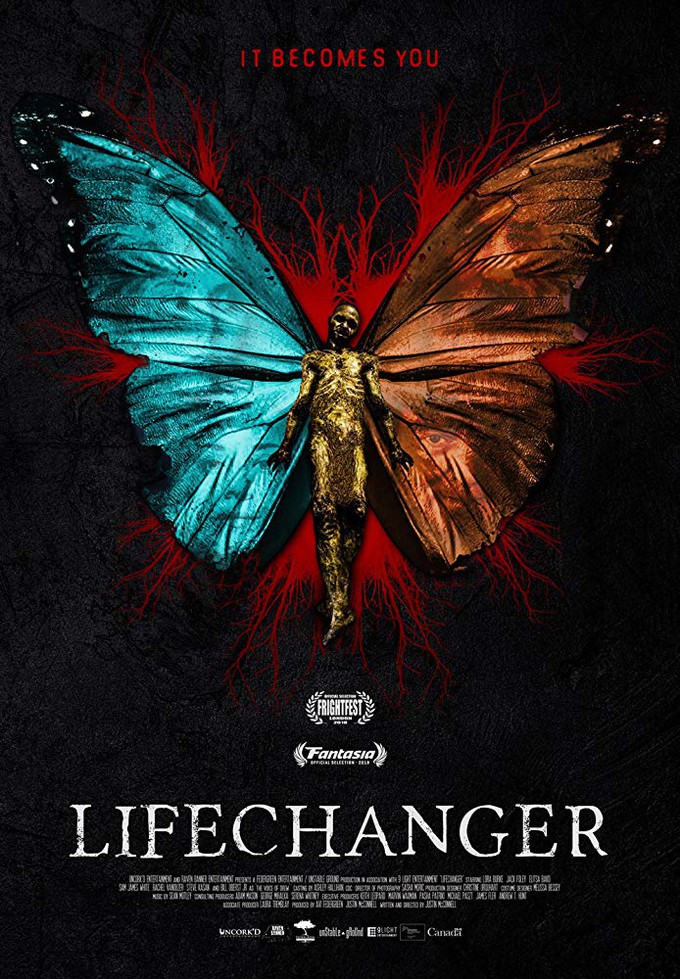