We Need to Talk About the Robin in the Room - McEric Breaks Down DC Universe's TITANS, Season 1

We Need to Talk About the Robin in the Room

Howdy, y’all! McEric here to talk about the DC Universe’s first season of TITANS, their initial entry into proprietary programming, and the service, itself. I plan to break the series down and share my thoughts on the good and bad of it, so there will be many massive spoilers here. If you want to give the series a shot for yourself with fresh eyes, you’ll probably want to skip this article. 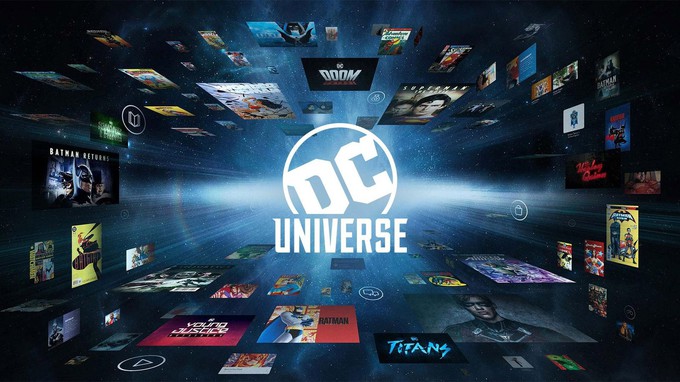 First, let’s talk about the DC Universe service. I was given the opportunity to sign up for a year of the service free of charge, and I have to admit that I’m happy to not be paying for it. For the promise of “All of DC in one place” there are glaring omissions. None of the CW shows are available, even Smallville which has been off the air for seven years. A feather in their cap is the inclusion of Batman: The Animated Series, the much-celebrated WB cartoon from the nineties which is arguably the finest depiction of the Dark Knight, but it’s only two seasons of its three season run and subsequent relaunch as the New Batman Adventures with revamped character designs and artwork. WB Kids’ The Batman is also absent, and none of the SnyderVerse entries are available to stream. Even Ryan Reynolds’ Green Lantern film is notably absent, though I’m sure few are shedding tears over this omission.

My experience differs from many because I have an irresponsible amount of DVDs on my shelf that make a sizable portion of the offerings obsolete, though many may appreciate finding these gems at their fingertips. The original 90s Flash series with John Wesley Shipp is available to stream in its entirety, as well as Birds of Prey and Superman: The Animated Series. Their selection of comic books is impressive and the mechanism to read them is surprisingly intuitive. I can’t say the same for the rest of the menus, however. There is no way to browse all of the films or series at once; there is a smattering of recommendations in each category but no way to expand the selection. One can search for a specific title, but that’s hardly revelatory. I can only speak for my own experience with a Roku 3, but it seems a bit clunky.

Perhaps as they get more clearances and more of their proprietary programs launch it’ll become relevant, but I can’t personally endorse this service at this time. 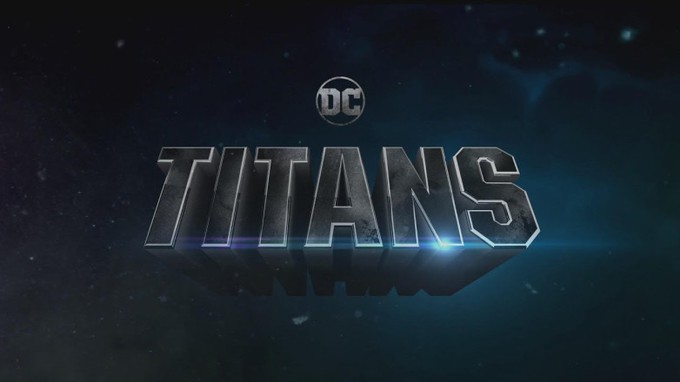 Now let’s talk about TITANS. We all recall the trailer when it first dropped and our initial introduction to the decidedly adult take on our favorite “Teens”. In case you missed it, here it is again:

The show is, in a word, good. Definitively adult, and violent as fuck. The production value is phenomenal, the acting is tight, the action taut, and the story is engaging. There are some truly great moments in this series. The core four are the main focus, but we see quite a many cameos from the DC Universe throughout.

The story begins with Raven (called Rachel) dreaming of young Dick Grayson and the tragedy that claims his parents at the circus. Soon their paths converge, and Dick, now a police detective after leaving Bruce’s side many years prior, finds himself thrust into caring for the young girl hunted by acolytes of her demonic father, Trigon. Along the way they meet Starfire, Beast Boy, the Doom Patrol, Hawk and Dove, Jason Todd, Wonder Girl, and we even get a glimpse of Batman and the Joker in the final episode of the season. 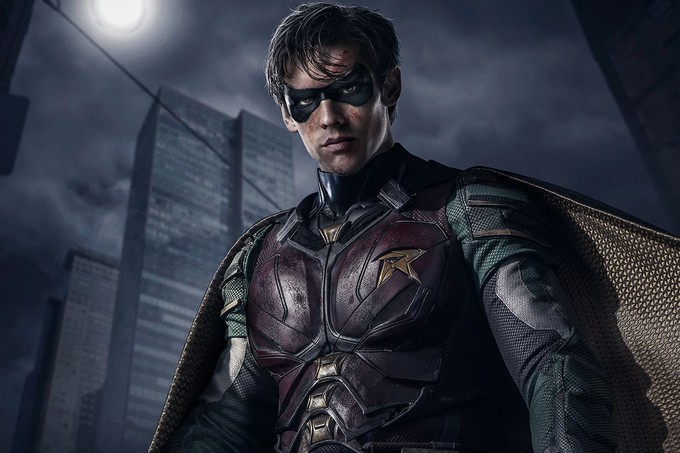 Which is probably the biggest drawback of the show; as a season, whose chief arc is the intersection of Starfire and Raven, it seemed convoluted and gimmicky to end on an episode showing Dick Grayson lead a police manhunt and eventually kill Batman. Granted, it only happens in his mind thanks to the manipulations of Trigon, but it reeks of a cheap stunt. It’s insulting that, as the viewer, we have to realize that the showrunners said aloud “If we don’t put Batman in this thing, we’re going to lose our viewers.” It shows they had no faith in their own product. Regardless, through this storytelling mechanism we are shown that Dick has truly given in to his darker impulses and so he is poisoned and enslaved by Trigon. Then the season is over.

Now, at first I wanted to believe that this was merely the missteps of new showrunners, but the production team behind TITANS are hardly new at serialized television. Greg Berlanti, Akiva Goldsman, and Geoff Johns are listed as the series creators. You might recognize Berlanti’s name from the current CW Arrowverse, which is now seven seasons strong. I know the impetus is to end the season on a cliffhanger, but this one feels episodic, at best. 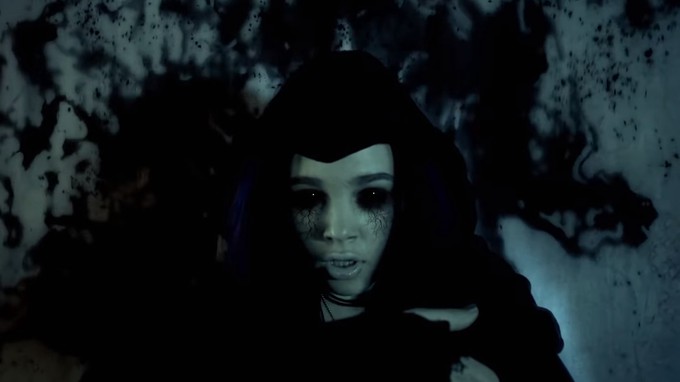 The high point of the season is, in my opinion, episode 9, “Hank and Dawn”. Though secondary characters, the episode shows perhaps some of the most humanizing renditions of “superheroes” as I’ve ever seen in any format. I was enraptured by the backstory of these heroes, and their mutual nourishment of one another as people and avengers. The only off note in the episode is the conclusion; after suffering at the hands of a pederast as a youngster, Hank is devoted to punishing predators in his neighborhood, but stops short of going after his own abuser. Dawn takes it upon herself to hunt down the bastard, and when Hank arrives to remove her from the situation, she insists on staying and they deliver their form of justice together. Then, when they’ve returned to Hank’s apartment after the deed, she decides to reward him with sex. It just seemed… strange.

Although those moments, as well as the odd handling of Starfire’s amnesia and murderous tendencies, serve as detractors for the series, the successes it holds are worthy of celebration, and I’ll be interested to see what develops in season 2, as well as the Doom Patrol’s separate adventures.

What do you all think? Did you see the show, and did you love it or hate it or a little bit of both? And are you a DC Universe subscriber with a different experience you’d like to share?

Wishing you all a safe and happy new year!