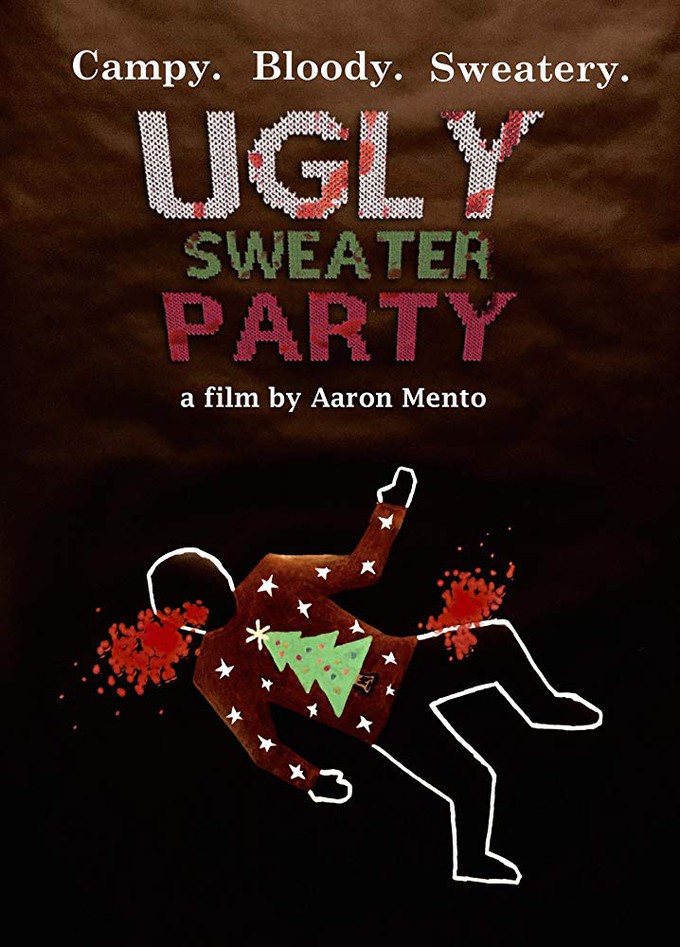 We transition to Cliff (Charles Chudabala) and Jody (Hunter Johnson) who must obtain an ugly X-mas sweater if they’re going to get laid.  Susan (Tiffani Fest) and Samantha (Emily Dahm) have invited the boys to their ugly sweater party, held at a heavily homo-erotic tinged Christian camp. 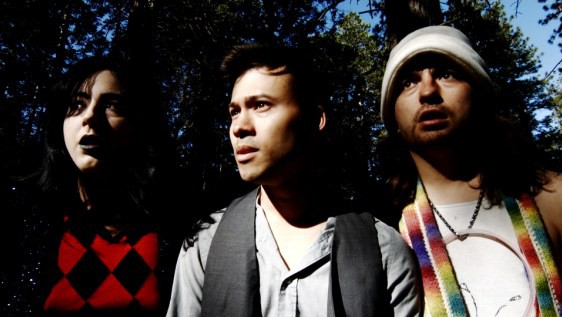 The boys and their budding relationship with the girls is the main focus of this largely unfocused film.

UGLY SWEATER PARTY is a medley of ideas that never quite converge together.  While watching this one I couldn’t help but feel like it would benefit being converted to an anthology.  Cutting some of the looser ideas into separate wholes would have benefitted the film immensely.

There’s an unexplainable satanic death metal band that helps the fired groundskeeper.  They help him get clarity once he finalizes his laser gun invention and plan for payback.  Yes, you read that right.

There’s the clearly still in the closet camp counselor that hires a lot of buffed up shirtless dudes around camp.

There’s an unexplainable need to cut away, too many times to count, to that earlier bad cop crawling on all fours.  His story seems to be the piece that will tie everything together until he shows up at the camp and his storyline is killed immediately.

The actors clearly had fun filming this one.  That much seems undeniable.  The lines given are pretty humorous at times and fall dead flat others.  In the end it feels like the makers are having a lot more fun than, we the audience are.  I wanted to like this one, the concept seems simple enough.  It just never came together for me. 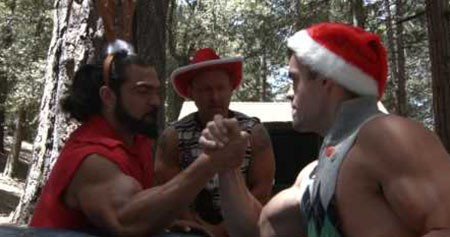 I do applaud the audacity of this movie.  There are a lot of great ideas here and some not so grand.  In the end it just doesn’t come together.  I was stuck laughing at the film rather than alongside it at times.

The editing is mind-boggling, which in itself is too bad because the cinematography is an asset.  There are at least a few scenes of decent gore hidden in UGLY SWEATER PARTY, just not enough for me to recommend it.  Unless of course you imbibe and have fun drinking games with ridiculous concepts. Then this movie is absolutely a must see! 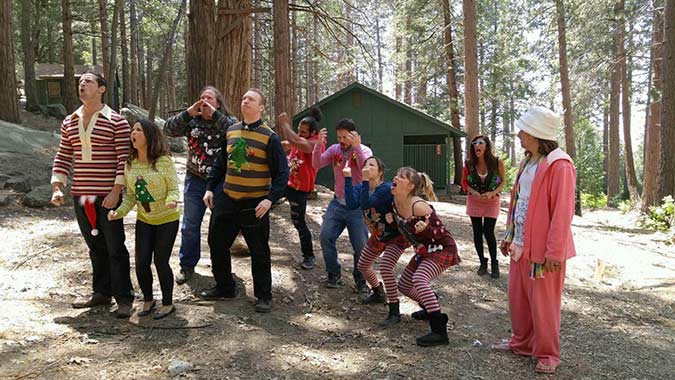 Aaron Mento wrote and directed here.  I hope his next one has more clarity.  UGLY SWEATER PARTY needed to choose to be either a gore-fest as is, or have much more attention given to the writing/storyline.

While I didn’t hate UGLY SWEATER PARTY, I can’t recommend it for even the biggest horror fans.

UGLY SWEATER PARTY is available now in most formats. 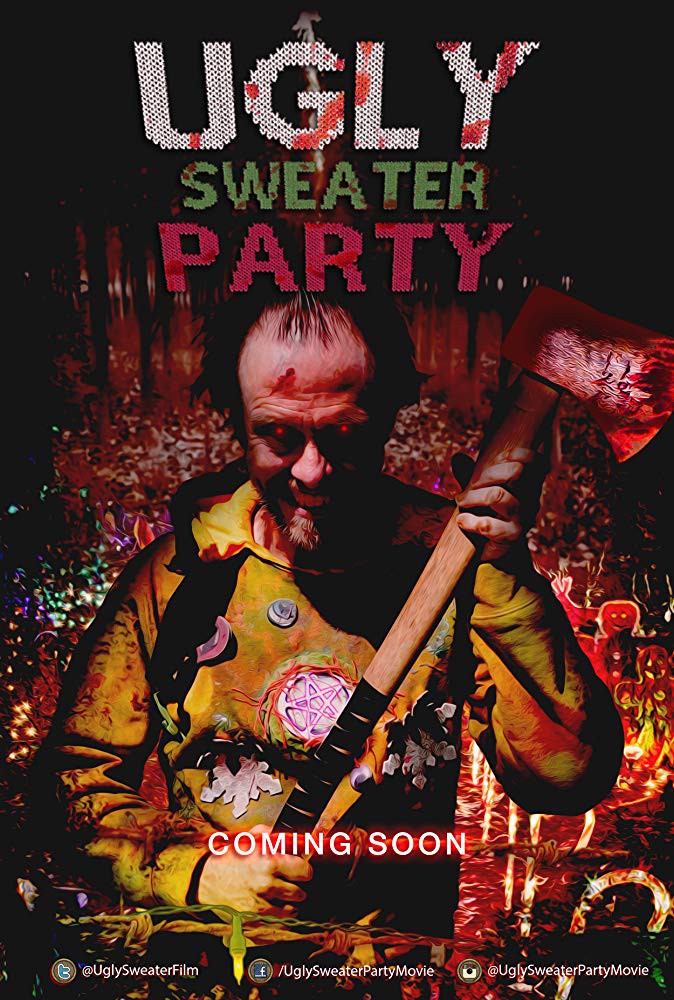