Is Bella Thorne a RIDE or die? 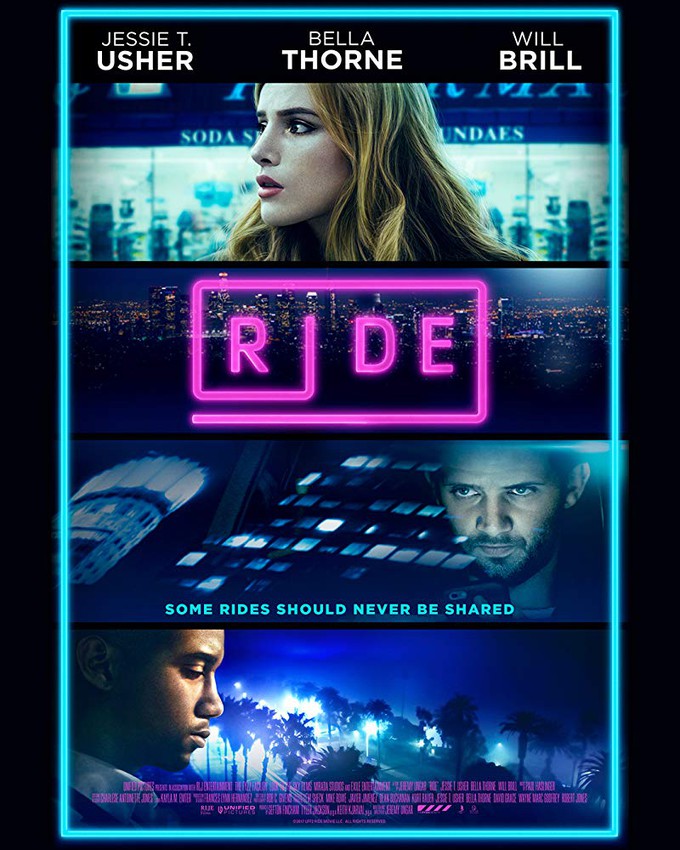 RIDE has three actors sharing a Lyft ride from hell.  It all starts innocently enough, with a forced romance shoved through some stilted dialogue.  James (Jessie T. Usher) Is the Lyft driver just making some extra dough after an acting audition.  He’s like the majority of LA, a struggling actor working side jobs until he strikes gold.  Up pops a new ride request from Jessica (Bella Thorne) and the hormones get cooking as he races to see the beauty.

Insert the forced romance here.  It’s unnatural and doesn’t feel honest but there’s a cuteness lying at the edge that keeps it from failing the film.  Most of us can attest to the unnatural talk that emanates from the backseat of a Lyft/Uber.  It all ends with Jessica inviting James to party with her and James making sure the movie has a longer run time by denying her.  A mistake he will come to regret. 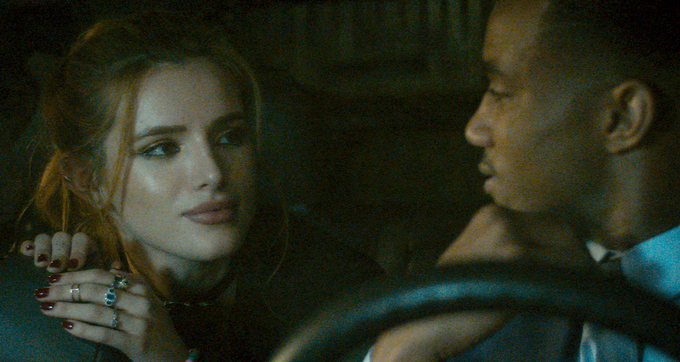 His next passenger is Bruno (Will Brill) who brings the party with him.  He’s loud and in your face and quite a bit charming.  RIDE needs Bruno in the passenger seat in order to get moving.  Bruno befriends James and encourages him to live a little.  It works but there’s an underlying itch you can’t scratch about Bruno.

Will Brill plays the exact opposite of his character Charlie in THE EYES OF MY MOTHER.  Charlie in "Eyes" ends up sapped of energy and begging to be killed after his dreaded mistake of murdering the wrong mother.  Will made you feel sorrow for his blindfolded character, even though when you’re first introduced to him he’s the monster parents worn their children about.

In RIDE Will is the cup of coffee that keeps you awake and engaged.  Without him I don’t think the budding romance or story work very well.  Bruno is the blood that pumps in these veins.  He takes us on a ‘ride’ that keeps us on our toes.  We know there’s something off about Bruno but he’s always smiling and saying funny things.

Jeremey Ungar directs his first feature length film here.  There’s a steady tension that’s built as Bruno ups his game playing with the fellow passengers.  The cinematography (Rob Givens) is fantastic and the flashiest thing on screen besides Bella’s smile.  The music is fun, even daring to give more airplay for R. Kelly.

There’s no gore here.  There’s no jump scares.  This is just frenetic filmmaking with a somewhat cheesy concept that achieves its goals.  I wouldn’t call it horror myself, more a hyper thrill ride that has danger lurking in the background.

RIDE comes in at a crisp and smooth 1h 19min.  You’re in and out of that chauffeured vehicle before you know it.  If you’re interested in this RIDE it’s available in most formats as I write this.

6 out of 10 Lyft drivers are Uber boring