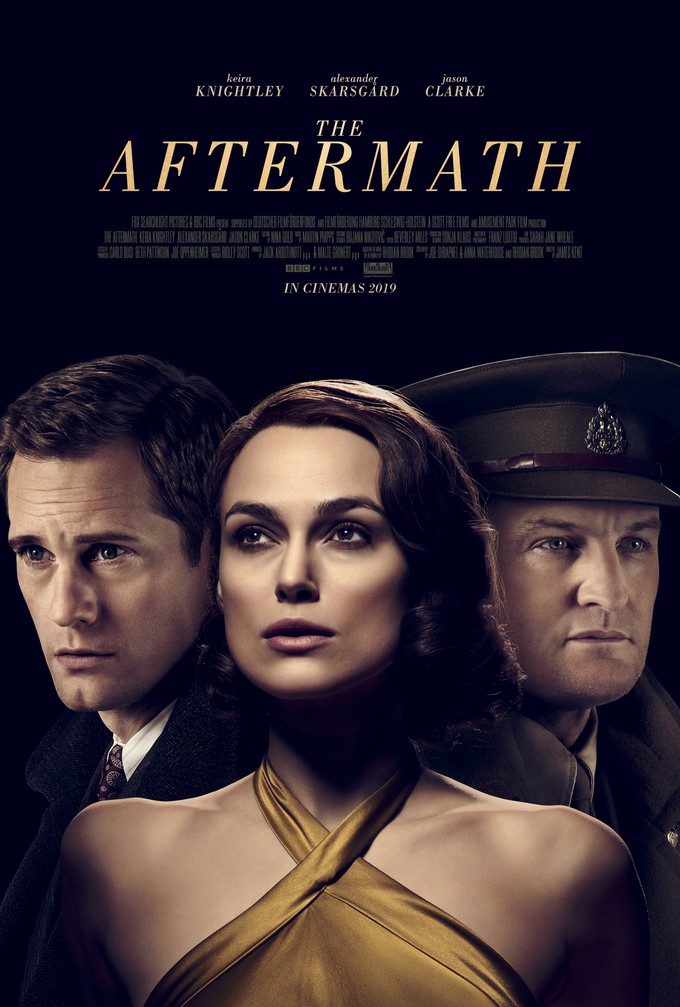 Fox Searchlight describes "THE AFTERMATH" as-

"THE AFTERMATH is set in postwar Germany in 1946. Rachael Morgan (Keira Knightley) arrives in the ruins of Hamburg in the bitter winter, to be reunited with her husband Lewis (Jason Clarke), a British colonel charged with rebuilding the shattered city. But as they set off for their new home, Rachael is stunned to discover that Lewis has made an unexpected decision: They will be sharing the grand house with its previous owners, a German widower (Alexander Skarsgård) and his troubled daughter. In this charged atmosphere, enmity and grief give way to passion and betrayal."

Here is the riveting trailer.

"THE AFTERMATH" is set to hit theaters in the UK on March 1st, in Germany on April 4th, Russia on April 25th, and the grand ole U.S. of A.  gets "THE AFTERMATH" on April 26th. I enjoyed the trailer and the human awkwardness of dealing with the aftermath of a world war and those left to pick up the pieces rebuild and rekindle international relationships. What do all of you out there in Geeklandia think of the trailer?