THE CLOVEHITCH KILLER binds you to your seat!

Freddy Beans here with a review of a creepy good horror film THE CLOVEHITCH KILLER. 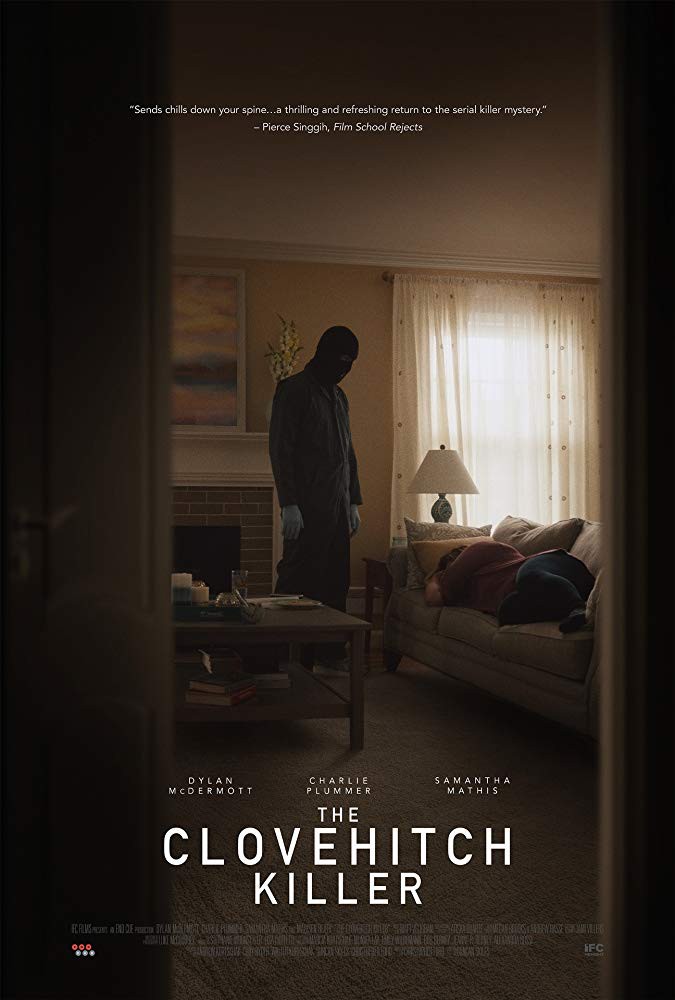 This one follows an ideal family as they eat together, live together and pray together in a banal Kentucky town.  Nothing exciting ever happens here, well except for those 10 bondage tied murders over a short period of time.

The inspiration for the movie’s title, the clovehitch knot was used to bind the victims.

This one starts with Tyler Burnside (Charlie Plummer) becoming the focus of the entire teenage population in small town Kentucky.   It’s all a misunderstanding stemming from borrowing his dad’s truck, for a simple date.  Opportunity is lost when the lover’s point moment is deadened by a risqué picture she finds and he swears isn’t his.  The next morning his name is ruined, even his best friend doesn’t want to be seen with him.  The picture is too much for this quaint little town and he becomes an outsider almost immediately.  The only connection left to him is his picture perfect family.  Except now that everything isn’t perfect, Tyler notices things he’s roundly ignored.  Tyler starts disobeying his father, who makes it clear nightly that good children obey their parents.  This is a stifling Christian family, mistaking obedience for love and respect. 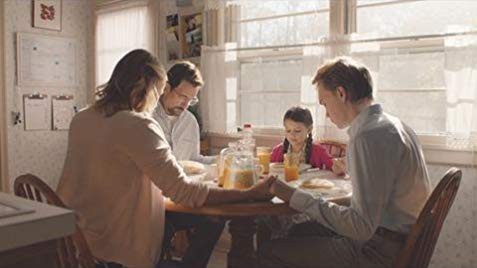 Tyler starts putting things together like a regular Encyclopedia Brown.  His world and the clovehitch killer’s world are entwined by a polaroid and Tyler is left with a harrowing question that hits way too close to home.  Anymore would give this movie away.  Its tension is built on not knowing anything.  The less you know here the better.

Kassi (Madisen Beaty) and Tyler (Charlie Plummer) create an outsider crime solving duo that works great.  Their acting carries this film in many scenes.  Kassi being the indigent teenager that has accepted her place in the local folklore.  Tyler begrudgingly accepting his, even while every decision seems to unearth long hidden skeletons. 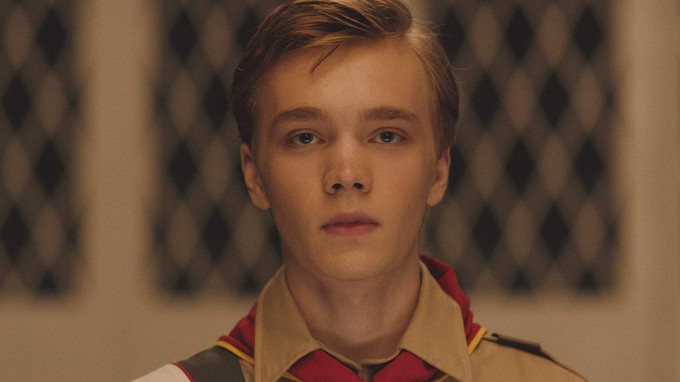 Some of Tyler’s decisions are absolutely tragic.  He’s lived a life of obedience so even when he’s confronted with realities that don’t fit his simple life, he accepts the version told to him and makes Shakespearean level disheartening choices.

Tyler’s parents, Cindy (Samantha Mathis) and Don (Dylan McDermott) are fantastic as the boring rule-making team centered on Christianity and the Boy Scouts.  Cindy does a lot with her naïve character, lending her the depth necessary to pull off the uncomfortable ending.

The standout actor here is also the biggest surprise for me.  Dylan McDermott is perfection as Don, the quirky Boy Scout leader and father.  I’m not exaggerating at all to say I don’t see anyone else playing Don, he personified the character so wonderfully.  Don demands loyalty and obedience but isn’t hateful and showcases a lot of love trying to instill these values in his children.  After this one I absolutely want to see whatever Dylan does next, he’s that good here. 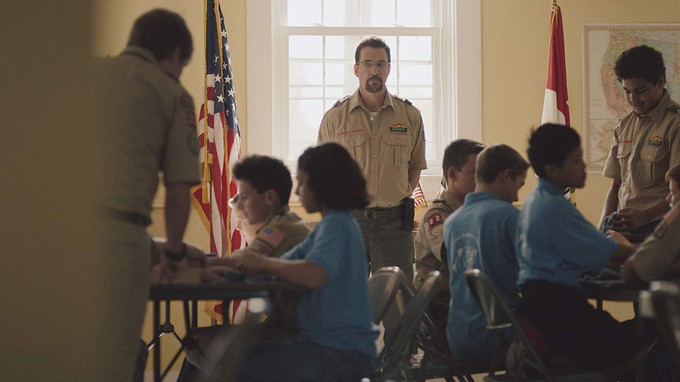 THE CLOVEHITCH KILLER himself is a cross between BTK and Buffalo Bill (SILENCE OF THE LAMBS).  When his emotions get worked up, he unleashes them in horrific fashion on the first unsuspecting single lady he finds in the grocery store.  The film switching gears gloriously to the tune of, Ronnie D’Addario’s, “Yesterday’s news.”

This movie doesn’t rely on jump scares at all.  There’s no gore on screen either.  This is a slow burner, more in common with FUNNY GAMES or MY FRIEND DAHMER.  This will infuriate the Michael Bay crowd and properly entice the lovers of all things cinema.
The cinematography by Luke McCoubrey must be mentioned.  It's filmed through a unique filter that keeps everything lit up in an old-timey way.  It’s like watching the film on an old postcard, the middle lit and the exterior yellowing.

Christopher Ford (COP CAR) wrote the screenplay off of an idea by the director Duncan Skiles.  The screenplay slowly unfolding, building an almost unbearable amount of tension as it goes.  Duncan directs THE CLOVEHITCH KILLER so masterfully it’s hard to believe it’s his first feature film.  Mr. Skiles is one to look out for.  And proper kudo’s to you for showing the family at the end trying to make normalcy out of what’s left!

I really can’t recommend this one enough.  The only negative I have is it’s a slow-burner. Personally, I don’t find it a negative and feel it amped up the tension forcing our heads to go places the film didn’t.  Our imagination is what’s at play here.  Duncan teases and taunts our emotions and makes our minds the killer to look out for by the movie’s end.