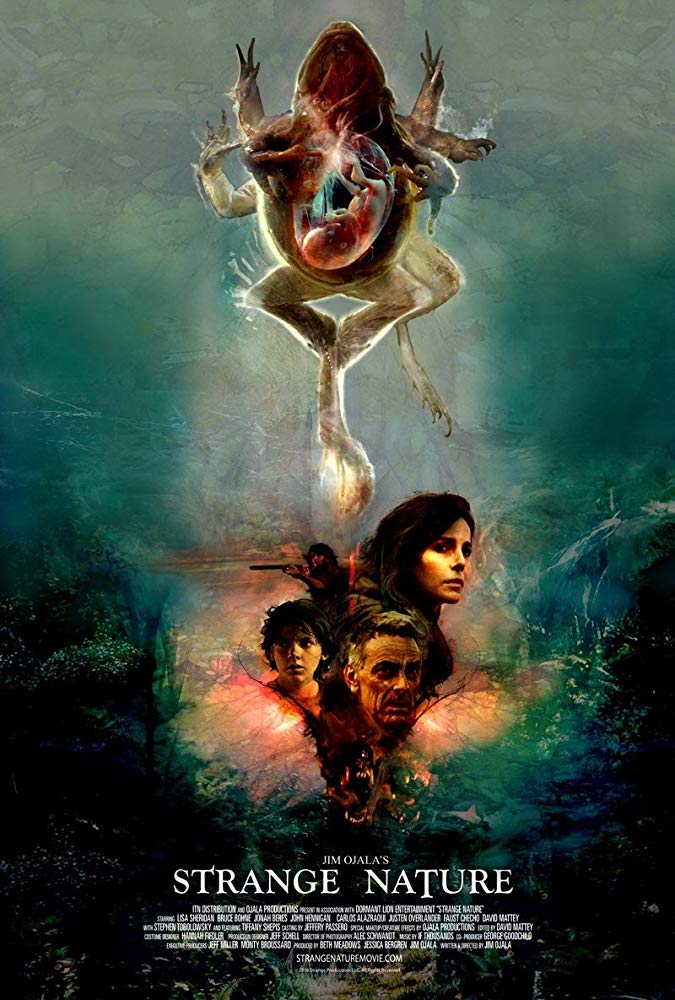 STRANGE NATURE starts with the trusted “based on true events” flashing on the screen and almost immediately makes you giggle at the notion.  The true events part lies solely in, a bunch of kids on a field trip in 1995 discovered a bunch of deformed frogs in Minnesota.

STRANGE NATURE opens on a montage of frog mutations ending on a darkly prophetic thought.  What if this mutation stuff started affecting humans?

We’re shown the lush landscape of Lake Superior in shots with fantastic cinematography.  I literally wanted to visit Minnesota after watching it. This entire movie is beautiful throughout its runtime. (1 hour 40 minutes)

Zoom in on a mom (Lisa Sheridan) and her son Brody (Jonah Beres) driving through the surrounding forest to see Chuck (Bruce Bohne).  Chuck, otherwise known as “Grandpa”, is having a medical procedure and needs his supportive family by his side.  They arrive and it’s the Country Bears all over the walls in Chuck's cabin, tons of animal heads all crested around a shotgun.  I bet that thing comes in handy.  I'm not sure if all the apparent nods I saw to other horror films, like this one to Evil Dead II, were intended but the movie is littered with them.

And we're back to those aforementioned kids on a field trip who find a bunch of mutated frogs they bring back to school.

One undeniable thing is STRANGE NATURE is extremely self-aware.  It’s a self-parody in a lot of ways, that has an awful lot of fun telling its charming story of frog mutations, bonding family, and a mom with way too much time on her hands.

Lisa Sheridan plays the mom Kim Sweet.  Chasing down the reasons for all these mutations that start with the amphibians and morph into well, all things into the local water supply due to the cause being a local chemical plant.  There’s a economy dependent on the plant creating all these mutations so no one wants to be helpful.  Least of all Mayor Paulson (Stephen Tobolowsky). You see, eventually she finds the town fills its job force through the company American Patriot Chemicals, the plant which is probably also causing all the mutations in town.  Kim’s interactions with the Mayor are pretty humorous as she slowly burns into the mayor’s cranium that the beach has to get shut down before the shark attacks others.  Like I said, there's tons of subtle call outs to some of my favorite horror movies.  Her cause is more about a chemical plant getting shut down than a shark, but you get the gist.

There’s mentions of Chloroprene having a history of causing mutations, a little digging and down-home detective work and then we’re shown the deformities occurring soon after. Each of these creatures is shown to us in all their beauty and I love this film for having the balls to do so.  It's fantastic FX work that really sells the ridiculously deformed modern-day BASKET CASE-like creatures on screen. 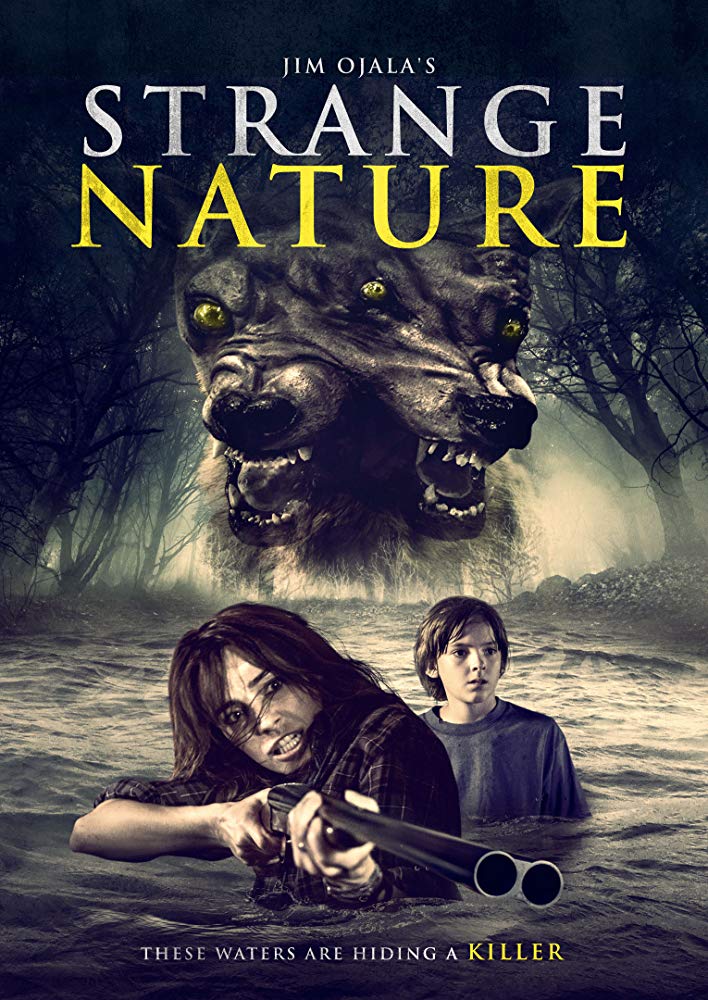 John Hennigan (The Johnny Impact!!!) plays Sam, the redneck hero next door, who runs out on his wife when she brings an um, baby into the world.  However, he’s a good guy at heart and showcases that by the end of this thing.

I mean it’s a movie about mutant frogs overtaking an unsuspecting town and it absolutely nails it.  I can’t explain how much I really enjoyed my time watching this unique experience.

It’s like EVIL DEAD, I HEART HUCKABEES, ERIN BROCKOVICH, and SLITHER all got together in a hoe-down and kicked STRANGE NATURE into existence.  Rearing a grotesque roller coaster of non-stop absurdity all their own.

James Ojala wrote and directed this brilliant freshman effort for a feature film.  I can’t wait to see what he does next!

8.5 out of 10 frogs feel Kermit could do better than that pig 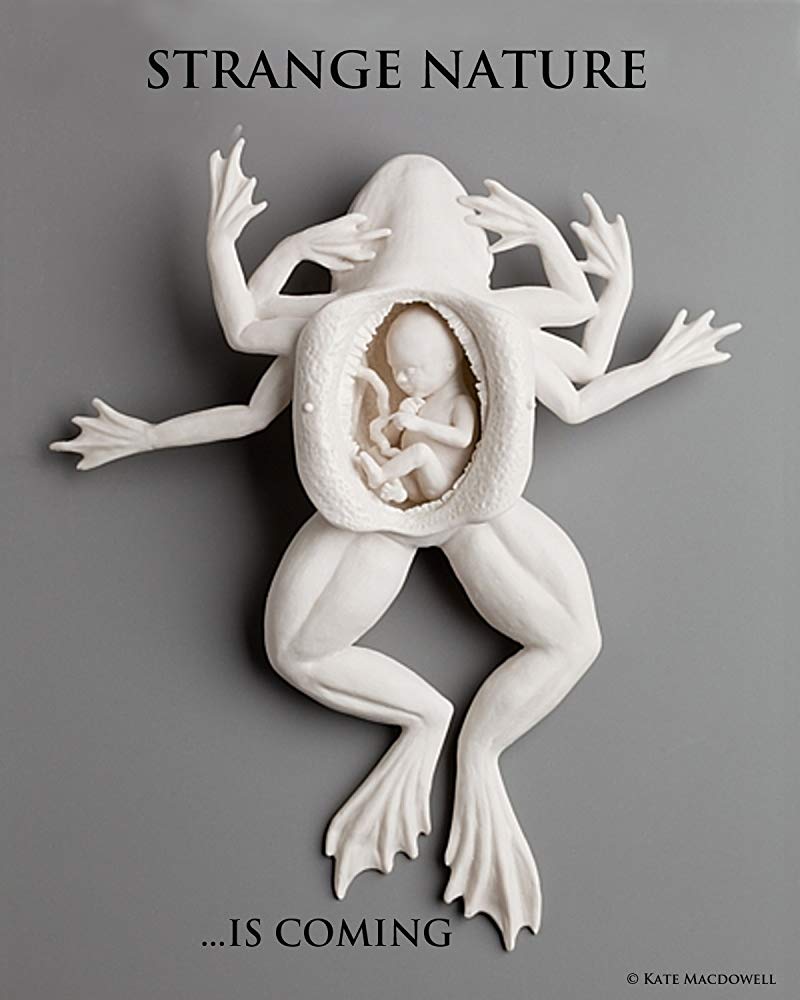