Guest reviewer 'SuperPoweredFan' returns with a look at PEPPERMINT!

I was raised on big budget and B movie action flicks. I revelled in the spectacle of films like DIE HARD and LETHAL WEAPON as well as revenge films like DEATH WISH starring Charles Bronson. From the first preview of PEPPERMINT, I had a pretty good idea what was going to happen in the film and while I wasn’t particularly hyped to see it, I did decide to give it a shot.

PEPPERMINT is the story of Riley North. Riley (Jennifer Garner) is a suburban Los Angeles wife and mother who works at a bank. She and her husband Chris (Jeff Hephner) are dealing with financial issues while they raise their daughter Carly (Cailey Fleming). After Chris is offered an opportunity from his shady buddy, he considers it. Unfortunately, the offer is to be a driver for his buddy who is planning to rob a drug dealer. Not just any drug dealer, THE drug dealer Diego Garcia. 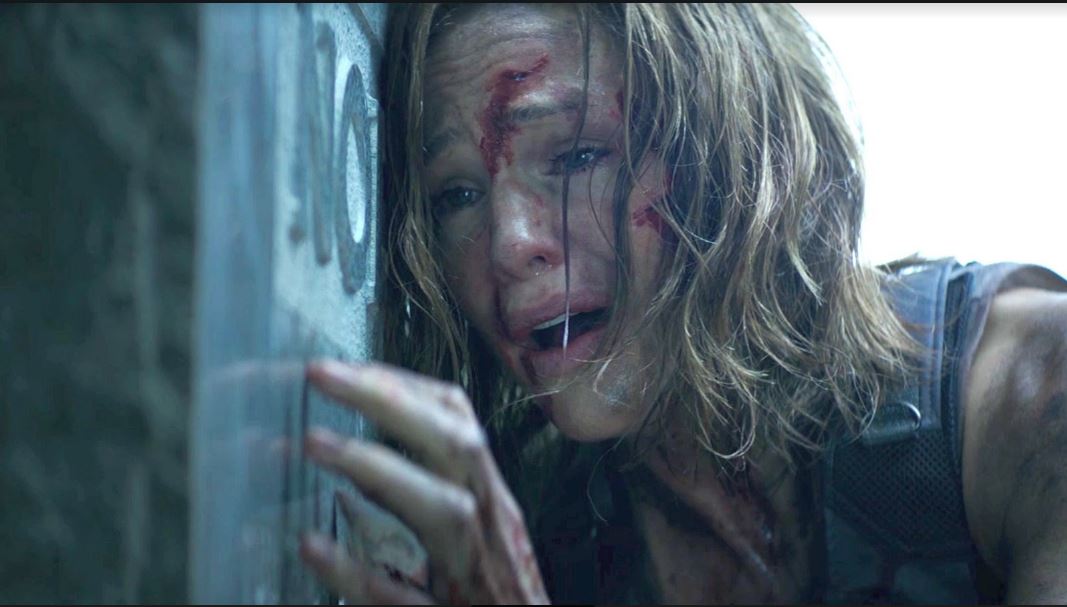 Chris decides to back out of the plan, but it’s too late. Chris’ buddy has been tortured by Garcia and the dealer has put a hit out on Chris. With the North family at their local carnival having a good time, Riley’s family is slaughtered in a drive by which results in her getting shot as well. After recovering, she is bombarded with corrupt cops, crooked judges, shady lawyers and has to run for her life. Five years later, she returns with a vengeance.

As a fan of the TV series ALIAS, I was gratified that Jennifer Garner was able to come back to the big screen in a bad ass action role. Unfortunately, she wasn’t given much to work with in in a plot so thin it would float away if breathed on. Not only was the plot thin, but no one seemed to care if anything made sense. Riley escapes police custody, the state and the country after stealing from her bank and no one questions how she developed the skills to evade law enforcement in multiple countries for years. She just shows up five years later with the skills necessary to take on the worst Mexican drug gang in the city. 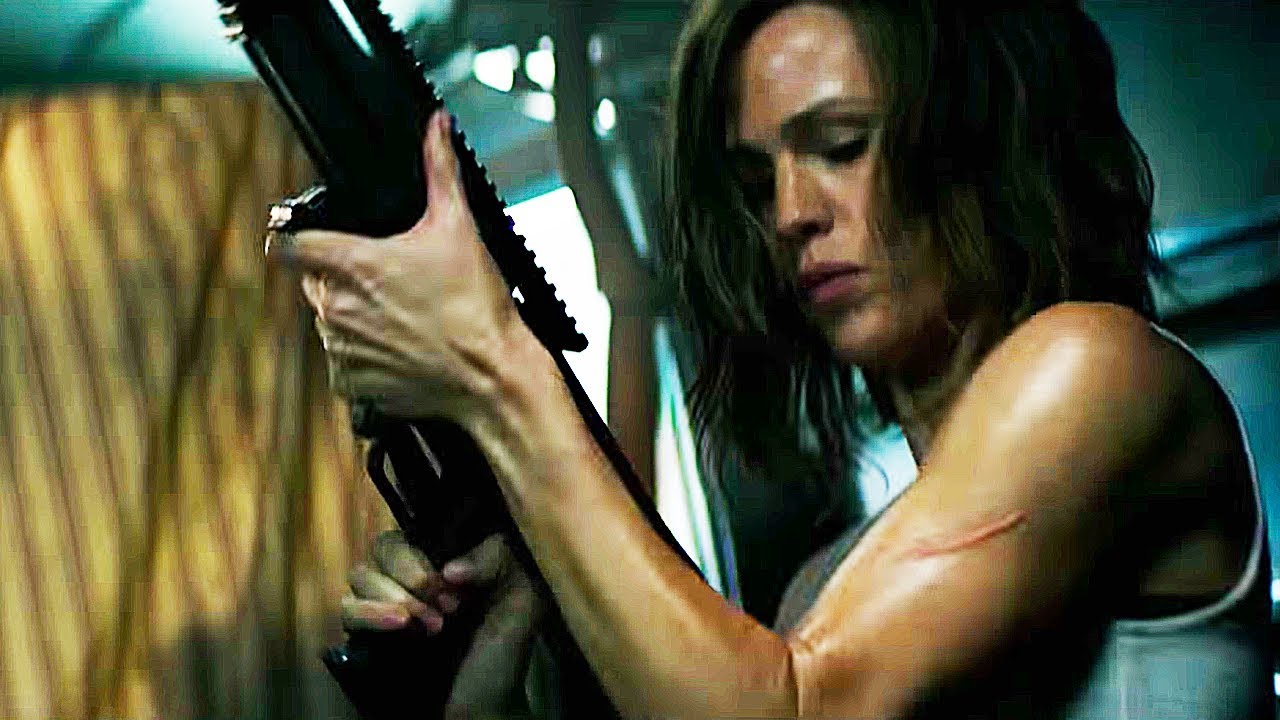 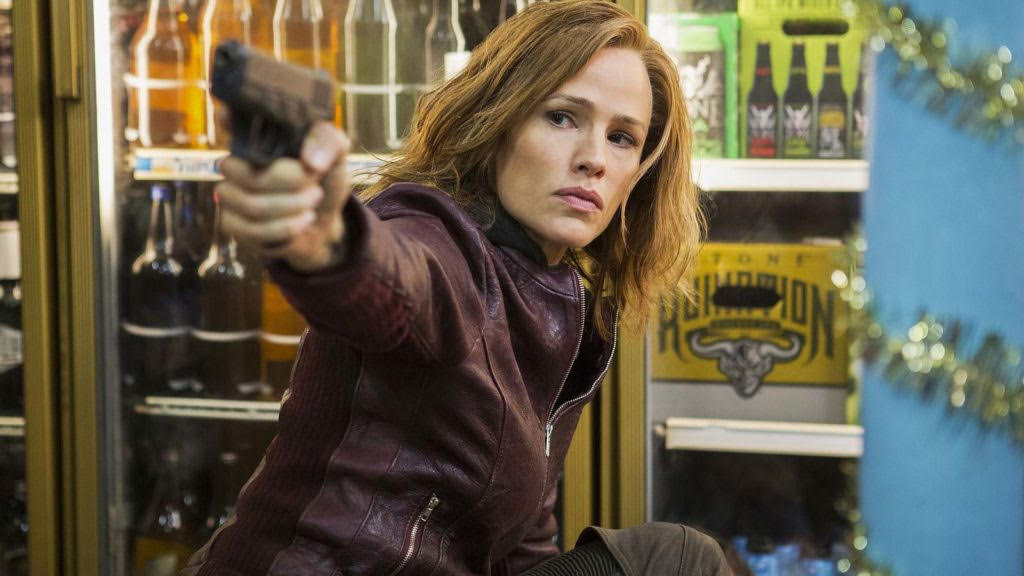 As for the villains, they are typical uninspired Mexican stereotypes. In fact, every person of colour in the film is either criminal, corrupt, ineffective or indifferent. Of course, the Mexican drug gang leader has statues of the Virgin Mary everywhere that he prays to. Of course, he keeps his woman captive and beats her. Of course, the Latino police detective is suspected to be on the take. No stereotype is left out and it is clear what the filmmakers were trying to say and who they were saying it to. 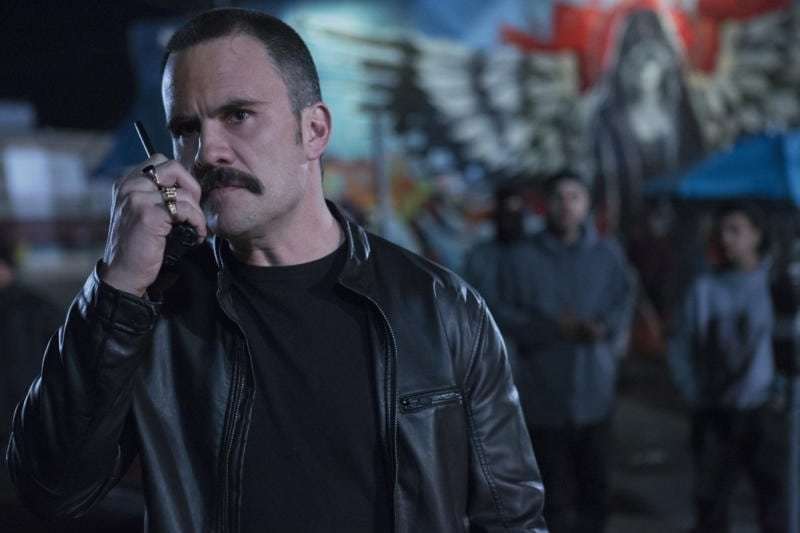 The action in the film is actually really good and Garner does her best with what little she has to work with, but the movie felt like it was only halfway finished. Plot was the first thing sacrificed, followed immediately by character. The movie is a mess that fails on almost every level with its thin plot, rampant stereotyping and uninspired conclusion. I was disappointed, dissatisfied and annoyed after watching this movie.

Check out my podcast: The Super Powered Fancast