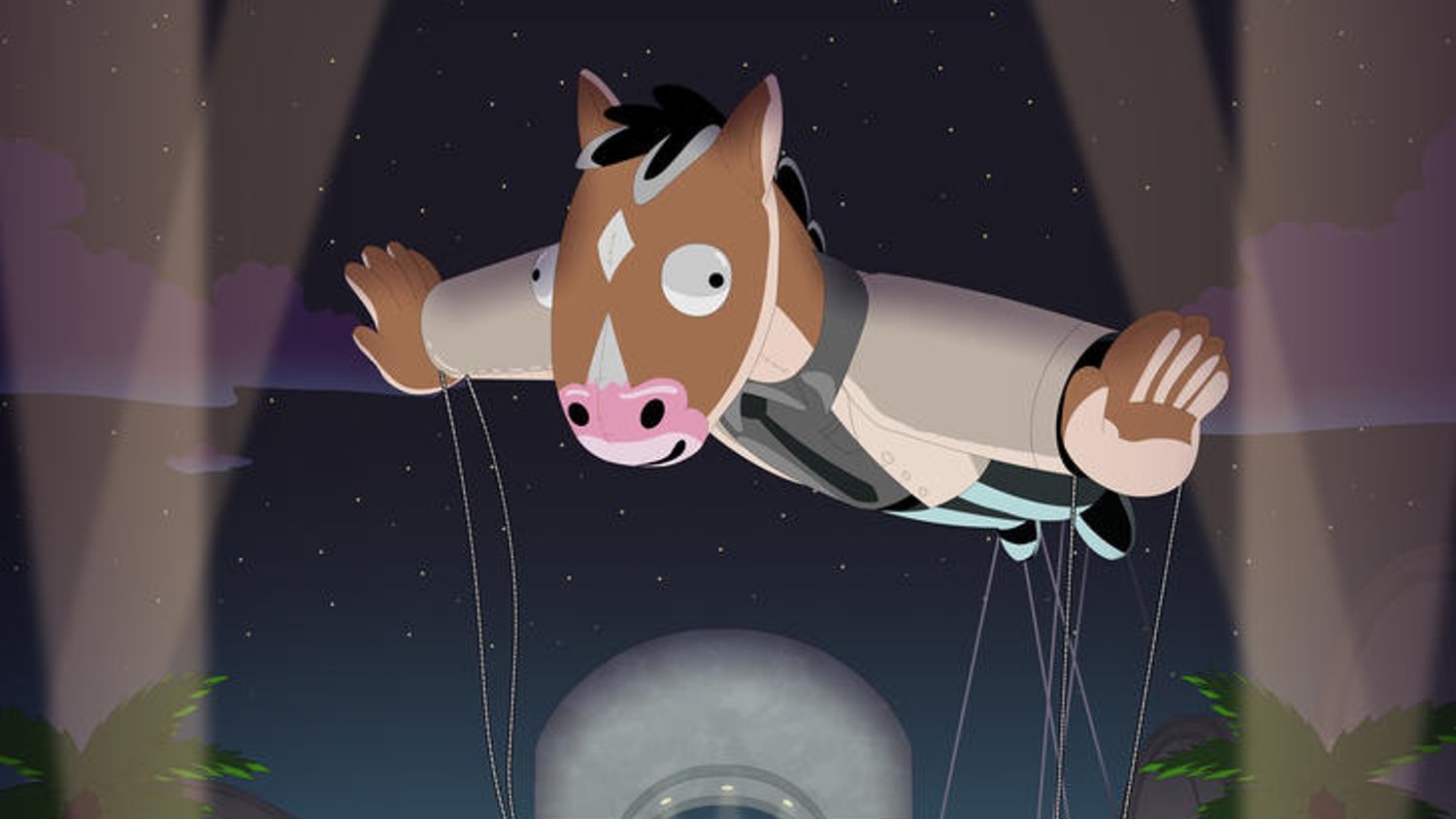 BOJACK HORSEMAN is one of my animation LOVES right now, and I’m so excited for the new season coming out in September 14th! (The same day as the first season of DRAGON PRINCE!)

They sure are not pulling any punches. “It’s confusing, which means the show is daring and smart.”

A recurring message that BOJACK HORSEMAN delivers is that real life isn’t like a sitcom, and things don’t neatly tie up in the end and go back to exactly how they were. However, this trailer makes me think it’s kind of just what it says it isn’t, but in a more negative manner. Bojack almost never learns, and that’s why we keep watching him, right? He just keeps on being a shitty person who makes shitty decisions, but sometimes life lightens up a little bit. Season 4 ended on a unusually happy note, but it appears that BJ goes right back to his same lifestyle plus a sister.

Would love to know what the heck this is about. Knowing the show, someone is either having a breakdown or a drug fueled hallucination.

I think it’s safe to assume that Diane leaves Mr. Peanut Butter and has a sort of breakdown. That’s usually what happens when someone unexpectedly cuts off their hair.

Todd appears to have continued his relationship with a fellow asexual, good for him. But his “ex” Emily is still around, so we may see some drama about that.

Can’t wait for the feels and the depression that is BOJACK HORSEMAN SEASON 5! Catch it next week on Netflix!

~Big Eyes (temporary new avatar until I draw up something else new!)