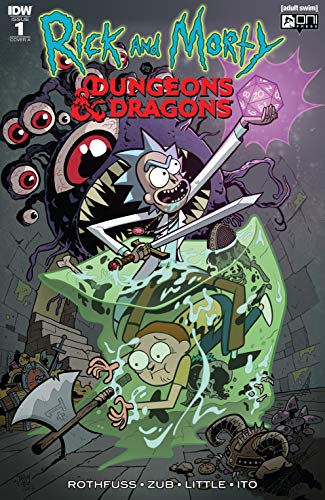 A four part comic miniseries “Rick and Morty vs. Dungeons and Dragons” was released this week! We’ve seen shows like FUTURAMA take on a D&D spin, but that obviously will be a lot more tame than anything we could expect from RICK AND MORTY. Or not, from what I’ve seen of Rick and Morty’s adventures in the comics, which occur in dimension C-132 (as opposed to taking place in C-137 in the show), are short lived and don’t go on long enough to get as f-ed up as the show does. That doesn’t mean that these new ones can’t be fun!

“When Morty needs to learn how to play D&D to keep up with the cool kids, his hard-drinking, old school-gaming, mad science-making grandpa is happy to teach him how to roll the dice, but neither of them is prepared for the saving throws they’re about to fail or the true quest yet to come. Strap on a +1 longsword and grab your 10-foot pole, because this is going to be a gaming gauntlet like no other! The world’s greatest role-playing game. Reality’s most dysfunctional family. What could go wrong?”

Snagged from Newsweek, we have a shot of Morty’s character sheet, where he plays a half-orc. 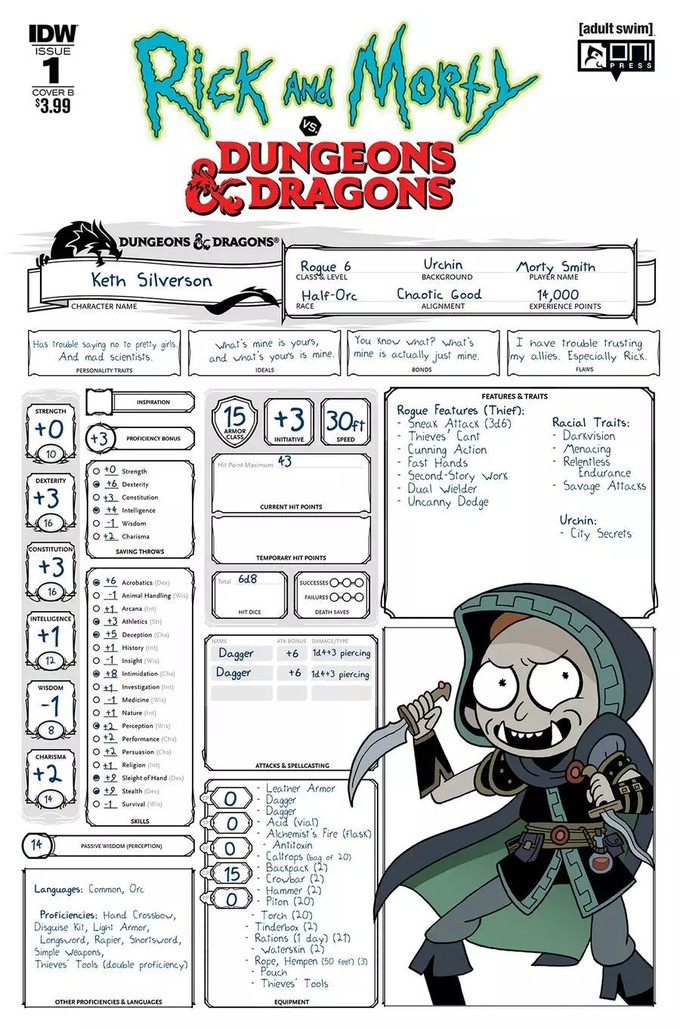 Comics are out now, go get ‘em!