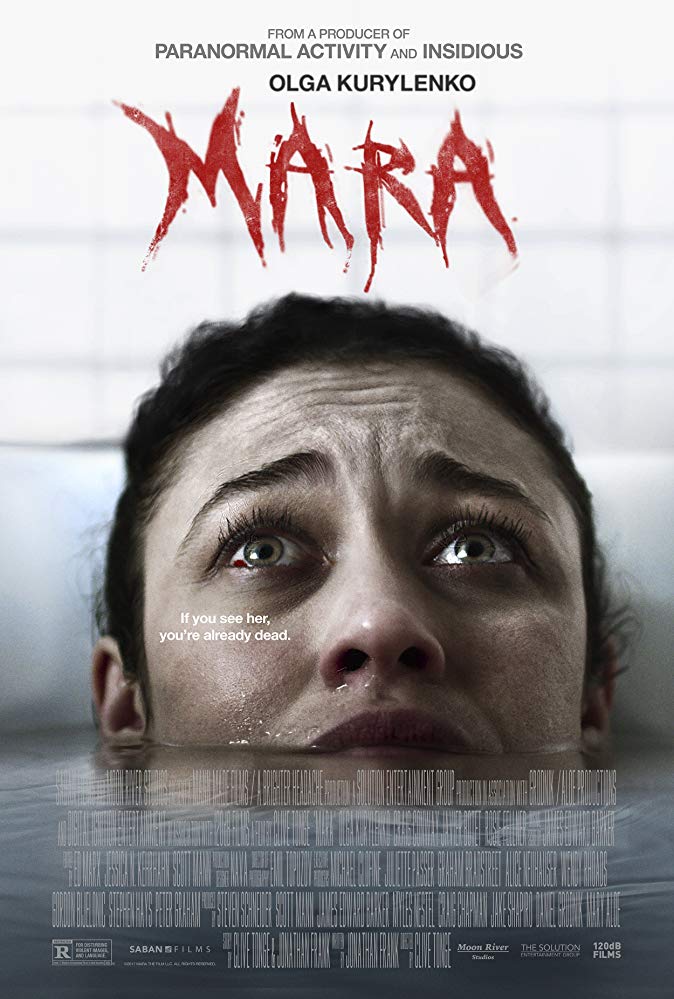 MARA starts with some creepy stats on sleep paralysis, a huge component of the film.  We learn that over 40% of you weirdos suffer from sleep paralysis.  Over 2/3rd of those, describe being attacked by a red-eyed demonic entity.  Sounds pretty frightening honestly.  Unfortunately, I haven’t had anything like this affect me since I was 4 years old,  when an old wall hung ironing board and a coat rack made an all-too-convincing shadowed witch in the hallway.  I tried screaming and had to settle for somewhere close to a zombie gasp.  I was frozen for a good thirty seconds staring at that witch before common sense overtook immediately breaking me free of my paralysis.

There are three states of being as evidenced in the trailer.

And the insidious sounding – Somewhere in-between.

MARA starts off promising.  A little girl named Sophie (Mackenzie Imsand) wakes, gets out of bed, and heads towards the noises permeating the quiet night air.  There’s a nice subtle increase in tension that transitions into grotesque horror as her mother bursts out a door and asks daughter to close her eyes.  The unnaturally bent man on the bed frozen in screaming horror is Sophie’s dad.  Mom shields her daughter from seeing anything beyond that glimpse and becomes the sole suspect as a result. 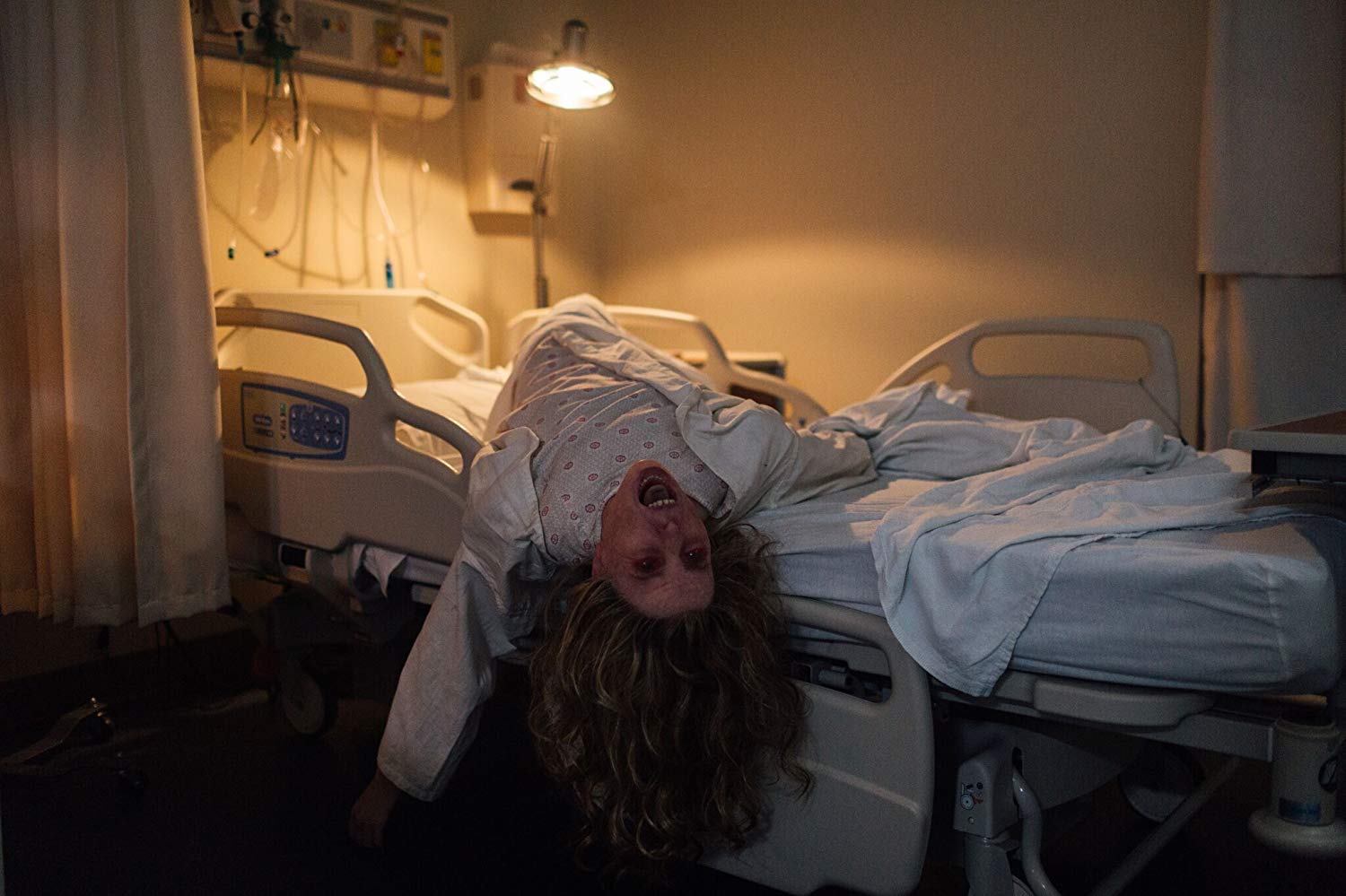 Next, we meet our protagonist, psychologist Kate Fuller, (Olga Kurylenko) as she tries communicating with the shocked kid.  Even crawling under the bed with her and using a toy called “Mr. Fluffy Jo Jo”  to warm up to Sophie in ways others haven’t.  This leaves the little girl comfy enough to blame MARA for all her troubles, not mama….MARA. The problem is her mom is in a psychiatric hospital and won’t speak to anyone but Kate.  There’s a lot of pink eye mixed into the story as our unique Mark of Mara stage 2.  Sorry, jumped ahead there.

There are 4 stages in all.
Stage 1:  Sleep paralysis.  This is where ya wake frozen and unable to move.  It’s covered in a decent but overly-hyped documentary THE NIGHTMARE (https://www.imdb.com/title/tt3317522/)if you want to explore it further.

Stage 2:  She marks you.  By mark, it seems like it means farting in one’s eyeball with all the infected pink eye that sprouts up throughout the film.

Stage 3:  She touches you.  This involves some creepy gyrating courtesy of Javier Botet who plays the titular character, Mara. 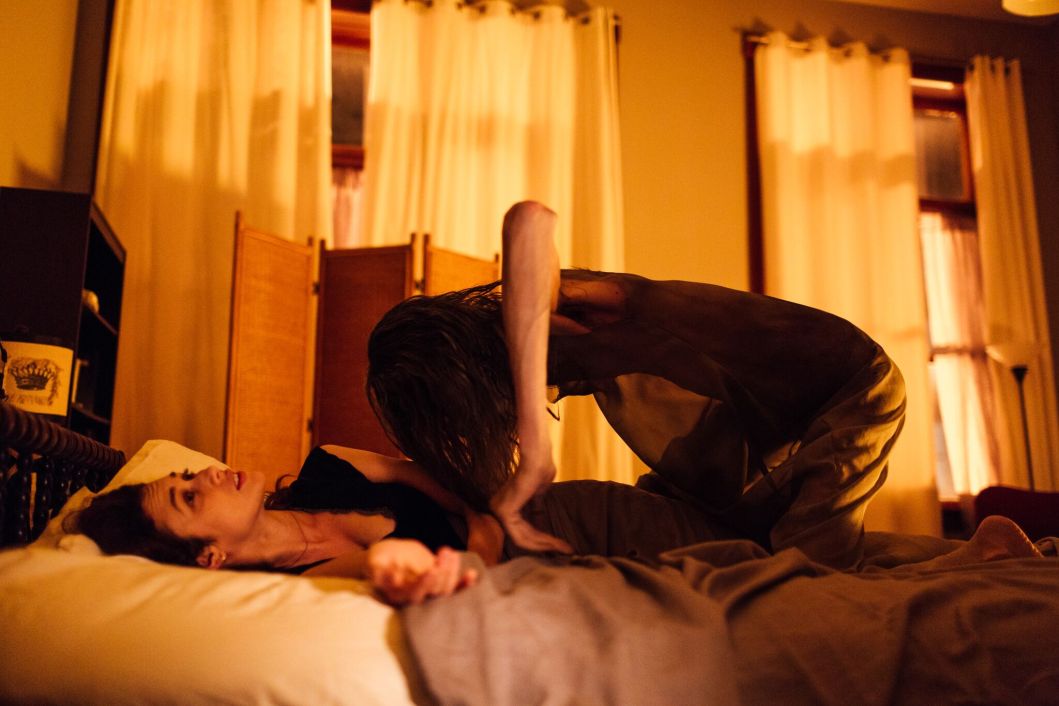 Kate has to figure it all out while Mara slowly starts infecting her life.  Paralysis, then the dreaded pink eye.  I didn’t see anyone try Visine once!  There’s a lot of jump scares that are effective but nothing new.  The acting is decent and didn’t hurt the film at all.  In fact, Dougie (Craig Conway) was a pretty great addition as the crazed friend who knows way too much about this centuries-old Mara character.  He’s perfect early and over-the-top later in ways that simply make the ever-increasing tension work better.  He’s the heart of the movie frankly and doesn’t have enough screen time.

Clive Tonge (director) handles the story competently in his first feature film and ratchets up the tension as needed in key scenes.  There’s some blatant feeling rips from other films, mainly IT FOLLOWS/ HALLOWEEN II/NIGHTMARE ON ELM STREET along with the entire plot theft of DEAD AWAKE.  I think the problem with MARA was nothing truly stands out for me here.  It’s all a decently built horror flick, but nothing feels original.

There is a fantastically set up scene on a ferry that has all kinds of promise and wilts under the promise and pressure.  That scene held so much hope for me and I realized it’s an underutilized naturally creepy environment that isn’t seen enough in movies. 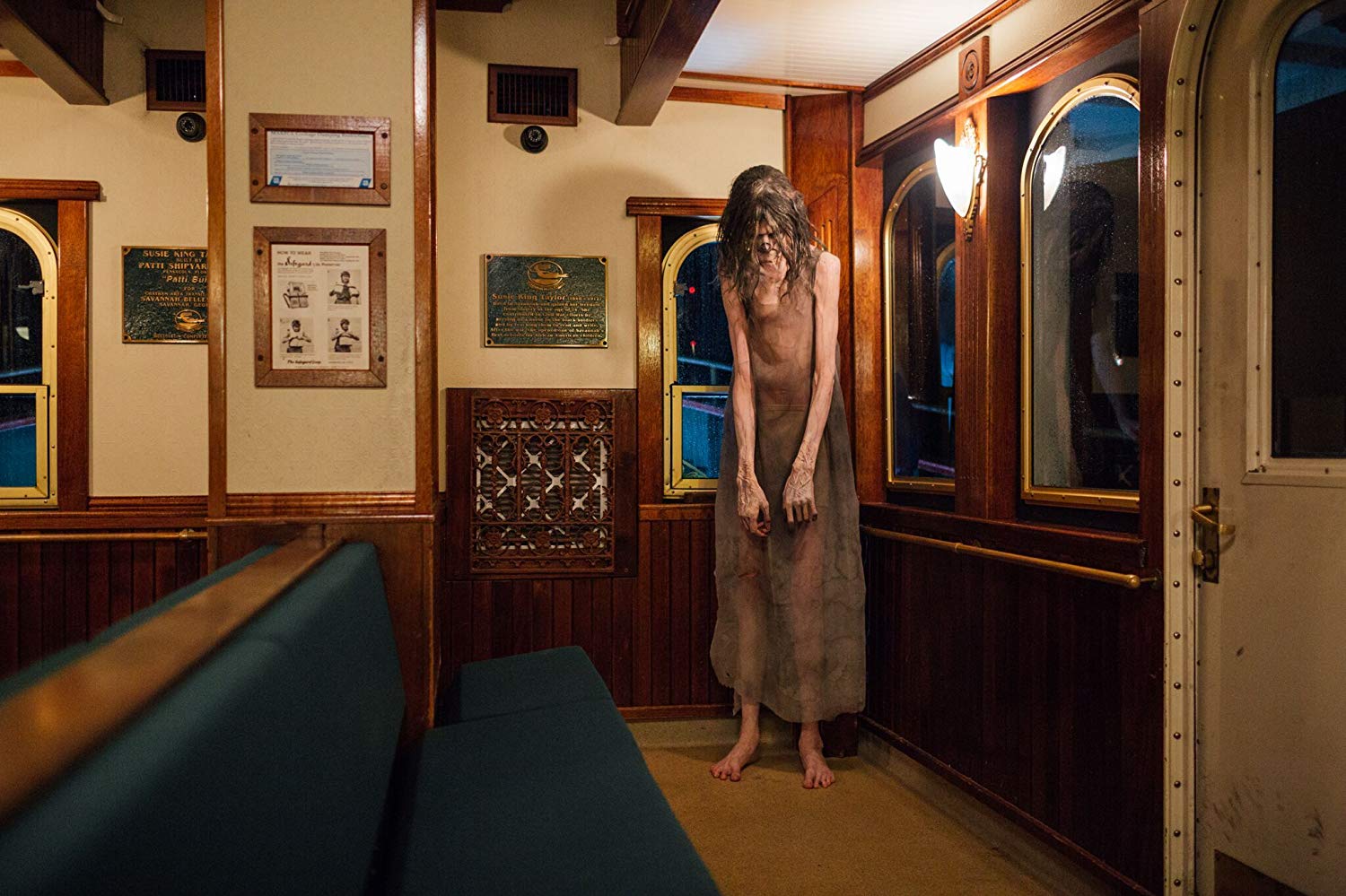 This is a non-gory slow tension builder of a film.  It delivers the mystery immediately, then has fun playing up the creeps very slowly until the big ending.  MARA, as played by Javier, is creepy as hell, but there’s something familiar, she owes a lot of her look and movements to Samara. (THE RING)  Still, every single time she creeps on screen you’re frozen in place worried for her intended victim.

If you like a good creepy thriller that takes its time revealing all its hidden corners or simply suffer from sleep paralysis MARA should be added to your list.

6 out of 10 psychologists hate talking about their mother 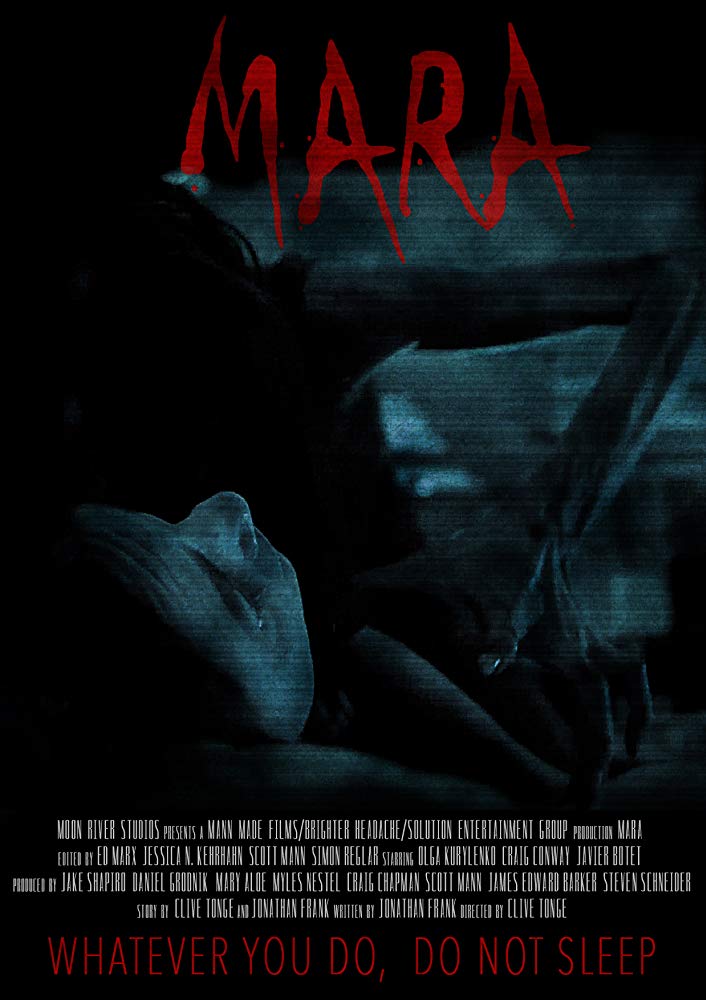