She Devils and Hellcats: the Girl Gangs of Something Weird Video!

If you are a true aficionado of the obscure, you may be familiar with the SOMETHING WEIRD Catalog. And by catalog I mean, literally, a mail order catalog. 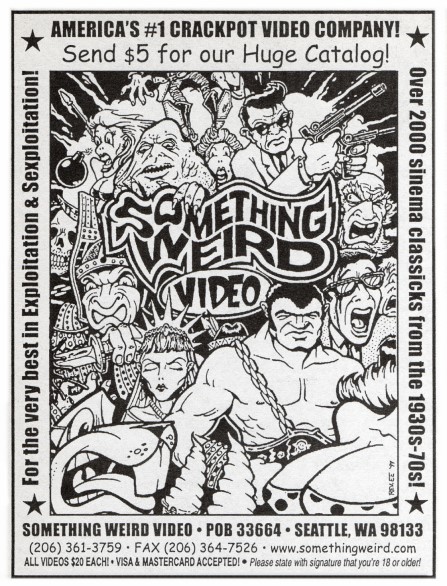 The brainchild of Mike Vraney and partner Lisa Petrucci (whose kitch-inspired art also informed much of the distinctive SOMETHING WEIRD VHS package design), who lovingly found and restored a cache of obscure exploitation films that otherwise would have been bound for the dumpster, Something Weird Video was, and still is, an incredible archive of the cheap, crude, trashy and outrageous. It's as American as apple pie and as pervy as Times Square in its heyday. And it's all been uploaded to the internet for your viewing pleasure.

Well, not all. Recent crackdowns on online smut peddlers have really crippled SWV's online presence in the last couple of years, and they are hurting for sales. So I decided to dust off this old typewriter and come up with something people have been begging me to do for years now: give them some recommendations from the SOMETHING WEIRD VIDEO catalog. It can be pretty overwhelming to try to browse on your own, so let me direct you to some true gems that you can DOWNLOAD RIGHT NOW and watch tonight. (No, I mean it. Seriously. Download these and watch them tonight. You'll be helping SWV and doing yourself a favor in the process.)

Who am I? Well, uh... I used to sell these headshots at the Something Weird Video Table back in the 90s, for $5 a pop. I'm the Jungle Girl. 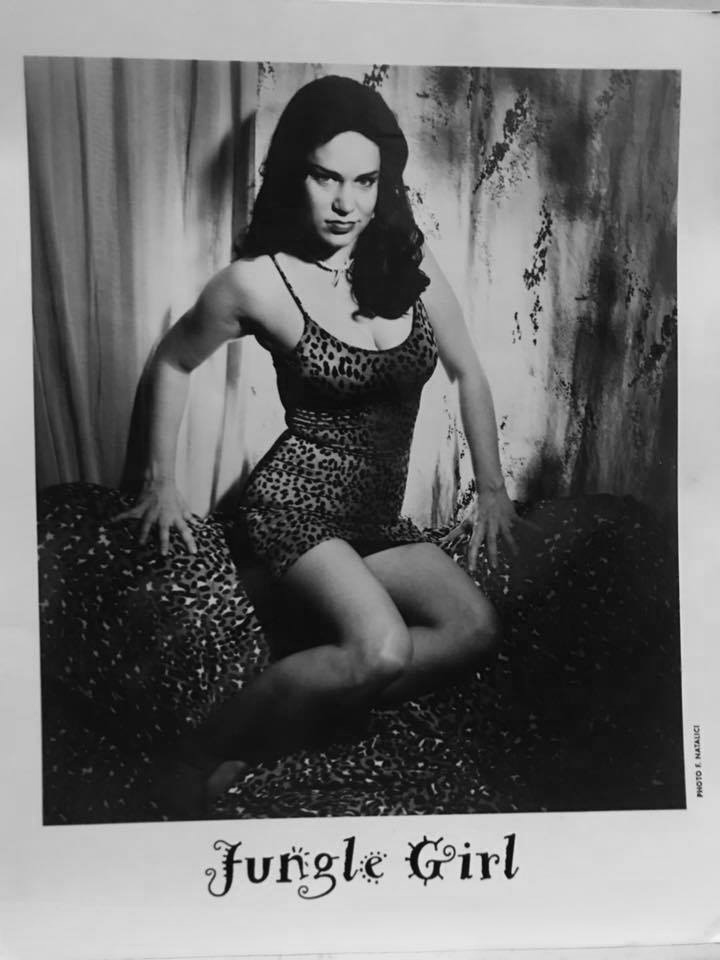 I also introduced a few of those SOMETHING WEIRD videos back in the day,with Johnny Legend and the Aztec Mummy, which you might remember:

One of my all time favorite genres is girl gangs. Honestly, it's the only time you'll ever see a plot with more than two women with agency, talking about something other than a guy (unless, of course, they're discussing how to drag a man under their car, or dope him up with heroin and frame him for murder). It's all the fun of a classic gangster movie, but with an all-female cast!

If you're in the mood to join a girl gang and kick some ass - and who isn't, these days? - here are a few choice cuts from the Something Weird Catalog for you to try.

When the Motion Picture code forbade such topics as sex, drug use and general "immorality" from being addressed onscreen, a few enterprising producers took it upon themselves to actively flout the law, showing their movies in tents and makeshift theaters, and calling them "Roadshow" pictures. Girl Gang is one of these movies, and as a result, it's as eye-popping today as it was when it was released in 1954.

Teenage tramps with torpedo bras roll a guy, steal his car, and sell it to an underworld sleazeball for drugs - and kicks. There's pot parties, gas station robberies, alcoholic abortionists, and a step by step instruction on how to cook heroin and use a needle.

Lower your moral standards and Download Girl Gang for $9.99 from the Something Weird site, today!

She Devils on Wheels

"We are the hellcats nobody likes! Maneaters on Motorbikes! We own this road, so you better get lost/when you hear the roar of our cut-out exhaust! F** off, or you'll find that you have/blown your mind! Get off the road!"

Download She Devils on Wheels, $9.99, on the Something Weird Video Site.

"They all talk, fight, and love just one way: dirty!"  Surprisingly affecting and raw, Teenage Gang Debs was an early 60's juvenile delinquent film that should have been an also-ran, but somehow approaches "sleaze noir" (thanks, Johnny Legend, for the term). It "makes great use of some grimy Brooklyn locales, and has a tough mean quality to it which few JD films from the Golden Age were able to achieve." (John Harrison, the Graveyard Tramp).

This is one of my favorites and is worth it just for the fight scenes alone.

Recently restored by the American Genre Film Archive, you can Download Teenage Gang Debs for $9.99 from the Something Weird Video site, here.

Meanwhile, Honey West knock-off, Sweety East, shows up with her pet leopard and gold lame pantsuit to save the day...

SHE MOB is another lost masterpiece that will be getting the AGFA restoration treatment sometime this year. In the meantime, you can

Download She Mob for $9.99 on the Something Weird Video Site. 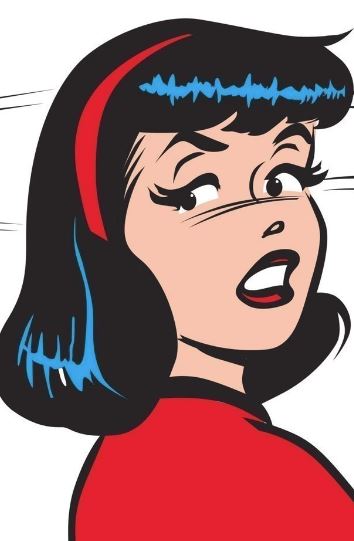