A DARIA Reboot? DARIA AND JODIE Minus Jane??? 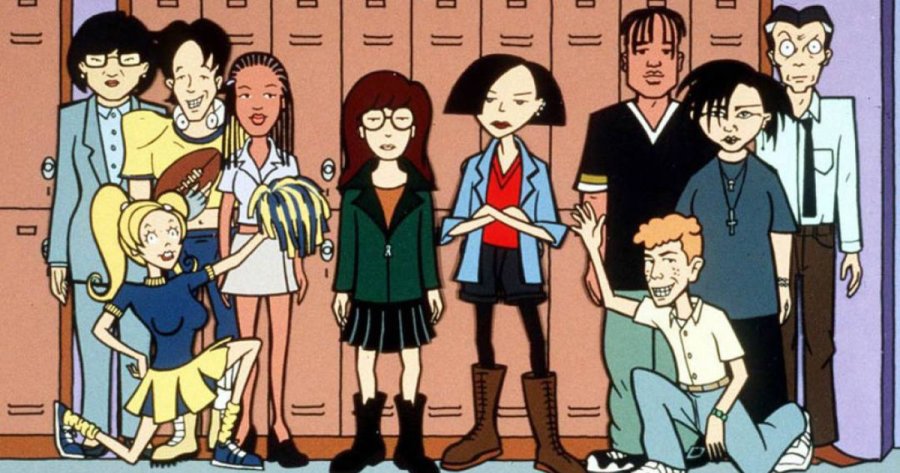 I’ve been complaining about reboots, but apparently some are coming out that I’m pretty into and I guess that just makes me a hypocrite. So be it. I loved DARIA in middle school and high school. I watched the day long marathons during the Summer. MTV studios announced a DARIA reboot, and I’m okay with it.

I went back and rewatched all five seasons a year or so ago, it holds up pretty well. Though now as I’m older I’m aware of just how terrible all of the music is in the musical episode. Though it was still pretty fun running around as a kid singing “GOD GOD DAMN IT”. There were many things I realized about it in my rewatch that I didn’t catch as a kid.

Daria the character is such a middle ground, it made it easy to look at the world around her from a neutral perspective. Though not that smart, the jocks and preps weren’t out to get her, the “smart black kid” of the school had many of her own problems just being her, the cool artsy family had plenty of inspiration by being fairly dysfunctional. At the end of the day, everyone was just trying to do their best to get through high school with what they knew and had. 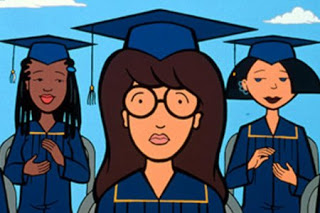 I am very interested in seeing how all of the characters in the show get through lives in a modern, updated setting. High school is so different now with technology, social media, the kind of political climate we have today, the kind of problems in general that kids deal with these days. I know when I was in high school, the thought of being transgender was waaaaaaaaaay far from my mind. Not that I am trans, but it’s one more thing that has gone onto the plate of options for today's kids to consider when they are trying to figure out who they are, making for an ever more confusing world for them.

Anyways, the reboot will be called DARIA AND JODIE written by Grace Edwards (UNBREAKABLE KIMMY SCHMIDT). Jodie Landon is the smart black girl character I had mentioned earlier, and is now Daria’s best friend….hoo-boy. I suppose it is the trend of the times to be overly inclusive, and that’s fine. However, this social-political demographic targeted marketing BS can be a bit obnoxious at how obvious it is sometimes. Or EVERY TIME. Don’t get me wrong, Jodie Landon was an excellent character that explored race and status, and I’d love seeing more of her, but Daria and Jane’s friendship was something of a dynamic duo that I'd rather not see absent in the new show. 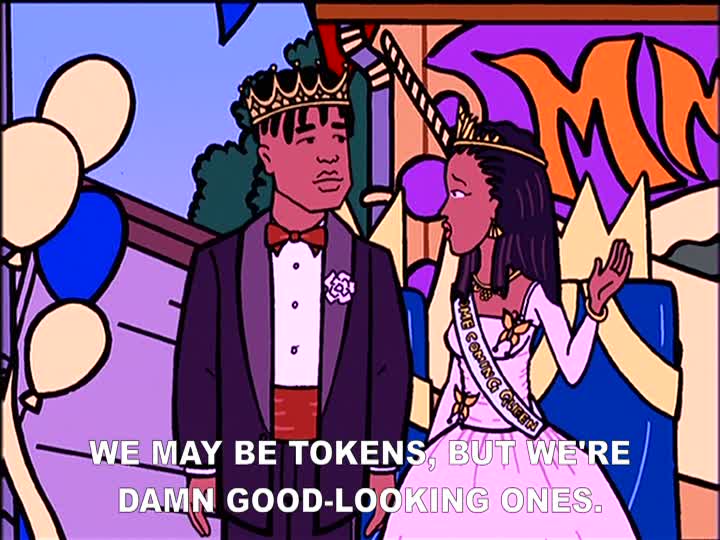 I guess we can try to give MTV the benefit of the doubt and just appreciate that they’re potentially trying not to give us too much of “the same”. You know what, Daria can have two friends. DARIA, JODIE, AND JANE. Or just keep the title plain DARIA and include both of her friends anyway! There hasn’t been any confirmation that Jane isn’t in the new show, but I’m pretty concerned about whether or not she is included.

The premise of DARIA AND JODIE is about “These two smart young women take on the world, with their signature satirical voice while deconstructing popular culture, social classes, gender and race.”