THE NUN trailer is way creepier than that Blues Brothers nun! 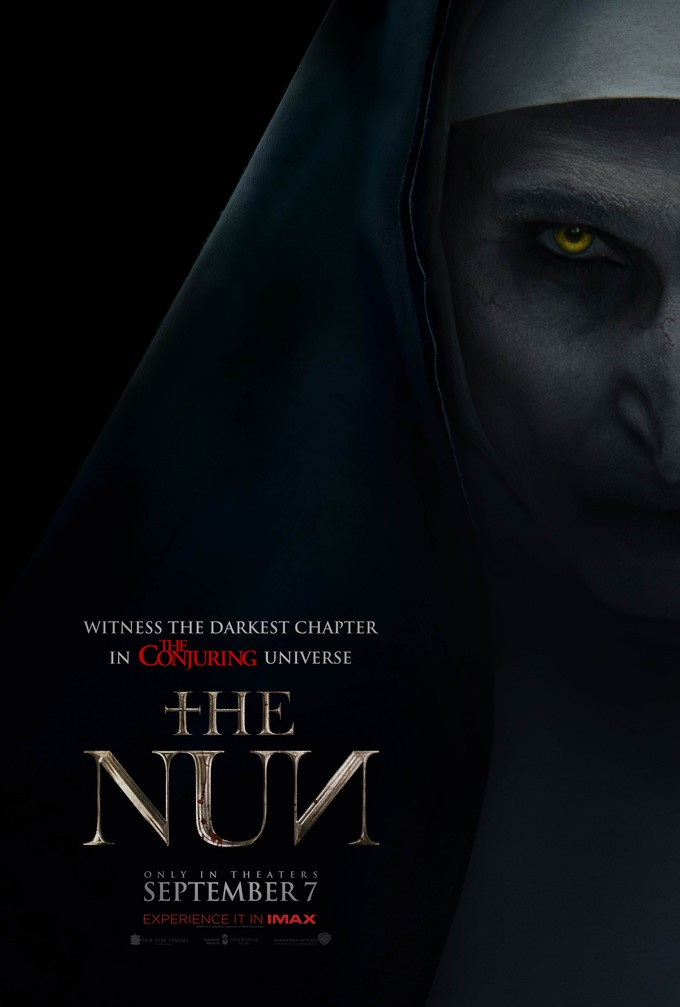 It’s not like these films aren’t super successful in the box office. I get why more spin-offs are made of this franchise. Money talks and demonic nun horror sells. People just love to hate demons and how they bring chaos to the routine. What is it about evil forsaking the innocent that is so alluring? I rather enjoyed The Conjuring and delighted in recognizing the historic accounts they borrowed from. The Conjuring 2 was decent and had some good scares too. At some point though, I realize that there is no emotional tie that binds my heart to these films. I can honestly take them or leave them.

The next installment of the lovable yet misunderstood religious totem is aptly called THE NUN.

It’s about Valak and all his wonderful human toys. It set before The Conjuring movies and it recounts the origin of evil. (O holy evil) The film stars Taissa Farmiga (American Horror Story) as Sister Irene, Charlotte Hope (Game of Thrones) also as a sister, and Demian Bichir (The Hateful Eight) as Father Burke. The film is in theaters September 7, 2018.

Check out the trailer if you dare!