Everything is Awesome!...The LEGO MOVIE 2:THE SECOND PART Trailer Dropped! 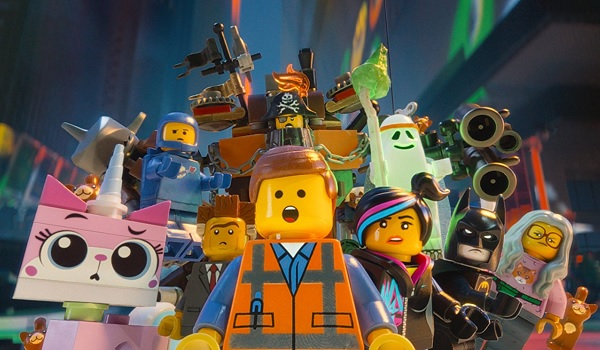 Hot off the YouTube presses! We finally get to see the trailer for THE LEGO MOVIE 2, and it looks just as fun as the first!

I would have never expected to hear the Beastie Boys in a trailer for this, but I like it! The sequel seems to pick up after “the little sister” was allowed to play with the LEGOs too. Of course it’s post-apocalyptic, girls only ruin little boys’ fun, haha. The sense of humor used for the original was very unique, but relateable. I hope that it passes on into the sequel.

Here’s a quick outline of the premise from IMDB:

“It's been five years since everything was awesome and the citizens are facing a huge new threat: LEGO DUPLO® invaders from outer space, wrecking everything faster than they can rebuild.”

I am thrilled that sequel was made for the original LEGO MOVIE. The first one certainly took me by surprise. Instead of being another plain jane kiddie movie with a concept such as LEGO, we were greeted with political commentary and a moral that kids wouldn’t entirely understand on both sides, but will with age. The movie got meta as heck when we saw a live action Will Ferrell, who was metaphorically President Business. It doesn’t look like we will see Will Ferrell again, not even Charlie Day either. That’s a bit disappointing, but everything else is still looking good!

THE LEGO MOVIE 2: THE SECOND PART will be hitting theaters February 2019!