Reviewing a screener for the new horror movie CARGO.  Thank you for the opportunity WILD EYE RELEASING!

I had a surprisingly good time with this one.  It starts off with Anthony Peterson (Ron Thompson) waking up in a large storage container.  He has a cell phone that’s not his and he has no idea how he got there.  He gets a call and they have his wife.  In order to keep her from being raped and murdered while he listens in, he needs to scrounge up 10 million dollars.  Something he tries pushing back on.  The problem is they know he has it and they know a lot more.  Like Anthony actually isn’t a very good man.  10 million in 24 hours or she dies horribly, then they come for him.

This is a low budget horror film.  This entire movie sticks in that storage container.  If you enjoy a film that dares to give you every shot possible within a large box like BURIED, SAW, and DEVIL then I think you’ll enjoy CARGO.  The story had a couple snags for me like when they mention he hasn’t taken his medication and then it’s not mentioned again, nor does his behavior change besides that one earlier moment.  Yet, nothing held me back from enjoying this film.

The actor here Ron Thompson does a serviceable job but it’s a tall task he’s been given.  He’s literally the only actor and he’s interacting with a bunch of walls and a cell phone as his co-star.

CARGO builds up the tension over its one hour twenty minute timeline.  At times I was disappointed, just sure this was a safe movie, then they’d surprise me.  It’s all ultimately implied via the call of course but it works at times quite effectively.  Other times it’s a little clunky yet they drop in and out of these scenes so quickly I fell right into it just like they were aiming for.

This is less OLDBOY-Escaping these confines then finding out why he was there in the first place, ending in the ultimate reveal.  And much more, SAW-Placing someone in an inescapable situation then giving them choices that get them closer to escaping as they are pushed beyond their limits.

James Dylan directs the movie version here and does a whole lot with one location.  How he kept me interested from start to end in a dimly lit container with simple voice overs interacting with our only actor is beyond me.   That’s exactly what he did though, kudo’s to you sir!

Jose Rosete, Corbin Timbrook, Danika Fields, Matthew Rosvally, Mark Wood, and J. C. Macek III (The writer) all round out the voices we hear via the cell phone.

This one releases on August 14th via VOD, give it a shot. 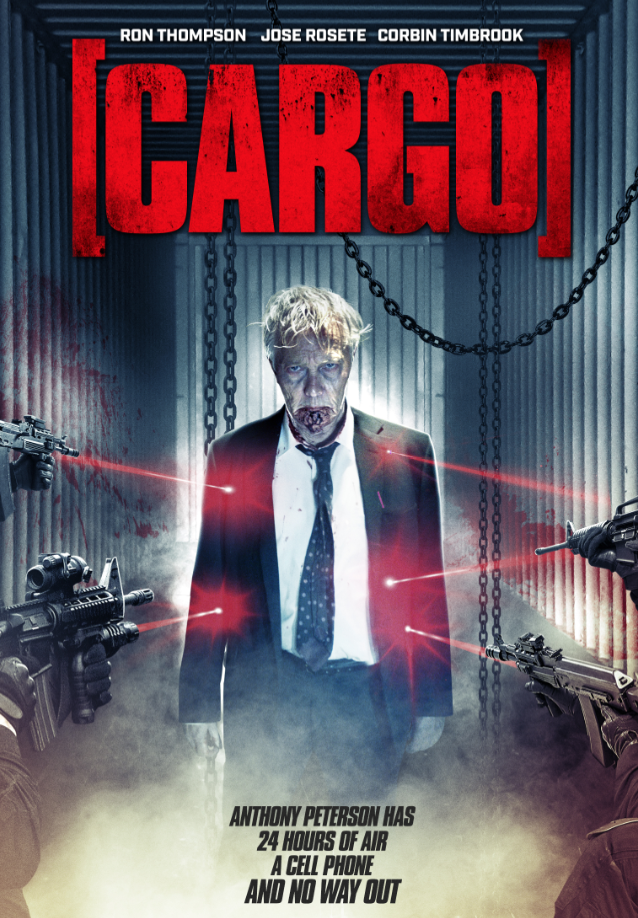 Til Next time Kids