Indie Game TO THE MOON is Getting a Full Animated Film 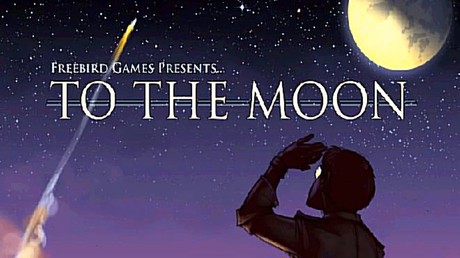 With the invention of the internet, things have changed in the world for both the better and the worse. When it comes to video games, it seems pretty much all around good, though. Especially for indie games, because they are able to get the attention and appreciation they deserve.

TO THE MOON is very well thought out indie RPG that you can pick up on Steam, with overwhelmingly positive reviews. This game was actually made with RPG Maker XP (that takes me back), by Kan Gao.

“The story, set in the future, follows two doctors who offer to fulfill a dying man’s last wish using artificial memories. The game features relatively few gameplay mechanics, with the player controlling the two doctors, exploring the narrative and solving puzzles as they try to reconstruct the dying man's memories in order to fulfill his wish.” TO THE MOON is a tear-jerker and a comedy. From what I’ve read, you actually get to travel through the dying man’s memories and see his life. Supposedly it’s only a 4-5 hours adventure, which seems worth a $9.99 price tag.

You can enjoy a preview of the game.

Many details about the TO THE MOON feature are so far kept under wraps, but Gao is promising in his announcement on YouTube it is in fact happening. Gao also says that they have a “significant budget” that is above YOUR NAME and some big animation players involved, how mysterious and exciting!

I'm picking this game up right now! I'll keep you guys posted up this new flick as it develops.