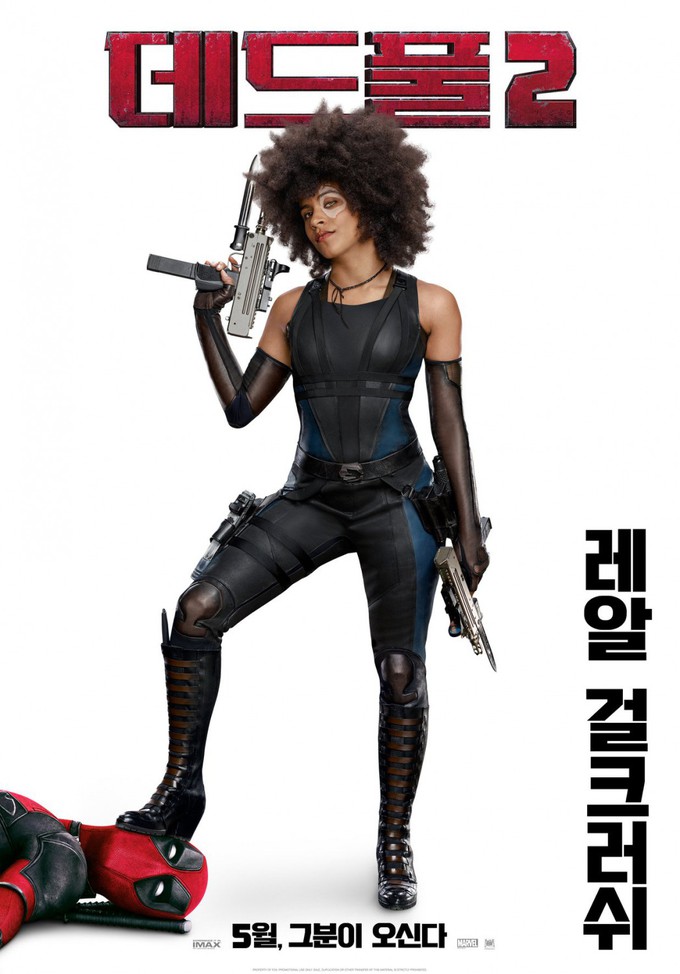 Hey folks… here’s three new spots for DEADPOOL 2, that actually give us some indication of the plot (which is every Cable plot ever): going back in time to assassinate future bad guys. It looks like Cable’s been sent to wipe out a teenage kid, and so its Deadpool, Domino, and friends to the rescue, to the thumping beats of L.L. Cool J's "Mama Said Knock You Out".

The first one, Teabag, is just what's on the label. I’m still grinning about how cool it is to have someone like Josh Brolin in as Cable, playing it straight to Reynold’s very troll-y Deadpool.

In the next one, Best Shot, we see Cable first getting the picture that taking on Wade might be biting off more than he can chew...

Deadpool is being released May 18th; tickets go on sale Thursday, April 19th.