INCREDIBLES 2 Dropped a New Trailer! More of The Same, but Different! 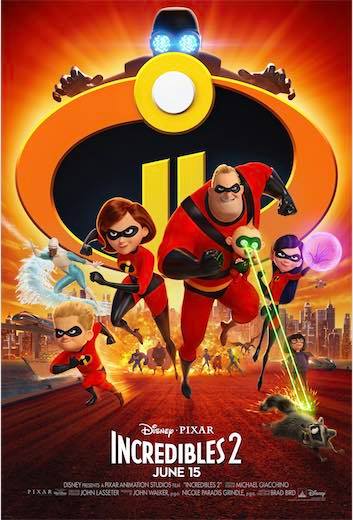 Check it out, geeks. The most revealing trailer for INCREDIBLES 2 dropped today!

Looks like we are getting more of the same, but different!

Instead of Bob going off on a job hero-ing, this time his wife Helen gets to instead! While Bob gets to stay home with the kids, a man raising a baby--with super powers? UH OH! Daughter Violet gets her period and moody! The son, Dash uhh… learns to wash his hands with soap? And then, Pixar tries to recapture the laugh from the trailer of the original movie at the end by having Frozone’s wife say something sassy!

--Is this really all what they’re running with? I’m excited to see more INCREDIBLES, I really am, but with what has been revealed so far tells me that this sequel may be rather mediocre. However, Bob Odenkirk is looking very Bob Odenkirk, and that is something new.

Also, the villain was finally revealed as a threat in this trailer named Screen Slaver. There is more to be learned about him, perhaps we will see in a future trailer. We’ll keep you guys updated!