Big Eyes here. If you guys haven’t figured it out yet, animation is my area of expertise, and I’m gonna geek out on just that!

Tonight, I’m talking about the 4 episode premier return of STEVEN UNIVERSE from the hell of hiatus. Any SU fan knows about the pain of the shows hiatuses, I’ve complained about it before. Cartoon Network has a bad habit of dropping 3-5 episodes and then spacing the next set out to be released as much as 80 fucking days later! Y’all don’t even know how excited I am for these new episodes!

Anyways, onto some mini reviews of the new episodes! 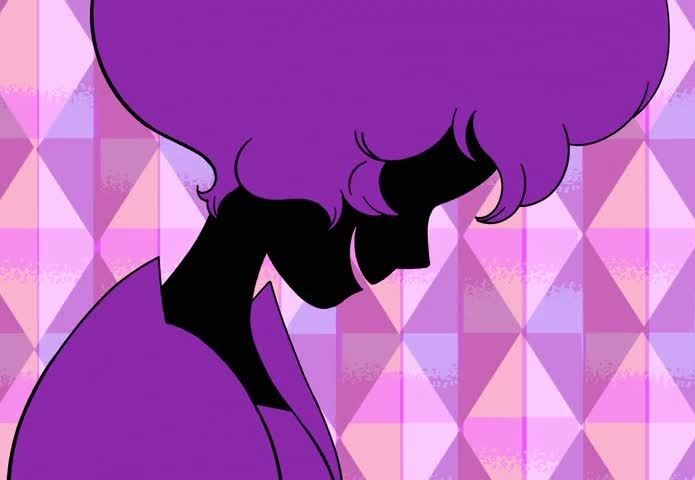 Season 5 Episode 13 - Your Mother and Mine

This was a pretty darn plot heavy episode, or not. Much of what has been explained before in bits and pieces of the past about Rose Quartz and the Gem War are basically compiled her, but this time more streamlined plus some things.

As Garnet tells the story, the art becomes delightfully stylized and simplified, where no eyes are shown and everyone’s skin is a flat black. This episode was nice to look at, but doesn’t really offer very much new at all. Just beautifully rehashing shit. 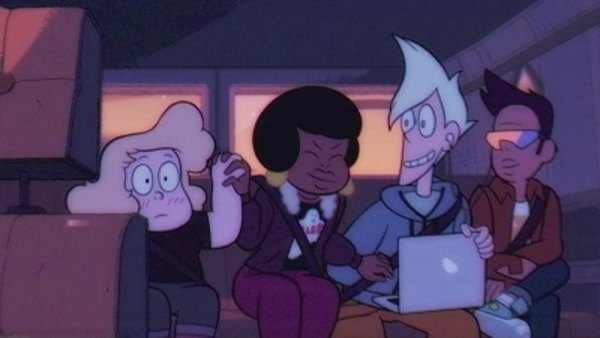 It’s a Sadie episode with zero plot development. They continue with Sadie and her new band as they have literally everything handed to them to become rising rock stars. This episode absolutely does not engage since all of the songs that are sung in it are SO BAD. Sadie Killer and the Suspects is supposed to be like a.... Spooky pop-band? Either way, the music is terrible, and that’s really disappointing because most of the music is STEVEN UNIVERSE is really good. I’m still singing to myself Pearl’s “It’s Over, Isn’t It?” and Garnet’s “Stronger Than You” from time to time.

I was excited to see Sour Cream because of his voice actor Brian Posehn, even if it was for only a line or two. Was there a point to this episode? I think this may have been true filler. 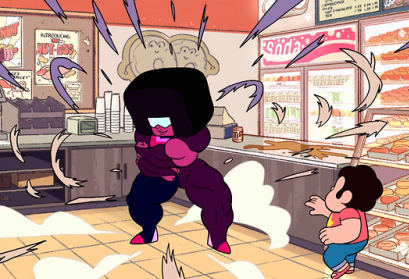 A Garnet character development episode! In this episode, Garnet and Steven attempt to “trick” her Future Vision so that she can predict the more unpredictable, but then she learns a lesson. While enjoyable, this honestly felt like a rehash of the episode titled “Future Vision” from Season 1, except we get to see Vidalia again! She rocks! Plus, kitties. 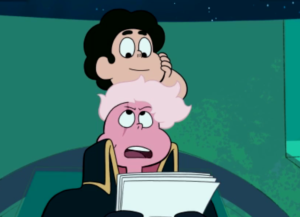 Instead of just popping out of Lars’ head, Steven chooses to write Lars a letter to fill him in on what’s going on and has changed in Beach City while he’s been away. You know, at this point, in the last episode of this new set… everything is really feeling like filler. What was accomplished in this episode? Mayor Dewey gets a new job. Yyyyyeeeeeeaaaaaaahhhh?

Pearl also got her first cell phone. I know the shippers are probably losing their shit over that, because it likely means that she got it to call Mystery Girl, aka S. We all just want to be happy for Pearl because she’s moved onto another woman who looks exactly like Rose.

Over all, this was pretty underwhelming set of episodes, however there is likely some set up in these episodes for future ones to build on. I’m really hoping for some more exciting ones in the future, and I’m sure that they’ll come! In the promo, we get to see that Lapis Lazuli has moved her barn to the moon, I’m ready to see where that goes. I’m ready to see the story progress, the fans deserve it by now after all of those painful hiatuses.

If you missed the series recap promo, check it out here: