Comics Chad read I KILL GIANTS -- You should too!

Hey there y’all, Welcome to the first in a hopefully long series of Source Material Reviews by Comics Chad. If you’re like me, nothing perks your interest more than seeing that a new movie is based on a as of yet unknown to you graphic novel or comic book series, when I saw the trailer for I KIll Giants at first I was interested but seeing that it was based a graphic novel series, and learning that it was from Image Comics sealed the deal, I had to read it! 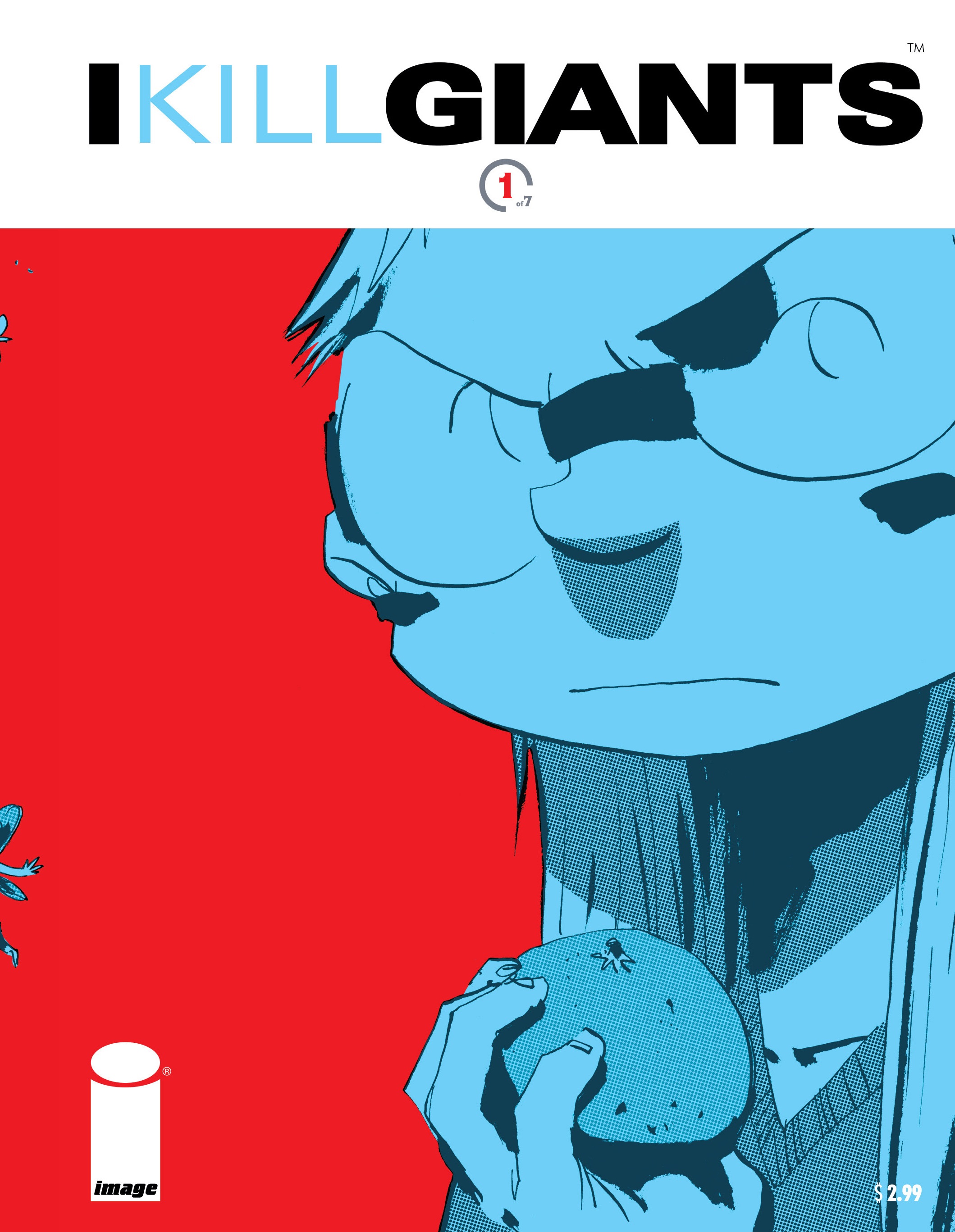 I KIll Giants is the story of Barbara Thorsen, a young girl struggling to come to terms with the unfairness of the world by creating a world of fantasy escapism in her head. Barbara is a direct comparison to those of us who grew up socially awkward or outcast, those who weren’t part of the in crowd, she’s almost the exact stereotypical geek from the 1980s, a fan of fantasy, mythology and role-playing games, with the key differences being that she’s a girl and she’s not meek, she’s more than willing to defend herself physically from her bully Taylor. 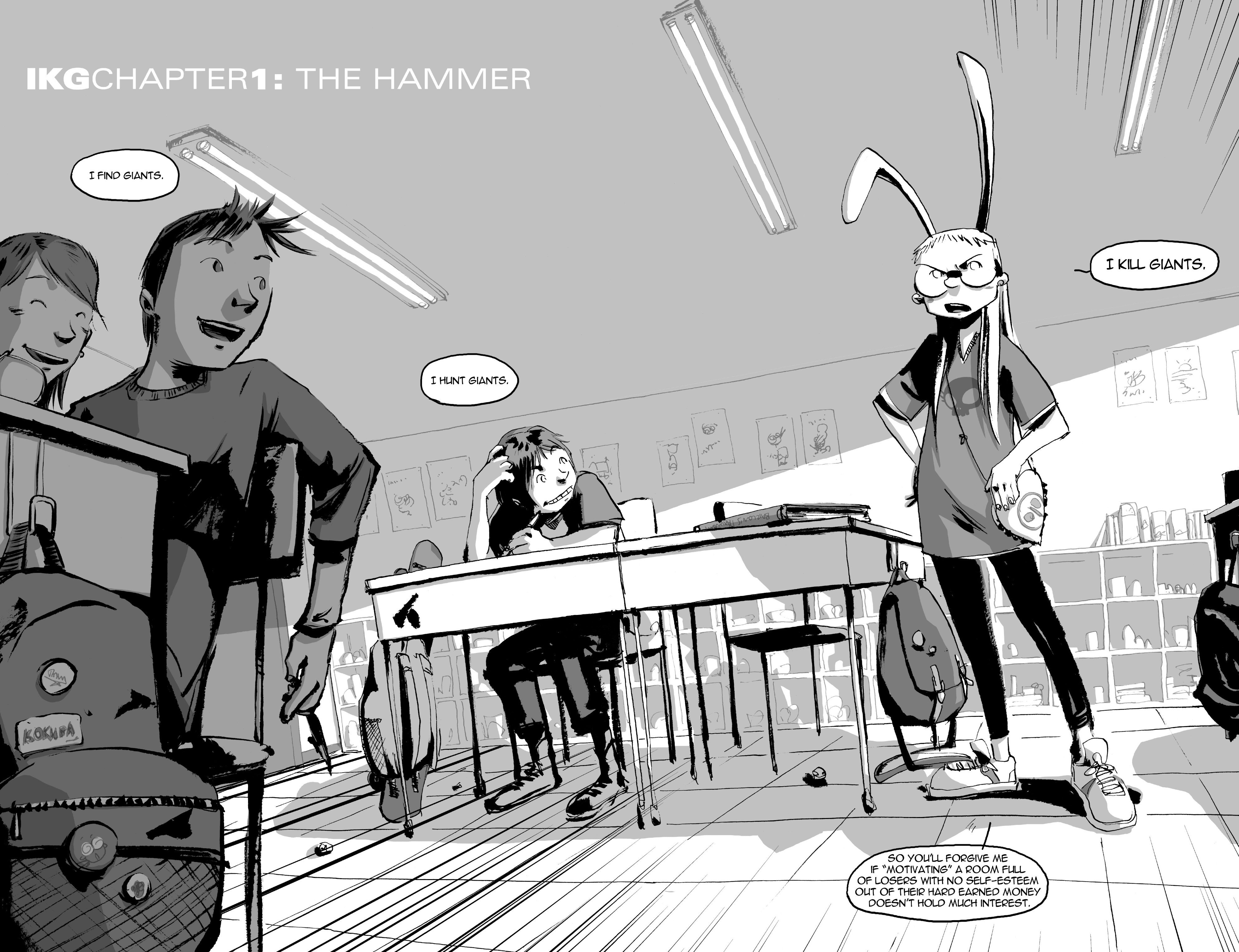 Barbara’s circumstances aren’t unique, her father has left the family and the status of here mother is kept nebulous for the first several issues, with the speech bubbles of anyone who talks about her being redacted. She doesn’t get along well with most kids her age and she uses escapism fantasy to avoid her real issues and problems. On the surface Barbara seems to be mature and strong for her age, but as we see her real emotions we realize how much of her personality is a strong front, how scared and alone she is behind her suit of armor. While Barbara fixates on her imagined threat of a giant attack to escape from the real problems in her day to day life her support system is almost nonexistent. Throughout the comic we are introduced to Sophia, Barbara’s new neighbour, and Mrs. Molle, the school’s psychiatrist. Both are instrumental in breaking through and forcing Barbara to come to terms with her situation.

I Kill Giants is a joint effort from Joe Kelly and J.M. Ken Nimura. Kelly has written across the comics spectrum from Marvel to D.C. to Image, while Nimura’s work unfortunately is confined to only a handful of books, which is a real shame, the emotional impact of I Kill GIants is deeply tied to Nimura’s art style, The comic is done in black and white, relying on shading and composition to carry the scene instead of garish colors, and it works. Barbara’s fantasy world is real to her and when we see panels of it through her eyes it sharp and in focus, but when we see her included in the panel the fantastical elements blur and become ethereal. 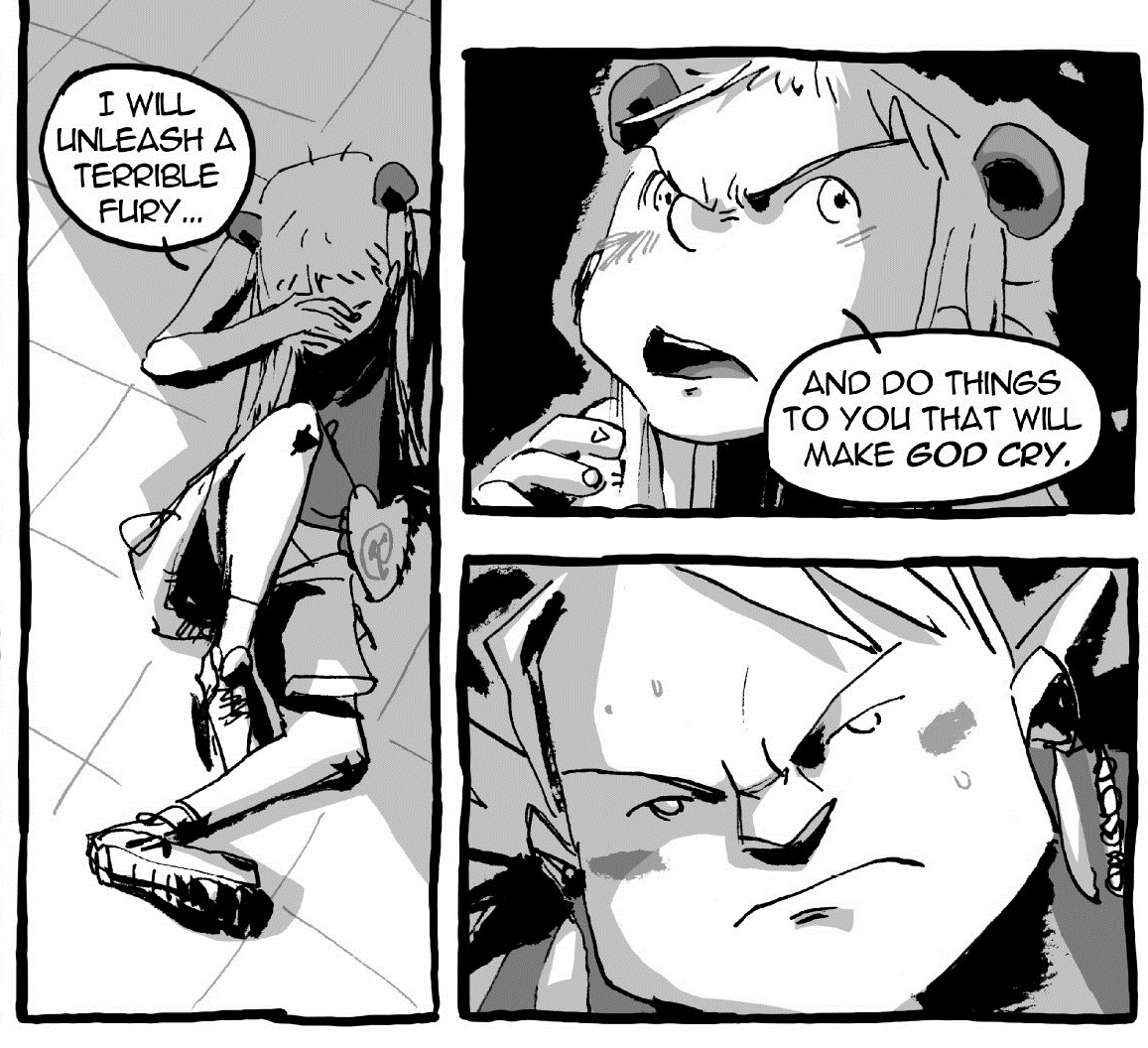 I was grabbed from the beginning with how relatable of a character Barbara was to my own youth, and her refusal to accept the reality of her situation made me reflect on some of the ways I tried to fight against reality. I think it was an interesting choice to cast the main character as female, it’s empowering to the geeky girls growing up but it also seems like a bit of a jab at toxic masculinity, I don’t think the same story from a boy’s point of view would have been as successful due to how our society discourages boys and men from discussing their emotions. 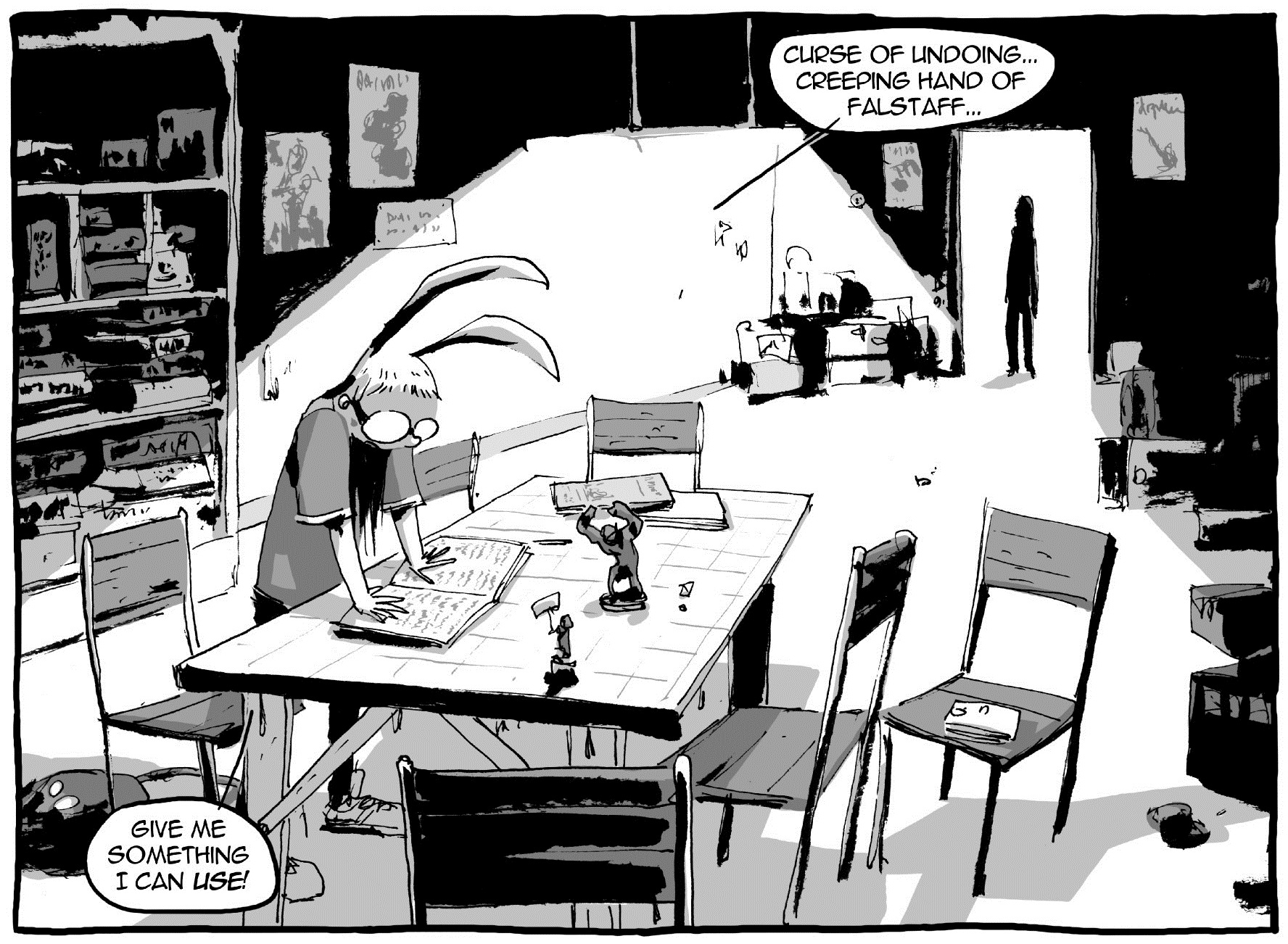 With all of this being said, is the book actually good? Yes! I was emotionally involved from the beginning, and the hints at what Barbara isn’t willing to face build up through an undercurrent of anxiety in your gut that drags you towards the end of the series. Barbara’s journey reminds us to make the best of the time we have and to try to come to peace with the things we cannot change. As the upcoming film was written by Joe Kelly I’m very optimistic that it can stay true to the original tone and am eagerly awaiting the film’s March 23rd release date.

Until the next giant needs killing