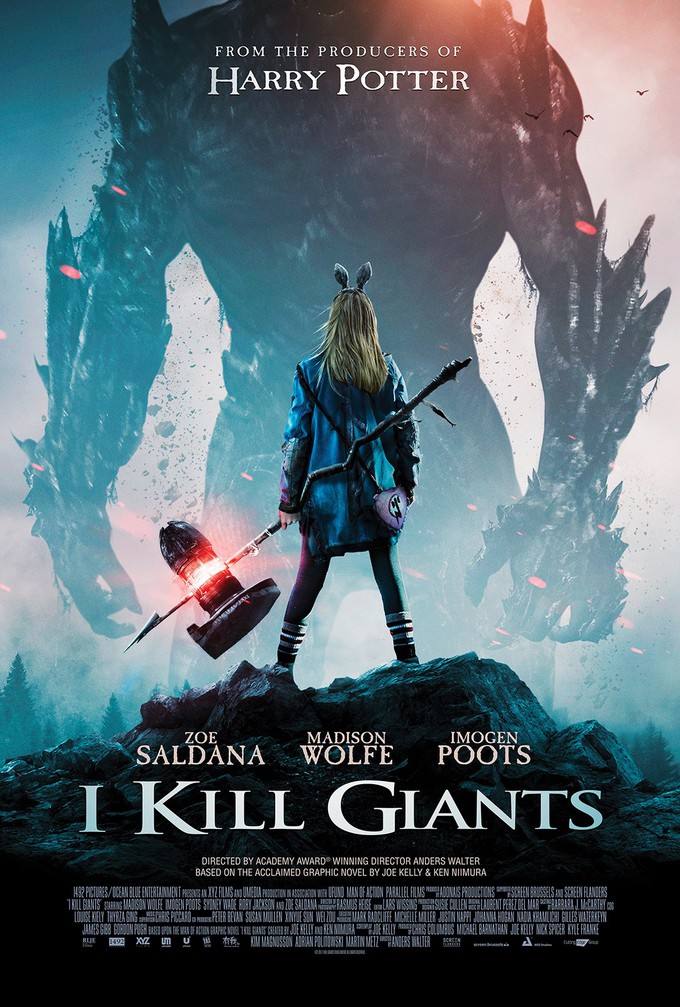 Hey geeks, check it out!

They just dropped this sweet new poster for I KILL GIANTS. Composition-wise, it is truly excellent. The scale between the girl and the giant are inaccurate, but it still feels big! The colors are saturated just enough to give us this feeling of awe-inspired whimsy. The dark shadows add a level of intensity that really makes this poster. This girl, in her mind, is a warrior!

The premise of this film is about a girl named Barbara Thompson (Madison Wolfe) who deals with the struggles in life by escaping into a fantasy world filled with magic and monsters. So anything fantastical we see in the film is all in her head.

The concept greatly reminds me of a film I saw that kicked me in the balls years ago, called BRIDGE TO TERABITHIA. I had no idea what I was getting into because I hadn’t read the book. I was super disappointed that nothing fun in there was real and then that girl died! I showed up for fantasy fun, and all I got was death and disappointment! This time around,  I’m better prepared for I KILL GIANTS… it being said that things are just a fantasy within the trailer is far less misleading than what I saw in the trailer for TERABITHIA--Where instead, they just showed all of the cool fantasy stuff in the trailer and made it look like these kids actually travel to a magical land which is completely not the case.

If you missed the trailer for I KILL GIANTS, check it out here!