Oh, “VICTOR CROWLEY”, What Went on in Your Head? Horror/Comedy trailer! 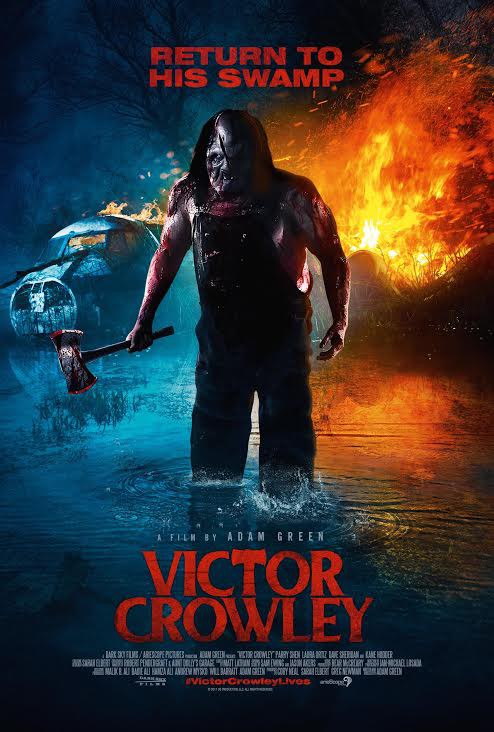 Heya geeks, did you talk to the dead?

Yes, thanks to the mere title of the new flick “VICTOR CROWLEY” I’m going to be riding on an Ozzy kick for a few days now. Honestly, I was a little disappointed that they didn’t play the song in the trailer. “VICTOR CROWLEY” is the fourth addition to the film series “Hatchet”. I’m not sure how the heck I have missed all of these, because I LOVE horror/comedies!

Adam Green returns as writer and director for the newest  of the “Hatchet” film series. The only one of the series that he didn’t do both, but only wrote for was “Hatchet III”.

“Ten years after the events of the original movie, Victor Crowley is mistakenly resurrected and proceeds to kill once more.” Yep, sounds like a fourth addition to a horror film series. Let’s check out the trailer!

This looks terrible, but at the same time looks good… as horror/comedies usually shoot for, however I mean something different. I feel like there could be good content there but the trailer doesn’t really show it. I suppose that doesn’t really make much sense, but it’s a gut feeling I have about the movie. Guess we won’t know for sure until we see the whole thing!

Set to be released in theaters on February 6th, and will be released on DVD and Blu-ray the same day!