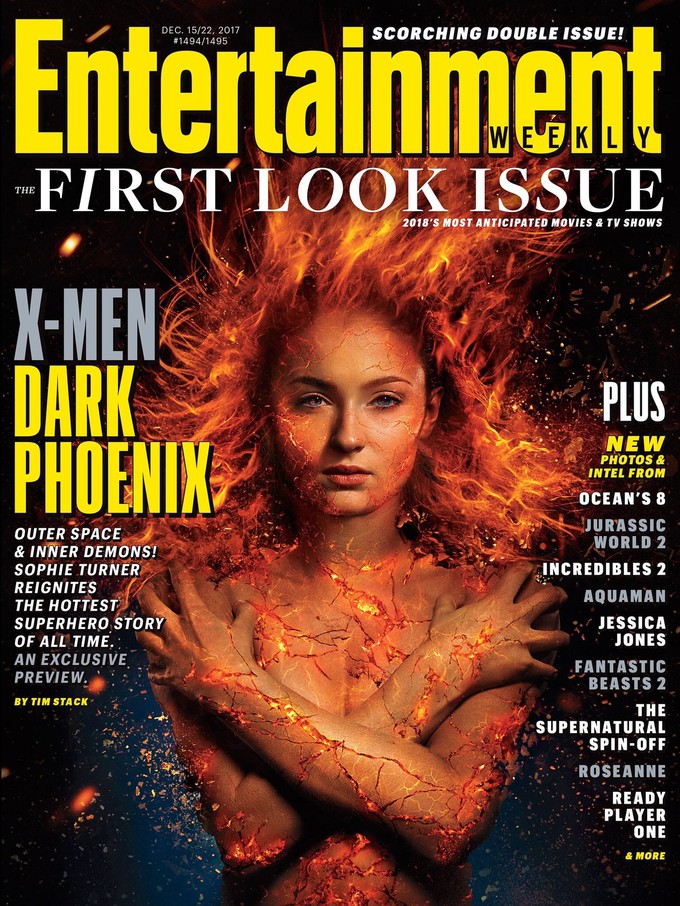 Hey folks, Precious Roy here with a gander at some of the released pics from X-MEN: DARK PHOENIX! 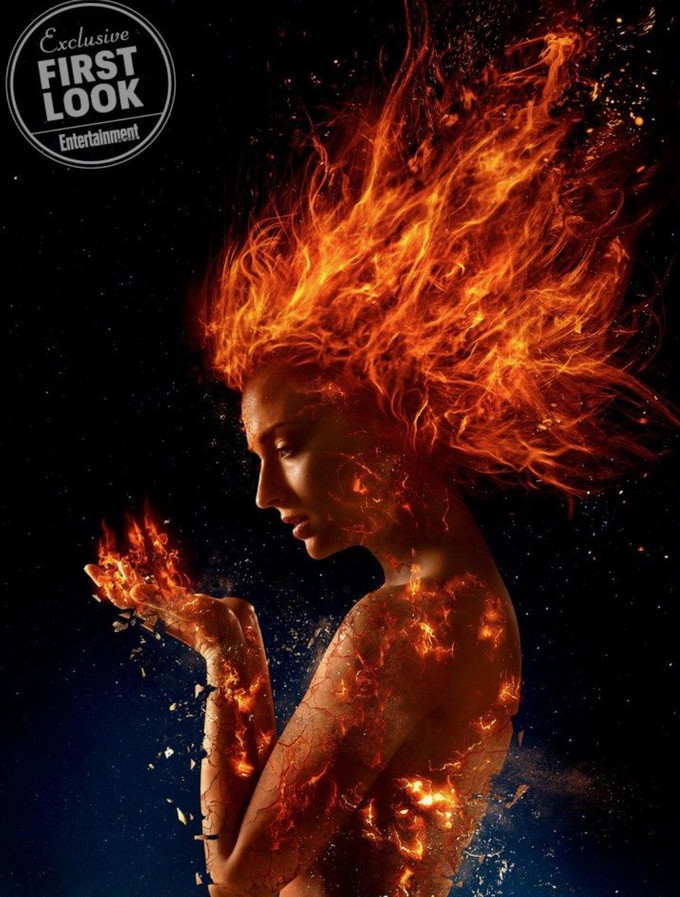 The look of Sophie Turner as Dark Phoenix is actually stunning… it reminds me of Peter Quinn taking hold of the Infinity Stone in GUARDIANS OF THE GALAXY, and that’s a very smart link to make in her design—that level of cosmic power rippling through a human body.

As per the Entertainment Weekly’s cover remark, we have our first glimpse of the X-Men in space—looks to me like some kind of shuttle crash, with a fiery Jean at the center—but here’s hoping some more space pics will begin flooding out at Christmas, as the X-Men universe smartly associates itself with GOTG! 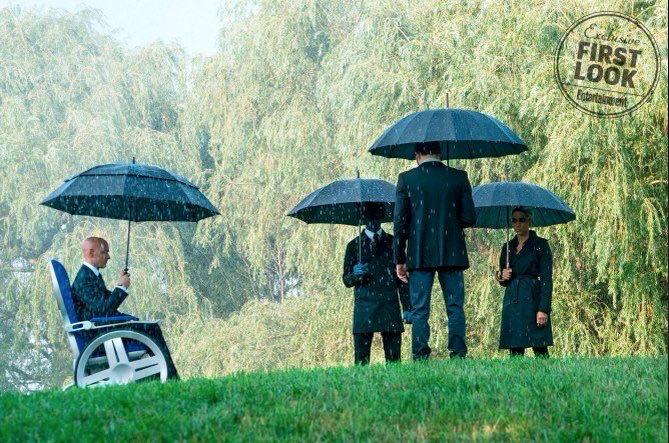 The funeral scene is small, for someone as popular as Jean was. Does Jean die early in the film, to make way for the Phoenix Force to assume her DNA? 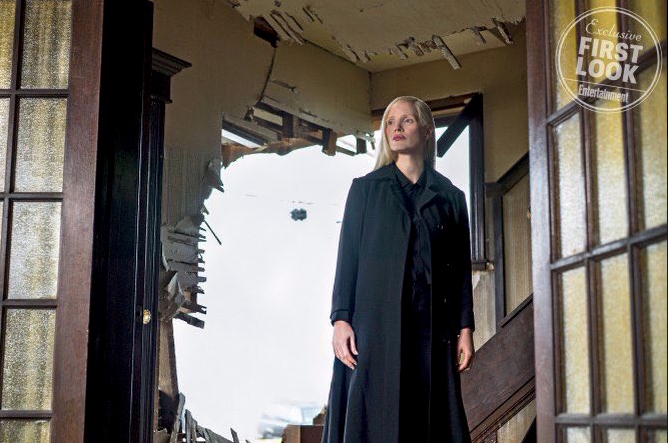 But the image that most has me asking questions is the one of Jessica Chastain, from Film Feed. Her character is unnamed as of yet on IMDB. Is it possible that she’s playing Mystique’s lover and Brotherhood of Evil Mutants conspirator, Destiny? Something about her appearance, her sharp, gaunt features depicted here, reminds me of the mutant precog, and she’s been a character lacking from the X-Men Movie World so far. 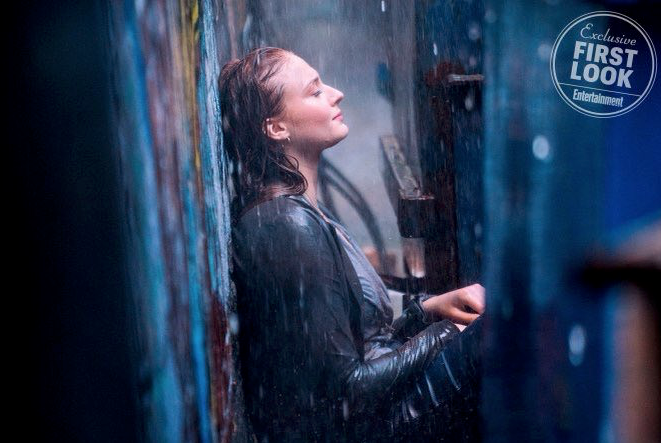 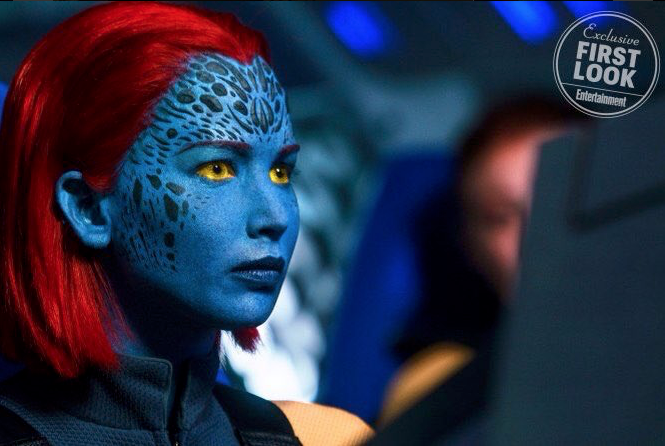 That’s it until more pics surface… Precious Roy, out!