Wheels grapples with the good and bad of JUSTICE LEAGUE!

Wheels our favorite Tennessee boy, rolled in today with his review of The Justice League, although we disagree on the film I love this review and can see some of his points. Read on! Also warning spoilers! 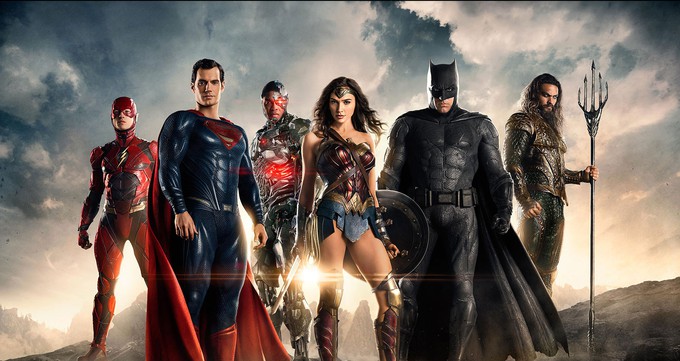 JUSTICE LEAGUE has seemingly been on the horizon forever and now it has finally arrived. There was so much written about its troubled production: disastrous test screenings, director Zack Snyder leaving the production due to a personal tragedy, massive re-shoots headed by Joss Whedon. Even sillier aspects of the productions have been covered ad nauseam (Henry Cavill's mustache having to be digitally erased for the reshoots.). Everything has been analyzed and over analyzed again

So what did all that add up to? Is the film actually good? Is it a train wreck of epic proportions? Is it enough to keep the "DC Cinematic Universe" from falling apart? The answer is not a simple one.

The film is very clearly a Frankenstein's monster of a motion picture. Two very different films are present here stitched together with the barest of connective narrative tissue. The one film is very clearly Snyder's: all grim bombast, cool poses, and CGI-enhanced action. The other is fully Whedon: quippy, light-hearted interactions that are enjoyable but hold no real narrative weight. If these two films seem like they might be at odds with each other, you are not wrong. The film at times has tonal whiplash. Warner executives have said that Whedon only influenced 25% of the final film. I find that number hard to believe. Almost every interaction between the heroes feels like it's been pulled from the Whedon playbook. Every time action occurs it feels like a more serious film where posing and "cool" shot placement takes on more importance than coherent visual filmmaking.

Now all that being said, is the film entertaining? Yes, it is. The DC heroes finally feel like themselves. It seems as if Warners learned from the success of Wonder Woman that if you just let these characters behave like their comic counterparts, then they will connect with audiences. Superman is no longer the grim, reluctant savior. He's the "Big, Blue Boy Scout" who has endured for so many decades; shaking the hands of firefighters, taking time to talk with children, and reminding us that truth and justice still matter in this world. It's truly wonderful to finally see Henry Cavill get to play this version of Superman and he does a wonderful job. Batman, as well, has gone through some character readjustments. He no longer seems to murder everything around him and he even lets the occasional wry joke slip out from his grim visage. He comes across as more of a leader and strategist here. Ben Affleck had received praise for his previous times under the cape and cowl and with these character adjustments, he could very well become the definitive live-action version of Bruce Wayne (if he decides to stick with the role and I sincerely hope he does.).

Ezra Miller as Barry Allen/ Flash does a great job with the young, wide-eyed (both figuratively and literally) hero-in-training role. Seriously, Miller's reactions to things around him are some of the most enjoyable aspects of the film. He also has a scene with Cavill's Superman in a mid-credit sequence that will make any comic fan grin ear to ear. Jason Momoa also is very memorable in the role of Arthur Curry/ “The Aquaman” (as he is referred to in the film). Momoa plays Curry less like royalty and more like your drinking buddy who likes to hang out. In many actor’s hands this part would be irritating and like the superhero equivalent of a “dude bro” but Momoa’s natural charisma shines through to make the character extremely likable and one of the standouts of the movie. This feels like the first big budget film to use Jason Momoa correctly and it has me really looking forward to what he and James Wan put together for the AQUAMAN spin-off. Ray Fisher as Vic Stone/Cyborg does a passable job with a role that was obviously slimmed down considerably once Whedon took over the shoot. If you go back and look at the clips and trailers leading up to the film almost all of the scenes featured there with Fisher are absent in the final film. Finally, we come to Gal Gadot as Diana Prince/Wonder Woman. What can I say about Gadot here except that she is utterly perfect in the role and this film does nothing to change that. She is as much Wonder Woman to me now as Christopher Reeve is Superman. She is instantly iconic and, no pun intended, wonderful.

Watching these characters interact and bounce off each other is the biggest strength of JUSTICE LEAGUE. If Warner Bros can keep nailing the interactions between these characters, then the future of this cinematic universe can only look brighter.

What about J.K. Simmons, Diane Lane, Amy Adams, Billy Crudup you ask? They are all good in their very small roles in the film. If you added up all their screen time I doubt it would total ten minutes. It is obvious that they are there for world building but it is a shame to see a group of actors that could easily headline their own film, regulated to basically window dressing.

This leads me to the negatives about the film, of which there are many. First, the villain, Steppenwolf, does little to make an impression in the film. He feels very much like a retread of Ares from Wonder Woman’s stand-alone film and besides being a waste of character actor Ciarán Hinds’s talent, the character’s motivations, actions, and plan just do not make a lot of sense. Why does he want to ravage the Earth with the power of the “Mother Boxes”? Where was he banished too after his first failed coup? Why do the para-demons follow him and then turn on him so easily?  The MacGuffin of the boxes is another piece of the film that just doesn't seem to have any real thought or logic behind them. They just do things to advance the plot forward. It’s all just so poorly laid out and explained.

The film has a strange sense of geography as well. Characters quickly appear in various places with little explanation and few establishing shots. The film moves quickly from Metropolis and Gotham (They might as well be the same place in this film.) to distant lands in Eastern Europe before your mind can even fully register what is happening or why. The film just wants to quickly get you to the next action set piece or the next funny conversation as quickly as possible. The film moves at a good clip but still, you can see the seams of the troubled production without much effort.

So, is the film “good”? It is certainly messy and at times almost collapses under its own ambition but the charisma and talent of the leads and the readjusted outlook on how these characters should behave make JUSTICE LEAGUE an enjoyable, yet deeply flawed motion picture. 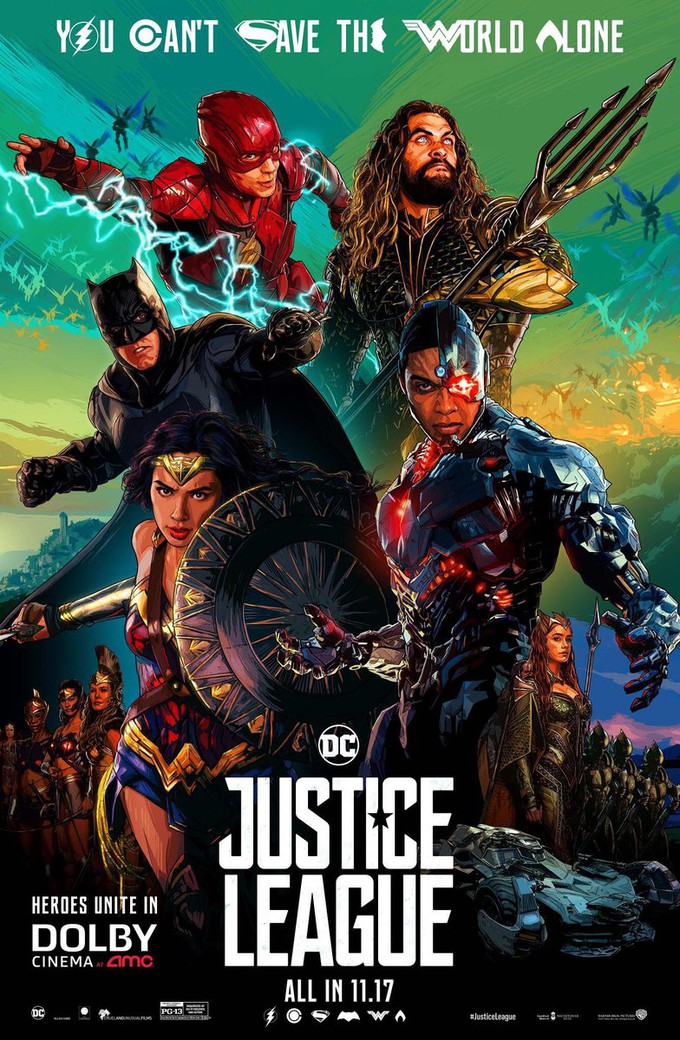 Thanks for the difference of opinion, one of the things I love about the site is the variety of perceptions and opinions we as writers/geeks have, and the ability to be a diverse platform of pop culture enthusiasts! Truly love your voice Wheels!