Precious Roy crawled out of my sock drawer again, this time with Netflix’s trailer for DARK: Germany’s take on STRANGER THINGS and IT?!? 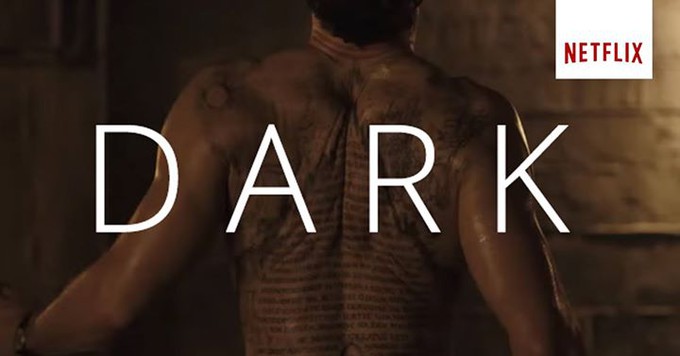 Hi folks, Precious Roy here… there’s a lot of building suspense in the first trailer for DARK, a German series soon to launch on Netflix, and I like the look of it. The IMDB page calls it “a family saga with supernatural twist, set in a German town, where the disappearance of two young children exposes the relationships among four families.”

It doesn’t take a genius to draw the STRANGER THINGS/IT parallels here. There’s missing children, an unseen monster, long gaps between attacks, a sense of reality bending around an event, and adults beginning to recognize that their town has a particular illness—these are all elements of IT, and most of these are elements of STRANGER THINGS, too.

The opening voiceover—as well as the strange machine we see a missing 15-year-old being subjected to—suggests that the show is closer to STRANGER THINGS and the Hawkins National Laboratory than It and Pennywise. But some of the time-related issues, as well as the mention of the interconnecting family relationships, suggest we’re in for something much deeper than a Hawkins clone. Perhaps there’s a bit of BROACHURCH or THE KILLING mixed in there, too.

The plot looks heavy, and in the best way, humorless. I love the dynamics of the kids on Stranger Things and the kids from both ITs, but I wouldn’t mind seeing a STRANGER THINGS-eque series that took itself completely serious, and gave no relief to the tension. The visuals look lush… this has the potential to be another really good binge-worthy series.

DARK premieres December 1st, 2017. Here is the trailer below hope you like it! Precious Roy out!

Thanks for bringing "Dark" to light Roy, I will have to binge the hell out of this creepy fucking show!