Barbarella and Noah Segan Sink Their Teeth into BLOOD RELATIVES!

Hey, friends. Barbarella here. We don’t get much great family-friendly genre, but Noah Segan’s newest release, Blood Relatives, certainly demonstrates that horror can have its tender and sweet moments, and those aren’t reserved for human characters. In this movie, the monsters are the ones seeking fulfillment, and their search for meaning and family prove that monsters are people, too. Well, not really, but it shows that even monsters have their good sides. 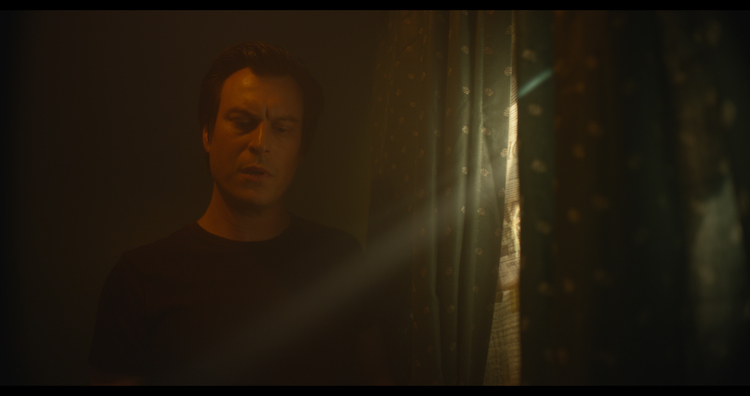 At any rate, Blood Relatives proves quite a departure from the content towards which I typically gravitate, which generally contains material that is darkly sinister, grim, and gory (preferably through use of practical effects). One film that falls into twisted things I love, Deadgirl, upset many with its rape content. While the story was sufficiently disturbing to garner my interest, the performances, particularly Shiloh Fernandez’, elevated my appreciation tremendously. In addition, Noah Segan played JT, the worst high school boy I’d seen portrayed on screen, so seeing the actor now in the completely different role of Francis feels somewhat comforting.

I had the opportunity to speak with Noah Segan about the movie, which will stream exclusively on Shudder November 22, 2022, and when I did, I posed the theory that perhaps he wrote this character to shake off JT’s past, then asked if that wasn’t the motivation, what was?

“Well, the motivation to tell Francis's story and to make Blood Relatives was really about my own experience becoming a dad, and how parenthood affected what I thought of myself and my world and the things that I do with my life. Now, I do dad stuff with my life, so I wanted to talk about that. Obviously, I wanted to talk about it in a way that I like, which includes genre and horror elements. The kind of relation I think to Deadgirl, which was written by the brilliant Trent Haaga, was to kind of investigate certain aspects of identity and social justice in the realm of genre, which, of course, people have been doing for many years. Thank you, George A. Romero. We've always tried to use genre to talk about justice and to talk about sort of the more complicated versions of our lives. 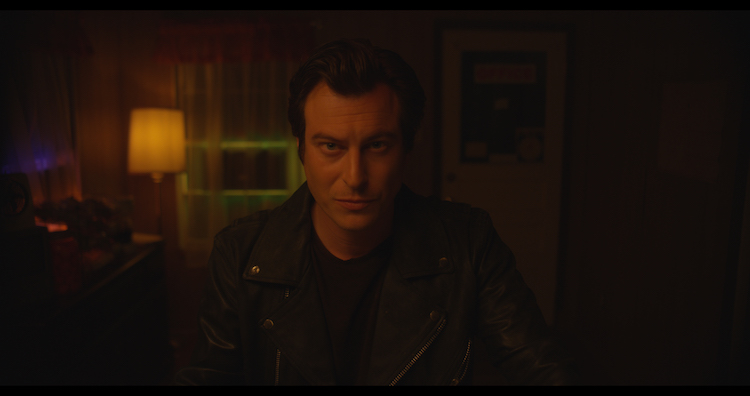 Yep. So this is the first feature you directed. Was it everything you dreamed it would be and more? And how did it compare with your expectations?

“It was incredible. In some ways, it was what I had anticipated because I'd spent a lot of time on set, and I enjoy being on set. I felt very comfortable. I felt like I had an idea of what I'd watched all the great directors I'd worked with do, which was to try to keep everybody happy and comfortable. I found some incredible challenges in terms of finishing the film with the edit and really not necessarily being aware of all of the tools that we had in the edit to help us articulate what we had put in the script and what we had put on camera, if that makes any sense.” 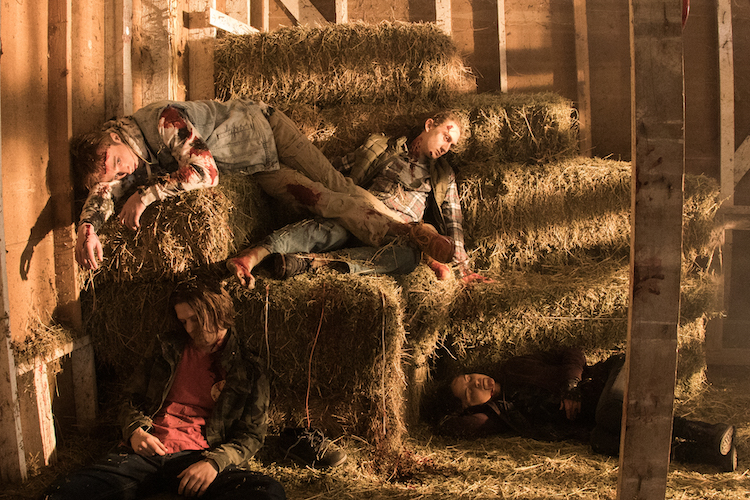 Yeah, that makes sense. I love the Alex Jones kind of radio personality. I thought that was brilliant. Was any of that scripted or was that all Frank ad-libbing?

“Well, it was written, but it wasn't written into the script. I think, in the script we had sort of the idea of kind of an Alex Jones talk-radio sort of vibe, but nothing as specific as what Frank was able to bring to it. As we were finishing the film, and we kind of had a place for those jokes and those speeches, it was right at the time when Alex Jones was finally being sort of kicked to the curb. Although, I mean, he's a real cockroach; I'm sure he's impossible to get rid of, but people were talking a lot about Alex Jones. They were sort of talking a lot about this evil guy kind of propagating evil. And again, as sort of a villain mechanism, I thought, well this guy is such a fucking villain, how can we take the piss out of him? Thankfully, the comic stylings of Frank Garcia-Hejl, one of the great actors and voice actors that I know, came through."

Yeah, it was fun. If the pandemic weren't a factor, would you have cast someone else as Francis, or were you just wanting to dive in and do everything at once because you're insanely confident?

“Playing Francis sort of happened by default. I obviously wrote the film from a very personal place, and there's a lot of myself in Francis, so it felt like it was appropriate to kind of continue to drag the body along with me. But there was also a logistical benefit to it, in terms of making sure that I was able to really be there in every respect, not just for the crew, but for the rest of the cast, especially Victoria, and try to kind of take away one of the X-factors of hiring another actor, which I'm not sure, frankly, we would've been able to even afford. I did it for free. So that's the real answer.”

You mentioned Victoria, who's great. I also love Jon Proudstar in this. Would you talk a little bit about the casting? Did you have people in mind when you were going into this or how did that come about?

“Casting was a total potpourri of just the most talented people that were willing to come out and play for a day or two. We had friends, like Tracie Thoms and Doug Benson, who I have known for many years, and who were dear enough and generous enough to come out. Then I had heard that Jon was available and potentially interested and was not that far away from Texas at the time we were shooting. I think he was in Arizona, and I just shot my shot because I'm a huge fan of his. He’s a dad, and he got it. He keyed right into what we were trying to do, and so he took the schlep. 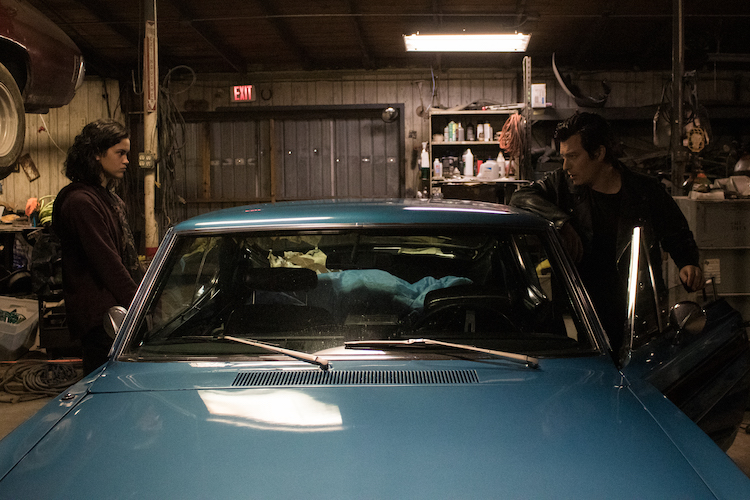 “Moving further up the line, we had Victoria, who was recommended to me by Josh Ruben, our producer, who also plays the sort of Renfield character, who had worked with her on Plan B, on Natalie Morales's film. Josh came in very early in the process and said, “Listen, I worked with this actor, and you got to trust me. You got to meet her; you got to talk to her, because I think that this is the person.” He was 100% right. Vic came on very early in the process over Zoom and phone, because we were still very much locked down, and we were able to create a relationship that, when she did show up a few days before filming, helped us hit the ground running.”

Very cool. Going to the writing, were there any particular parts that you maybe got hung up on or had trouble figuring out how to make them work? And if so, how did you figure that out?

“One of the things that I kept thinking of very early on in the writing process is that every story, or most stories that you see that sort of follow this kind of milieu, they tend to end with the two characters deciding to come together, and then they kind of ride off in the sunset, and that's our happy ending. I really wanted to show what it looked like after that. Okay. Yes. Nice. You've decided to be a family, you've decided to get over your bullshit and to come together, but how do you actually do that? It's not easy. Every day we work with our families, our spouses, our partners, our friends to kind of maintain and foster a good relationship. Why can't we show that? And in this case, isn't that fun? These are vampires. They're going to go on fucking vampire adventures. Let's go and do that. 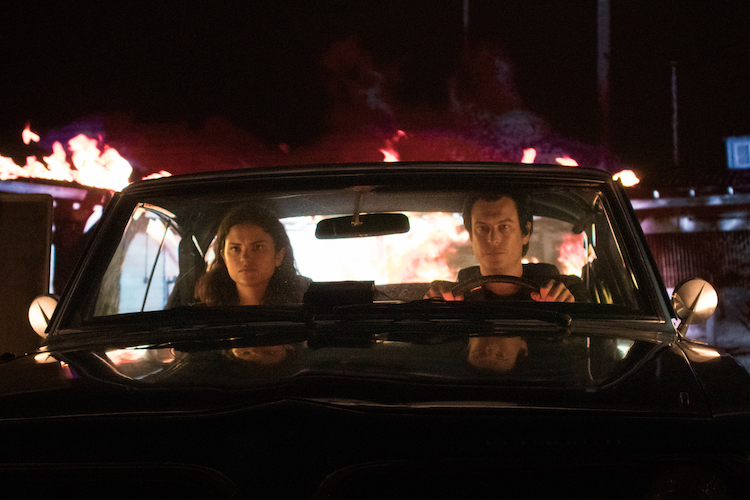 “When I made that decision, and I knew that I wanted to tell that story, the movie really took on a different structure. It went from being what we think of as a three-act structure to being more like a five-act structure, which of course is not a genius idea. I mean, lots of writers do that, but it was definitely a change in how the script looked and was written when I decided I wanted to take on that stupid idea.”

Well, thank you so much for your time. It's a really charming film, and I would love to see more from you on this topic, like go back to that town and just do a whole series on that.

“Hey, let Shudder know, and we'll get going on a series. Why not?”

Why not, indeed? I think there’s great potential for a horror-lite series taking place in this small town. But in the meantime, we’ll have Blood Relatives, the movie, to enjoy, only on Shudder, November 22. Check out the trailer!