Do not miss our exclusive premiere of Ninja Sex Party's hilarious video-WONDERING TONIGHT.

For those that enjoy the tunes of Tenacious D, Adam Sandler, Andy Samberg or Flight of the Conchords and anything 80’s really, you will absolutely love Ninja Sex Party!

Who’s hog are you snarfing on, tonight?

Ninja Sex Party started in 2009 and consists of two bandmates:

Ninja Sex Party also has a graphic novel that came out in June titled, Ninja Sex Party: The Graphic Novel, Part 1: Origins. You can grab that here. 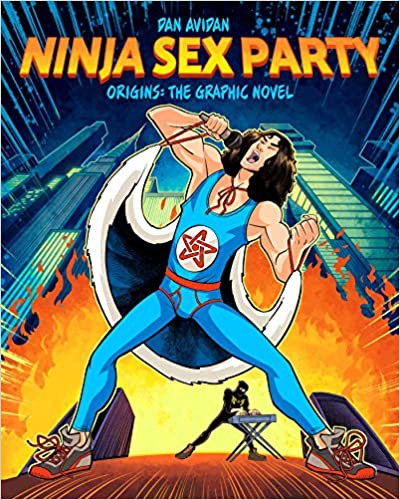 If you hadn’t heard of Ninja Sex Party before now, it’s definitely time to catch up. They have roughly 50 music videos out there. They bounce between outlandish originals and 80’s covers. They were also Billboard’s top selling Comedy Artist of 2018, which got them a date on Conan.

I can’t recommend these two enough. I grabbed the first video they premiered last week below.

Any Ninja Sex Party fans out there?
What do you think of Wondering Tonight?
What’s your favorite song by them?
THE PROPHECY drops on October 16th and will be available at ninjasexparty.com