For the fifth week of this Year of Nic Flicks I wanted to return to theatrical Cage, especially after DOG EAT DOG. Really, I seriously, genuinely hate that movie.

Anyway, moving on. This week I went with 1993's AMOS & ANDREW, a film that I had seen before but it's been over 25 years, so I found some surprises along the way. I remember wanting to see it when it came out because by this time I'd become pretty much a Nic Cage fan, and I'd seen Samuel L. Jackson in enough things to appreciate the pairing. The trailer made it look like a fun romp so I was in. Let's check that trailer out now:

Cute enough, right? So I went to the media resale shop and bought a copy on disc for four bucks or so, brought it home and read the synopsis on the back to my wife:

"When a successful African-American author (Jackson) buys a house on an exclusive New England resort island, local law enforcement mistakes him for a thief and nearly kills him in a hilariously bungled attempt to "protect" the estate. But things go from loony to just plain wacky when the town's Police Chief (Dabney Coleman) attempts to cover up the embarrassing details of the event by planting a convicted criminal (Cage) in the house to take the rap!"

"You enjoy that," was her response, which I know is code for "Fuck, that sounds awful. I'm not watching that." 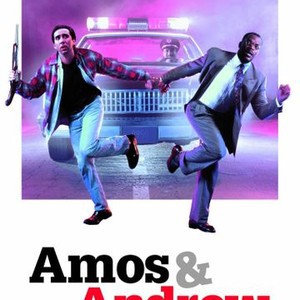 While both the trailer and synopsis try to make the film sound like zany fun, it's evident that writer/director E. Max Frye (FOXCATCHER) was trying to craft a poignant farce about race in America. While all the ingredients are there and the dialogue tries to get heavy on occasion, the tone of the film and the overall character development of its leads, likely due to studio intervention, keep the film from saying anything meaty. I watched aghast as Officer Donny Donaldson (Brad Dourif, THE LORD OF THE RINGS: THE TWO TOWERS) smears black paint on his face for their "Night Op" before opening fire on Jackson's Andrew Sterling, causing the police chief to do the same to Cage before sending him in the house. It seemed an unnecessary detail that reveals the director's insistence on sneaking Blackface into his film about race divides in America.

The performances in the film are all serviceable, from Cage, Jackson, Coleman, and Dourif to Michael Lerner as the lawyer catalyst neighbor ("He represented the Chicago 7") and Bob Balaban as the hostage negotiator who seems to revel in the joy of having someone to talk to. I'd like to say right now that I absolutely adore Bob Balaban in comedic roles; he's got the timing, the delivery, the facial machinery all down pat. He has yet to disappoint me. 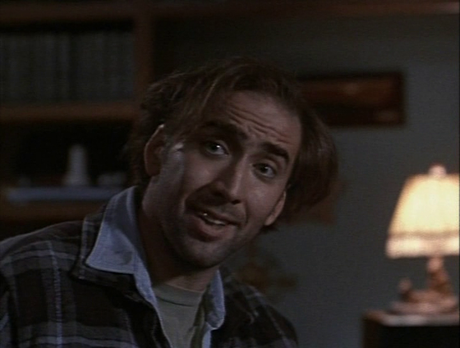 Unfortunately, I do have to say that, although I liked his work and the energy he brought to the character, this is a film that I can't confidently say "No one could've pulled off this role but Nicolas Cage." Honestly, with the way the character is written and his very few dimensional beats throughout, I immediately thought of at least two other actors who could've made this film just as good, even at the same time period. Watch it again and tell me if you don't agree that the character of Amos O'Dell couldn't just as easily have been played by a 1993 Charlie Sheen (who appeared alongside Jackson in that year's LOADED WEAPON 1 and Cage in DEADFALL) or Robert Downey, Jr.

To his credit, Cage does bring a charm to the role that the character otherwise lacks. He's casually racist in his own way, opportunistic, vain and self-centered, and fails at establishing some level of sympathy with a meandering story about Sea Monkeys. That said, he smiles the right way and has a few physical gestures that elevate the performance to one that can't help but make me smile. I'd like a gif of his casual shrug, shotgun comically turning in his right hand like an extension of his limb as he looks out a cop-less street towards the end of the second act. It's good physical comedy.

Unfortunately a lot of the comedy in this film doesn't work as well. The "hilariously bungled attempt to protect" mentioned in the DVD synopsis is anything but; it's horrific that a heavily-armed police officer could think a car alarm FOB is a 9mm handgun merely because it's in the hand of a black man. On a less somber note, Jackson and Cage share a strange chemistry that I believe comes from their kinship as actors because the characters never really get there in the film. Amos continues to use Andrew as a human bargaining chip for far too long, and his attempts to psycho-analyze his new "friend" are shallow and damning. That they insinuate that they've achieved any kind of bond at the end of the film is just a baseless assertion. In reality, the only thing truly binding the men is that Amos isn't a rich, paranoid neighbor trying to actively ruin Andrew's life or kill him and that's the low bar one needs to meet to be an ally. In the context of this film, at least. And to Andrew's credit, he's not a cop, so he's cool in Amos's book. 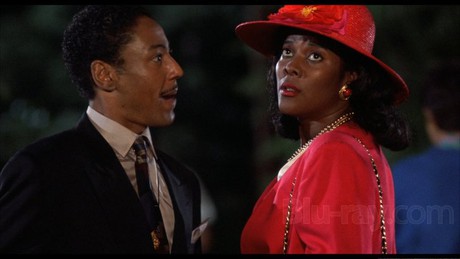 Giancarlo Esposito (AMC's "Breaking Bad") and Loretta Devine (CRASH) co-star as civil rights advocate friends of Andrew Sterling's who organize a march on the island and demand the police presence demonstrate their effectiveness and produce Sterling safely. It's a poignant moment that could ignite a passionate situation in the film's rather underwhelming third act, but it's whipped into a comic frenzy and they BURN HIS FUCKING HOUSE DOWN. Seriously, what is supposed to be funny about Andrew Sterling's experiences on this island?

In conclusion, I doubt I would watch this movie again, which is inconvenient because I now own a copy. It does serve as a interesting reference point of where these two lead actors were in their careers shortly before they became Academy-Award Nominees and bona-fide action stars. Aside from that, it seems like the filmmakers weren't entirely sure what kind of film they wanted to make and these two were caught in that insecurity. As a final piece of evidence for this conclusion, the film has a stinger, a post-credits scene, that is as disappointing as it is senseless. I won't spoil it for you, because I'm a heartless dick and I want you to seek it out. 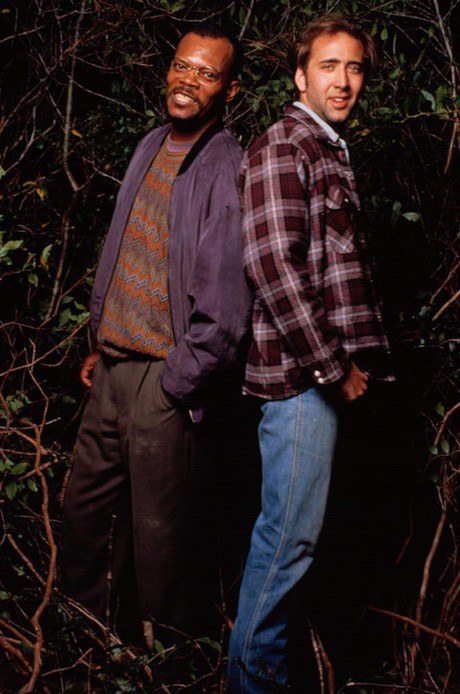 That's all for this week. Next week we have our first Double Feature on this column, so I hope you're as excited as I am. Until then, stay safe and stay sane.