I’ve been watching movies for as long as I can remember and after a while it takes some moviemaking magic to surprise me. However, that is exactly what this week’s selection did, I’m delighted to report.

Coming after the discussion of his Oscar-winning performance in LEAVING LAS VEGAS I wanted the pendulum to swing wildly in the opposite direction; I wanted to find some Nicolas Cage overacting at its largest, and for that I chose to watch Werner Herzog’s 2009 drama BAD LIEUTENANT: PORT OF CALL - NEW ORLEANS. I had seen a few scenes in supercuts of Cage spazzing out on camera and seen interview footage of how he approached the role with the intent to be difficult; “to be the American Klaus Kinski,” as he said several times. I expected the film to be parodically bad, a complete nonsensical fever dream. 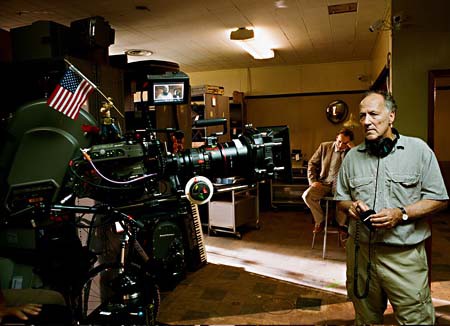 It wasn’t. It’s surprisingly good, and Cage is amazing in it. His acting is Oscar-caliber and the overall film, its story and themes, are mesmerizing. It stays with you days after you’ve finished it, and you have to wonder why it’s not talked about more frequently in better light. The film was a flop, returning $10M worldwide on a $25M budget, but it’s critical and commercial ratings are consistently better than average. Unfortunately the only thing that most pedestrian filmgoers know about this film is that it’s the one wherein Cage plays a crackhead and laughs maniacally while telling off-color stories to drug kingpins. To be honest, that’s there, and it’s wild, but there’s a whole film around it that showcases a character that is an incredible force of chaotic good yet also driven to depravity by uninhibited pilots of dependency and hedonism.

Cage plays Detective Terrence McDonagh, and the film opens with Terrence and his partner Stevie cleaning out a fellow detective’s locker at his request in their flooded police station during Hurricane Katrina. It is evident immediately that neither of these officers are good men, but when they find a forgotten perp in a rapidly-filling jail cell, McDonagh has his Save the Cat moment and jumps in to save the man. In doing so, he injures his back and saddles himself with a lifetime of pain, which the doctor explains will be mitigated by opioids. Ironically, while I was watching this film, I had just had my bottom two wisdom teeth taken out and was struggling with whether to take the opioids I was prescribed or manage my pain in another way. Let’s just say that the film painted a harrowing-enough portrait that I spent the next several days in a drunken stupor and have not taken any of the Hydrocodone Acetamin.

The film picks up with McDonagh six months after his diagnosis and the receipt of a medal for honor and a promotion to Lieutenant. Cage has completely changed his gait and demeanor. McDonagh’s persistent pain is evident in every word and every step. He’s snorting coke at crime scenes, shaking down an evidence room officer for Oxy, and randomly accosting couples outside of a popular night spot for crack and handjobs. In short, he’s a bad lieutenant. I should note at this point that I never saw the original BAD LIEUTENANT with Keitel and I’m told that these films have zero interconnectedness, but it is worth reading up on how incensed the original film’s director was at the release of this 2009 film. Strong words were exchanged. 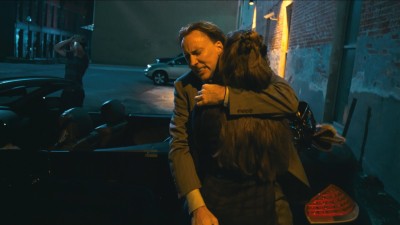 At this time McDonagh is sideswiped by a huge case: a quintuple homicide that appears to be drug-related. His captain is reticent to have him take lead on it as he’s so fresh in his position but he feels like he can do it. McDonagh insists he can.

As the film wears on we see more of McDonagh’s larger life and the characters that inhabit it. His girlfriend is a high-end prostitute named Frankie played by Eva Mendes that he seems to have genuine affection for. His father is a reformed drunk living with his currently drunk wife played dramatically by Jennfier Coolidge. (Having recently seen her in a dramatic role in PROMISING YOUNG WOMAN I don’t entirely endorse her drama chops, though she brings some vulnerability to both roles that is hard to ignore.) To bankroll his need for better, stronger drugs he has taken to sports betting through his bookie Ned, played by Brad Dourif, though his luck is not the best. His evidence room officer connection is played by Michael Shannon, a welcome addition to any cast, and when it seems like that may not work anymore he stumbles across an old flame from another department in a similar capacity, played by Fairuza Balk. His afore-mentioned partner Stevie is played by Val Kilmer, who honestly isn’t given much to do in the film in terms of screen time but makes use of it by revealing himself to be the titular Bad Lieutenant. Shea Whigham plays one of Frankie’s clients that invokes the ire of McDonagh, leading to a third-act showdown that gives the film its bonkers reputation. “Oh yeah.”

Throughout the film McDonagh employs the same ruthlessness in scoring drugs as he does toward his policework and it creates a fascinating portrait of a man determined. There’s little question to why an addict would go to great lengths to score as we as a society understand addiction, but when it comes to motivations such as professionalism or completion, we find ourselves walking around with giant question marks above our heads. Why is it so important to McDonagh to solve this case? Is he a “good cop” and can we even quantify that or balance it with all of his nefarious activities? What’s in it for him? Is there a high associated with victory and how long will it last? Is he career-minded and what does that even look like for an addict?

The film asks plenty of questions and surprisingly offers quite a few answers. Towards the end as storylines are being tied up they happen so quickly and in quick succession that one imagines it to be a dream sequence but it isn’t. The film has two definitive endings but both seem to inspire hope, something we didn’t imagine we’d see when the film’s opening titles focused on a moccasin sliding through the murky rising waters some two hours prior.

I do have to make mention of Herzog’s contribution to the film, however, as it is clear that no one but the German auteur could have made this film. It appears while watching that Herzog and Cage are locked in a Weird-Off competition, to see who can out-weird the other. Herzog peppers the story with animal observers, like the moccasin, iguanas, and alligators, that appear randomly and without subtext. At one point later in the film we’re following McDonagh over a bridge and he’s looking out his sedan’s window and I fully expected it to cut to a neighboring car with an alligator behind the wheel. It didn’t, but I would not have been phased even the slightest if it had. Herzog loves nature, which we all accept, so he just unceremoniously shoved some in whenever he wanted. Cage, not to be outdone, rolled right along with it, chewing through scenery and occasionally photobombing his scalier costars. It’s a sight to behold. 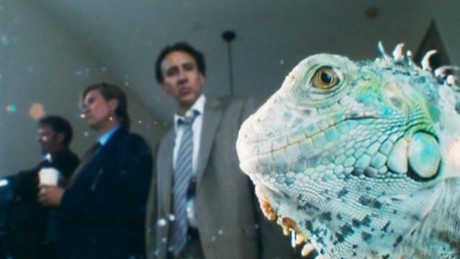 All said, BAD LIEUTENANT: PORT OF CALL - NEW ORLEANS is not at all what I expected and that is high praise. It’s a scorching portrait of a man torn apart by duty and depravity, by altruism and addiction. Burdened by its meaningless title and Internet infamy, the film is a true treasure that I beseech anyone who had been holding on this title to view at their earliest convenience. Strengthened by its surprising cast and a truly remarkable performance by Cage, it’s a film that I believe needs and deserves more positive attention

Until next time, stay safe and stay sane and stay off the drugs.