BULL'S Neil Maskell Demonstrates He's Nothing Like The Roles He Plays

Hey, friends. Barbarella here. If you’re in the mood for a ferocious British film, revenge-thriller BULL is currently available in theaters and on demand and digital. Written and directed by award-winning writer/director Paul Andrew Williams (London to Brighton, Unfinished Song, The Cottage), it stars Neil Maskell (Kill List, "Peaky Blinders"), David Hayman (Sid and Nancy, Macbeth), and Tamzin Outhwaite ("EastEnders"). In the film, a decade after disappearing, former mob enforcer Bull (Neil Maskell) returns to find his son and track down those who betrayed him.

I had the opportunity to connect via Skype with Neil Maskell who apparently had similarly nice weather in Antwerp, Belgium as I did in Austin, Texas. I have to confess, his demeanor surprised me. Even though I’m not one who assumes actors are like the characters they play, I did kind of suspect that Neil would be somewhat more somber and subdued. Discovering how different he was from my expectations delighted me, and I had a wonderful time conversing with him. Check it out.

BULL is one of those intense British films. How intense was the shoot?

“Very. Because it was short, and we had very little time to get a lot of movie. Plus, there was a global pandemic going on, so we were all living under very intense circumstances. Actually, we felt very lucky, I think, to be able to go to work and be around other humans, because a lot of people couldn't. But it was handy in a lot of ways because that made it sort of immersive, and that energy kind of comes over in the film, but yeah, it was a very intense experience.”

Do you tend to prefer working on those kinds of fast-moving, intense sets, or would you prefer a shoot that has maybe a slower-paced schedule?

“I like working on fast films, independent movies. That's kind of my buzz, if you like. I've done stuff to where you've got a little bit longer, and that can be interesting, too. A lot of camaraderie’s built in between shots when you're hanging around a lot, but I do like this kind of pace. And while it was a challenge some times, and I'm sure at times, Paul was on the verge of a heart attack for how little time we had. For an actor, it means that you are running on an energy. There isn't the opportunity for things to drop and a lot of time to pass, and that's when you tend to get tired, and you start to lose focus. So it was a very focused shoot. I enjoy that. I find that helpful actually.” 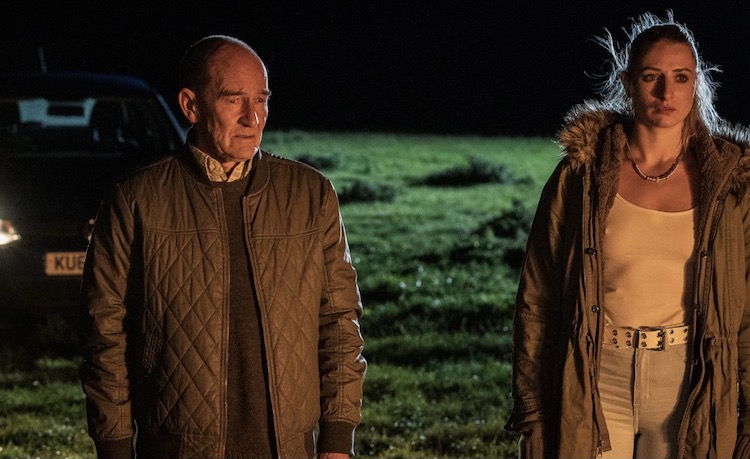 Your character Bull is pretty extreme. It seems like you tend to play darker characters. Why do you think that those are the roles you've kind of been typecast as?

“I don't know. People see me as lunatic. And it really upsets my mom, a lot. I think my wife understands it a bit more. She's always like, "Well, ‘cause you are bloody mad," but I'm certainly not mad in that way. I'll avoid physical confrontation to great ends, so I don't particularly know why, but clearly my face or something makes people think I'm a crazed maniac. I don't know. (Jokingly) It's quite hurtful, if I'm honest with you, Barbara. But it's fun to do, it's nice, and also, on BULL, obviously you're investing it with a good deal of emotion and there's actually, all joking aside, sort of a pretty dark core to it. The thing that's propelling him is the love for his son, but you're right. This tends to be the way I'm cast. I console myself by saying it's better to be typecast than not cast.”

That's true. I'd love to see you in something Monty Pythonesque, though.

“Well, I've done a bit of comedy. I don't know if its stuff that’s traveled particularly well, or certainly not stuff that travels to the states maybe, but even in comedy, I'm normally someone who's a bit mad, so it's always that.”

How long did you have to prepare for the role, and what kinds of things did you do to get into his mindset?

“I don't think I had very long, a bit of time, maybe a few weeks. I've always got this sort of long list of questions that I've developed over the last twenty-five, thirty years that I go back to and make sure I sort of fill out and work out who the character is and what the backstory is. Then I just find that whatever I'm listening to or watching or exhibitions I might go and see, I try and look at them through the prism of what might be useful to character. If I do lose focus on set, I'll think about that. It's often quite abstract stuff and things that might seem unrelated to an audience. I make up little playlists of music, not necessarily music the character would like, but things that evoke mood."

What were some of the songs for the character, Bull?

“What were the songs for Bull? It's mainly quite repetitive, sort of doom-laden, minimalist stuff I had for Bull. (Looks on his phone) I'm trying to find you an example, but stuff that kind of grinds, almost like Aphex Twin type stuff, and not music that is a comfortable listen, more stuff that maybe is an undercurrent of unease. “Atmosphere” by Joy Division was on it, and then some slightly more abstract stuff, like Radiohead, where maybe the vocals aren't that clear or quite angular music, sound of metal grinding against itself. Really cheery. Really pleases my wife when I put it on over the speaker.”

How long does it take you to kind of shake off the character after you've played that role?

“Not long. I tend to be very much involved and into it when I'm doing it, and then when it's finished - I mean, I've got a family - you can't really come home and stay in character, particularly not as Bull. I'd be chopping people's and arms legs off. I can normally shake it off fairly quickly. What I experienced, if you do any kind of intense period of work, at the end of it, you get that dip, that downer of that strange almost sort of come-down, of feeling a little bit strangely miserable, and you don't even necessarily realize it's because you’ve finished that period of work. You only realize afterwards that, "Oh, I understand why I was a miserable so and so for a few days there." But no, not too long, I hope. Obviously, people who have to live with me might dispute that.”

Do you have a happy playlist to help you kind of get out of that?

You know what, I should make one. My son's favorite song is “Happy,” that Pharrell Williams song. I've actually heard that song so many times, it makes me murderous now when I hear it. That’s probably the unhappiest place I can be. Having a four-year old cheers you up, anyway, doesn't it? I might make myself an end-of-job playlist. That isn't such a bad idea.”

I'm full of good ideas. (Laughing) What makes Paul Andrew Williams a great director with whom to work?

“He trusts you. He's not prescriptive about his ideas, and he doesn't come in with a very set list of things that he wants you to do, and if you do something different, he just drags you back towards it. He's interested in what you've got and what you bring and your ideas and stuff. I think he knows when he's casting you, hopefully, that he's working with people who've got a similar process or one that he can get on board with, and then he leans into what it is you do. I mean, I directed my first film last year, and I really tried to go in with that in mind. A lot of that was learned from Paul, actually. 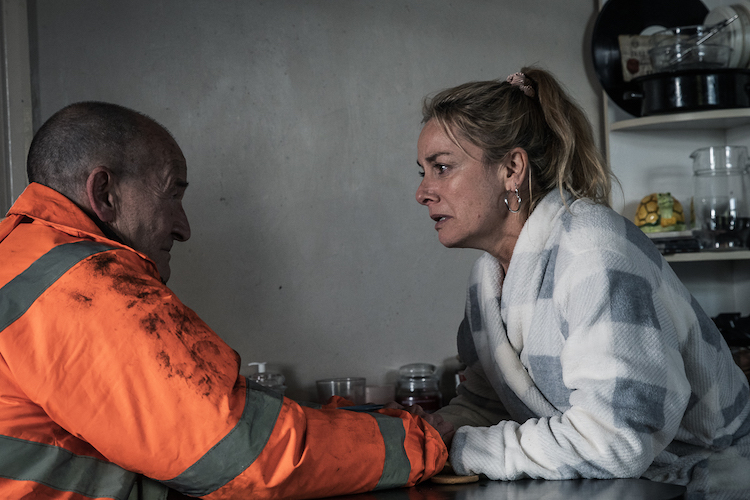 “Don’t tie yourself to your own ideas; be excited about the ideas that the actors bring and move with that. That becomes part of the momentum of the production, as well. That's sort of what moves the whole thing forward and gets the film shot in a short amount of time, but also the happy accidents and the unusual stuff and the choices you weren't expecting being often what's exciting about the finished product.”

What was the most memorable day on set and why?

“I loved the scene with Jay Simpson, where he is playing the heroin dealer who loves playing five-a-side football, and he's sort of supercharged about how he plays with younger kids. It was hard for me to stay in character because I was so dazzled by his performance and so amused by it. When an actor goes that far, makes it completely believable, is really in the moment and in the scene, but brings a kind of eccentricity to a character like that, there’s nothing more exciting than doing that as an actor. And yeah, that was my best.”

If you’re interested in checking out the scene he’s referencing, or if just want to see the kind of role for which listening to Joy Division helps get you into the right frame of mind, you can catch BULL now in theaters or on demand or digital.  Here’s the trailer.