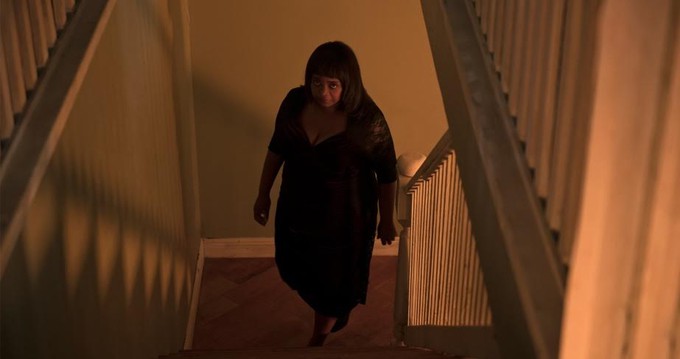 I am sure there are pieces to be written (or already out there) attempting to analyze MA and use takes in the line of “it subverts the usual thriller tropes in order to tackle not only the race divide. Also, Hollywood’s reticence to allow POCs – particularly female- to reach their full potential. Whether this involves embracing their evil selves or not to describe it (If you don´t believe it, I recently read a Brightburn review- one of the most tone-deaf, pointless films in recent memory- which claimed the film advocated the theory of toxic masculinity being an internalized system to be un-learned).

I am not about to do that. It is important to call things by their name- potential and fervent admirers of the Emperor’s new clothes notwithstanding- and MA is slightly more than sheer bottom-of-the-barrel genre trash, no more and no less- which came off as something of a big disappointment for me. Not that I have been a supporter of director Tate Taylor’s career so far (The Help, The Girl on the Train). Or screenwriter Scotty Landes (some episodes of Sacha Baron Cohen’s Who Is America) but Jason Blum is nowadays, in my humble opinion, the most relevant and reliable producer working in the business, bar none, and I have come to expect good or great things from the films and filmmakers he chooses to support.

What MA most reminded me of (not in a good way), however, was The People Under the Stairs, one of Wes Craven’s best-known (albeit not one of his best, period) pre-Scream efforts, with his attempt at social/racial commentary and his mostly welcome although straightforward to a fault approach at storytelling. This tale of a black middle-aged woman being pushed to remember- and, maybe, belatedly rewrite acutely- her long gone youthful days unfurls with cumbersome pace. Not because of any leisurely stylings from Taylor but rather due to a stupefying lack of actual events in Landes’ screenplay; the result is a one-hour-long first act followed immediately by a concluding third one without any connective tissue in between.

This is troubling in many ways, worst of all being the resulting inability of the audience to connect with the movie’s identity to enjoy it on its own terms- mainly because it seems not even the film nor its creators are certain of what such identity might be. During that first hour we watch as Ma (Octavia Spencer, giving her all to this very rare starring role), an assistant to her small town’s local veterinarian, “befriends” a group of teenagers in the creepiest of ways and their subsequent and (very slowly) evolving relationship but at no point are we privy to her inner self. Throughout that stretch we are led to believe- or at the very least suspect- a cornucopia of diverse options: Ma behaves erratically, she must be crazy; Ma looks suspicious, she must be evil; Ma is having tragic flashbacks, she must have a sad backstory. 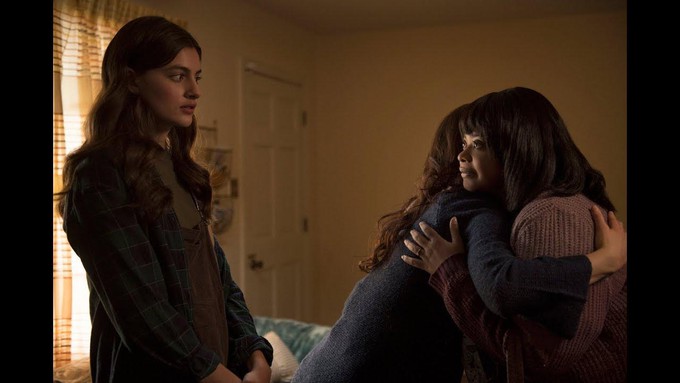 There is nothing wrong at all with playing with audiences’ expectations, for sure. It is quite the opposite if properly managed, in fact- but this feels more like a stroll down Limbo Street, one that fails to convey either suspense (if it was supposed to be a thriller), scares (a horror movie), or much in the sense of insight into the human condition (an actual drama). But- and this is the most amazing part- Ma never becomes flat-out boring, thanks in large part to Spencer’s creation, a direct descendant of Kathy Bates’ Annie Wilkes and her unique brand of instability. She leaps, unbound, from nurturing to life-threatening within the same breath, only to change gears once more and settle into momentary playfulness before becoming who knows what else. This inscrutability is the one constant permeating her performance throughout, and, it greatly enhances it. The scenes wherein she desperately strives for the juvenile acceptance she never achieved while a teen herself is equal parts magnetic and cringe-worthy. The rest of the adult cast (Luke Evans, Missi Pyle, Juliette Lewis and, inexplicably, recent Oscar winner Allison Janney in a thankless, blink-and-you-miss-it extra-like turn) provides confident support, but it is the juvenile ensemble, led by Diana Silvers (now in screens also in Booksmart), that really gives Spencer´s showcase the needed naïveté to play off of. 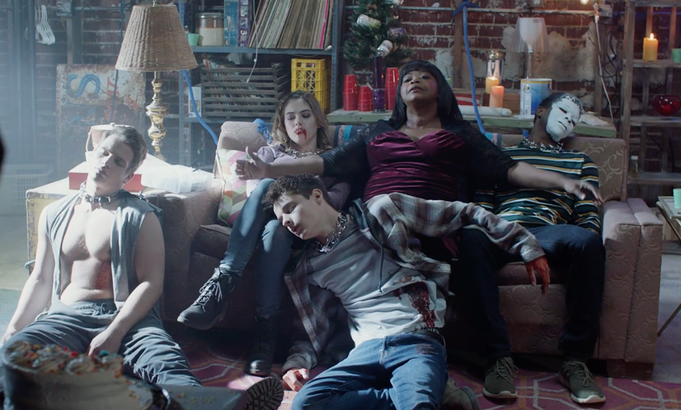 It was the film´s indecision to portray Ma under one definitive spotlight what made it almost impossible for me to, in the end, simply sit back and enjoy it; three-dimensional characterizations are sorely missing in most mainstream cinema, but I truly feel this was not the right movie to indulge in them. More than an even-handed account of actions and reactions- if that was, at all, what it was aiming for- the film came off in the end as outright bipolar thus effectively stopping me from taking a side- any- and watching from there: is she a victim? Yes, so should I side with her? Is she unhinged? Yes, so should I want her dead? Again, just in case the idea of this being a spotless textbook example of mature ambiguity is brewing. It is almost impossible to consider that in any seriousness when the filmmakers wallow in the kind of B-movie sensationalism. That bring forth scenes like Ma whispering to the one black teen in the group, “Sorry, there can only be one of us,” before covering his face with white paint or her sharing a sensual kiss with the underage son of Luke Evans’ character.

I am aware this makes it sound way more fun than I have let on so far, but it for sure is not. MA is somehow enjoyable trash but trash nonetheless.