The Masked Man’s Animator on Animation: THE MIGHTY ORBOTS! 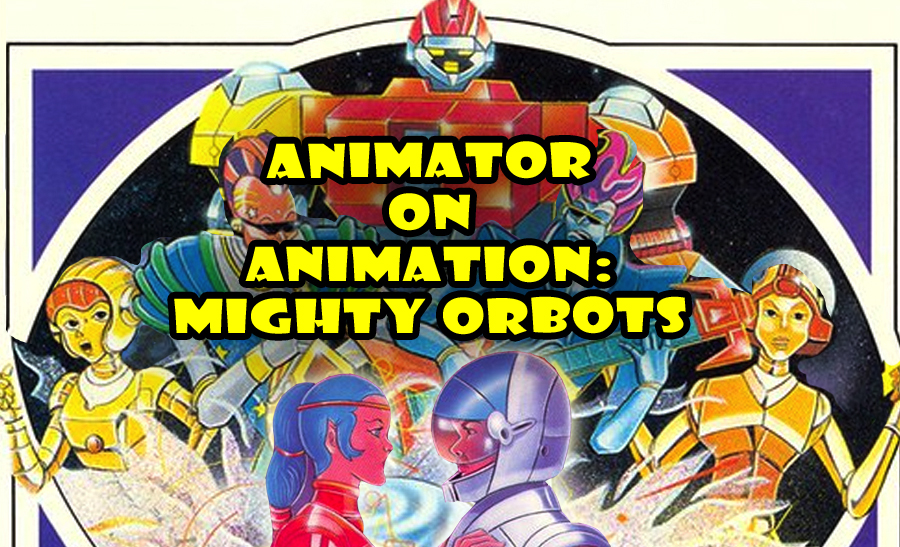 Hey gang, Masked Man here, with another Animator on Animation! Anyone of you lucky enough to see THE MIGHTY ORBOTS when it first aired in 1984? It's probably best remembered as a Voltron knock off. Sadly it never grew into it's own because Tonka (of all people) scared it away with a lawsuit. But looking at the show now- holy cr@p! This has to be the best animated show made for Saturday Mornings! It was a co-production between the USA and Japan, and the Japanese animation studio, TMS just knocked it out of the park! Seriously, check this out with me.

It's all rather anime looking- well, except for Crunch (the fat one) he looks more American (instead joke) design, if you ask me. The little robot, Ohno, I thought was the best blend between American and Japanese design sense. But overall, everything about this show is great- well, I could do without Gerry Owen's silly voice over. Just trying to milk comedy, where it didn't need to be. I'm curious if the show writers actual wrote the vo, or did the producers add it in post, because- yikes.

If you've never seen it, prepare to see a lost gem. For you comicbook fans, I would almost bet Fire and Ice, from the Justice League International days were based on the two 'female' robots Bo and Boo. Okay, enough boring chit-chat, let's watch some cartoons!