Ken with a trailer and release information for MIDDAY DEMONS.

MIDDAY DEMONS follows an Italian named Leo (Pietro Ragusa) and his Irish wife Megan (Fiona Glascott).  They live in Dublin when they get the bad news about Leo’s uncle, Monsignor Domenico (Salvatore Lazzaro), passing.  It doesn’t seem THAT horrible when they inherit the Monsignor’s ancient palace.  Megan digs into the new digs history…
Rule #1 when inheriting old estates:  Enjoy the free spread and do not dig into their secret past.

From the trailer we know the movie is inspired by true events, Megan likes to draw gargoyles, Leo knows something he isn’t sharing and they bring a kid into this mess.

Rossella De Venuto wrote and directed MIDDAY DEMONS, her debut feature.  The movie, out of Argentinia, is presented by 1844 Entertainment and runs 85 minutes. 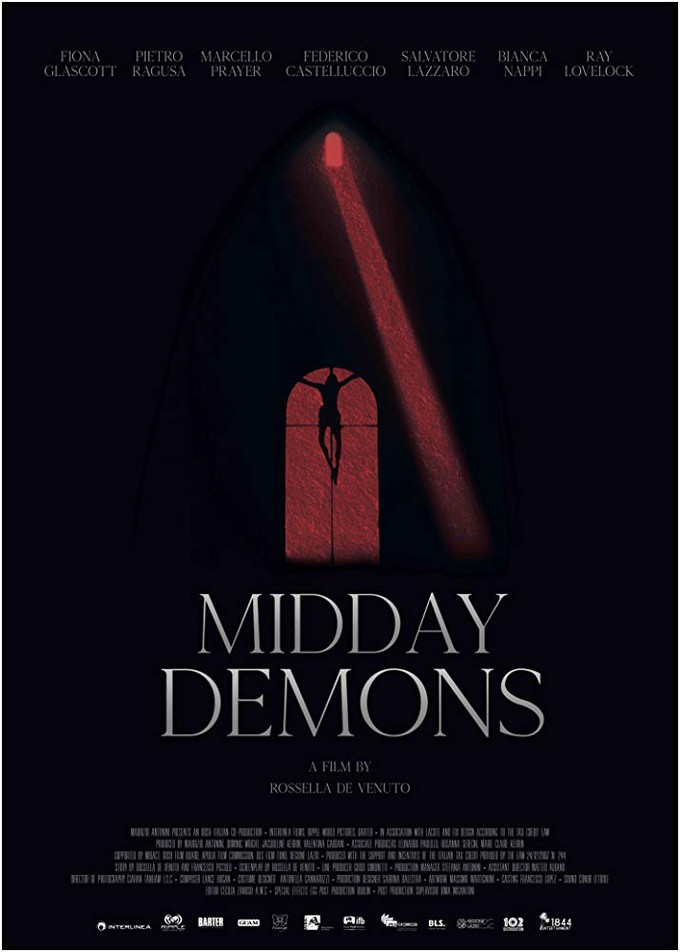