Hey, friends!  Barbarella here, and I’ve missed you.  I’m sorry I was away for so long; it was unavoidable, but I’m delighted to return to share that Michael Jai White’s latest feature, THE COMMANDO, is now available on demand and digital.  Michael Jai White stars as James Baker, a DEA agent struggling with PTSD whose return to the family and home life doesn’t go as planned.  A new threat in the form of Johnny (Mickey Rourke) and his crew triggers him.  I confess, I was eager to speak to the actor and fighter, who is one of the few people I find believable when he knocks someone across a room.  Unlike so many action stars, he just seems like he has that kind of power.  Check out our conversation. 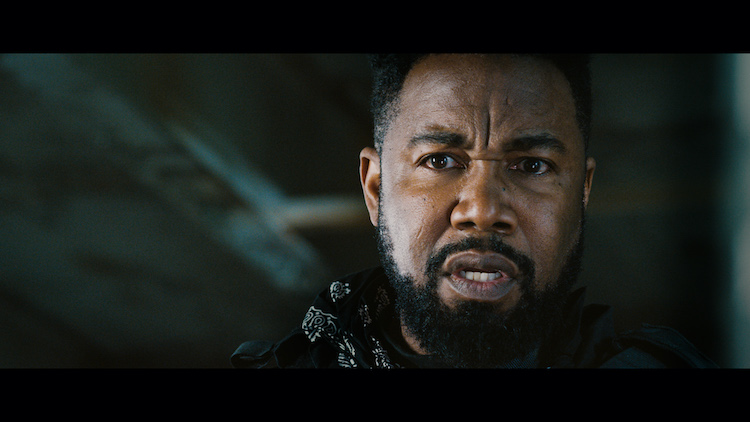 What did you find to be James Baker's most interesting quality to explore as an actor?

“Well, I mean, it was interesting that he's a guy dealing with the PTSD coming home, and he's got this struggle of trying to figure out what's reality and what is he hallucinating.  And he's got to function, and he's got to protect his family from an onslaught while he's trying to kind of marshal his own mentality.”

He experiences something pretty traumatic.  Have you ever experienced something or played a character that maybe you had a hard time shaking off afterwards?

“No.  Personally, I've never had that kind of thing happen.  I mean, not in this industry or being so connected to a character that it caused anything.  I think if anything, I've been connected to characters that made me just look at the world in a much more positive way.”

Well, that's good.  What was it like working with Mickey Rourke?

“Well, he's kind of interesting.  This is my second time working with him, and I knew him.  I kind of dealt with him [when] I bought a car off of him about twenty years ago.  We had a lot of mutual friends that were in the boxing world, so I kind of knew what kind of guy he was.  And we really kind of bonded pretty well on COMMANDO, but we had worked about four months earlier on another movie called TAKE BACK, which my wife was a star of.” 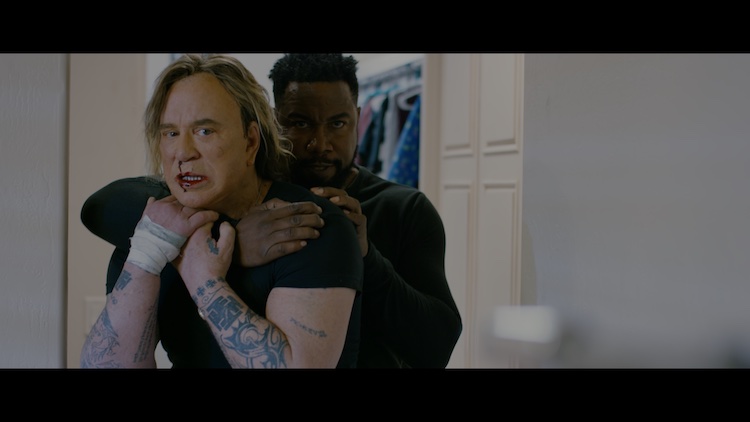 I'm kind of curious about the relationship between actors and their stunt doubles, or if there's even one.  Did you get to know your stunt double at all?  What was the dynamic like?

“Well, my stunt double, Jasper Joyner, he’s like my little brother.  He’s probably doubled me about nine or ten times, so we are very close; we are like big brother and little brother.”

That's cool.  If you had to fight him, who do you think would win and why?

“Oh, he wouldn't fight me, so yeah.  You know, it's just like fighting your older brother, you never want to do that.”

James beats himself up pretty hard for what happened in this movie.  How hard are you on yourself when you make a mistake? 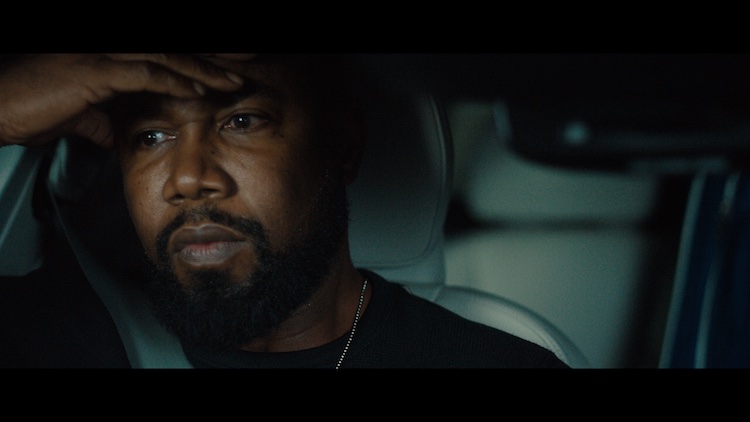 “Very hard.  That's why I keep myself on a narrow line because I'm hell to pay to myself.  I don't even lie by omission to people, because I will walk around with the residual angst afterwards.  Nothing's worth that.  I've got a very overactive conscience and so, I mean, I have to do what I think is right.  I've gotten to a place where I feel so good and happy being honest, so anything that kind of threatens that, I give up.  I don't want anything to sacrifice that peace of mind that I have.”

That’s really interesting.  How do you think that developed in you?

“Maybe superstition.  I mean, to be honest with you, I know I used to struggle with a lot more angst, and I was far less happy when I allowed bullshit in my life, and I allowed myself to be bullshit.  I think a lot of it has to do with my marriage.  I married someone who I thought… who I knew was so much better than me, and I had to become the man who deserved her, so I just became completely transparent and went through the experiment of being honest at all times.  And it just gave me so much joy and peace in my life that I would never let anything else in.  You know, it's made me the happiest person I know.”

That's sweet.  What day on set felt the longest and why?

“Oh, the last day, because we were trying to get all the things that were left.  That's something that happens to a lot of productions.  Your last day is super long, because little shots that you didn't get from previous days get piled on to the last day." 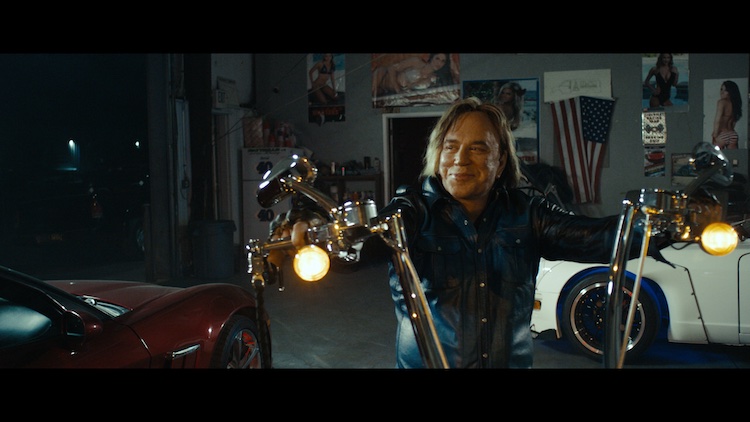 How has your workout routine evolved from when you were first starting out to now?

Well, I work out a lot smarter because I've learned a lot more, so I can do a lot more in a shorter amount of time.

How much time would you say you spend working out, on average?

“I would say, I average every other day.  I might train every other day on a regular maintenance level, but if I'm working on something specifically, I'll do three days on and then one day off.”

Who would you say was the most professional person on set?

“I got to say it's me, 'cause I'm in.  I'm the guy that's done more of those movies than anyone else, right?  I've done more dramas, done more action, and so I'm trying to bring all those worlds together and yeah, I try to bring all I can, and I do whatever I can to make it work.  I mean, I'll do choreography, I'll [help] with blocking, because I've just been at it so much longer.

Do you find that choreographing fight scenes now is a little bit more streamlined than it used to be?  Like, is it a faster process for you now?

“It is a fast process for me now, 'cause I've done so much of it.  Like say, I had a fight scene with Donald "Cowboy" Cerrone, and so I took it upon myself to go to his gym and learn his best moves so I can incorporate those into our fight scene.  A lot of the lead actors don't have to do that, but I want to do what I can to make it the best movie as possible, so instead of Donald having to learn choreography that's not organic to him, I'd rather choreograph with his best moves, so it's easier for him, and it's better for the movie.  The better he looks, the better I look.  That’s one aspect of how I do a little bit more than usual to try to get the movie done.  I mean, that's why I can say I'm the hardest worker, because I don't leave it alone.”

If you want to check out Donald "Cowboy" Cerrone’s best moves go up against Michael Jai White, you can.  THE COMMANDO is available now on demand and digital.  Check out the trailer.