McEric talks "WandaVision" - Why is this?

Howdy, y'all! McEric here with my thoughts on the first two episodes of the Disney+ series "WandaVision." If you've been living under a rock, here's the trailer: 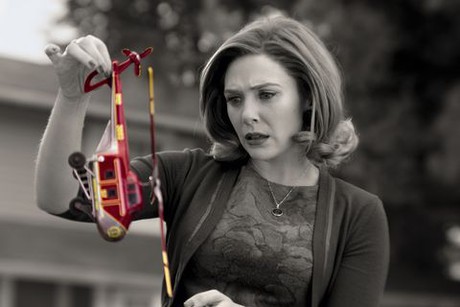 The characters of Wanda and Vision (Elizabeth Olsen and Paul Bettany, respectively) seem to know who they are, in terms of their powers and dissimilarities with their neighbors, but not why they are. Why they're there, why they're trying to assimilate to a polite society, or where they've been (though they do proffer that they emigrated from Sokovia).

We see at the end of the first episode that they are being monitored at S.W.O.R.D., S.H.I.E.L.D.'s galactic division, and it's intimated in the second episode that S.W.O.R.D. is affecting goings on within their reality, but the presence of television ads featuring both Stark and Hydra "tech" lead the viewer to believe that they're "control" is in contest. Who is pulling the strings? And why? A desperate voice from the radio calls through in the second episode, reaching out for Wanda, in the words of a friend. Who is it?

What I enjoyed most about viewing WandaVision was the unfolding of the premise. Like the magic act in episode two, the theatricality lies in the setup. The mystery as it is revealed is a delight, and seeing these two powerful characters demur in the face of pedestrian threats offers a fun juxtaposition. It is a revelation at one point during episode two to see Wanda use one of her most devastating powers, that of manifestation. When confronted by something that she finds intolerable (a beekeeper emerging from the sewer), she simply utters the word "no" and the timeline resets itself, playing forward without the threatening interloper. It reminds me of her integral role in the comics story "The House of M," wherein she rewrites reality as she sees fit to cataclysmic results. 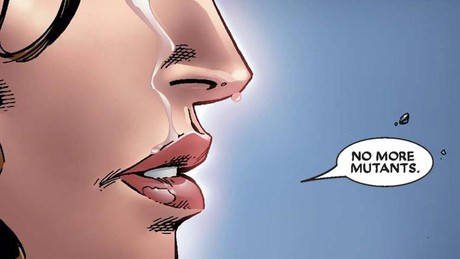 It shows that Marvel is prime to reveal more powers from the pages of the comic books, which they've shied away from in the past as it was either too unweildy to accomplish cinematically or too unpalatable for studio liking. Either way, it's great to see that they're leaning further into the comics moving forward, adhering more firmly to the source material that has buoyed their success thus far.

I noted that the opening titles of epsiode one took their cues from "The Dick Van Dyke Show" and that episode two parodied "Bewitched." Though both shows started in the sixties, "Bewitched" didn't go off the air until the seventies, and was in color by that time. Based on those openings, and the production stills floating about, I believe that each episode will venture further into the "future" as Wanda and Vision try to make their way back to their original time. What sitcoms do you think they'll travel through? I'm thinking maybe some "Growing Pains" or "Family Ties" or maybe even "Charles in Charge" or "Mad About You." Truly, the joy of this show comes in the discovery.

For now, we know what they're doing, mostly, and we just need to discover why.

The next episode of "WandaVision" streams on Disney+ tonight at 12am PST.