Howdy, y’all! McEric here with a fresh review of the latest entry in THE CONJURING universe of films, ANNABELLE COMES HOME, out in theaters today, June 26th. Check out the trailer here:

Although I was fully aware of the series of films brought to us by James Wan and David F Sanberg, I must admit that I hadn’t seen a single one. This film appears as the seventh entry in the series, so I really didn’t know what to expect. To be honest, haunting/possession films aren’t really my bag, but I had a friend who was dying to see this and I rarely turn down an opportunity to drive into Austin. Being a natural cynic, I went into this screening expecting to be disappointed by a tepid example of “modern horror”. That expectation, along with many others, was subverted.

The official synopsis of the film reads as such:

“Determined to keep Annabelle from wreaking more havoc, paranormal investigators Ed and Lorraine Warren lock the possessed doll in the artifacts room in their house. But when the doll awakens the room's evil spirits, it soon becomes an unholy night of terror for the couple's 10-year-old daughter, her friends and their young baby sitter.” 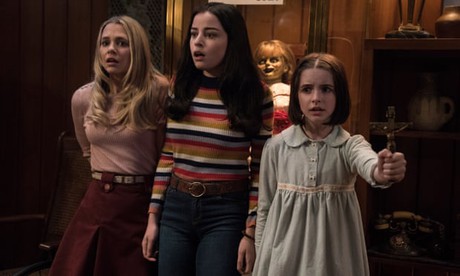 Now, to dispel an oversight, the last sentence of the synopsis is incorrect. It isn’t daughter Judy’s friends and their babysitter; it’s the babysitter’s friends. Young Judy has no friends, as all the kids at school are freaked out by her parents’ dealings with the occult. And why wouldn’t they be? They probably saw HARD CANDY also, and personally I will always look at Patrick Wilson with a bit of side-eye after seeing that one.

Everything I thought about this movie was wrong, which says a lot more about me than the film, or those surrounding it. I assumed it would take itself way too seriously, that it wouldn’t try very hard to be different, and that it would be so removed from the source films as to be esoteric filler. All of these assumptions were wildly inaccurate, and I found myself really enjoying the film I actually did see.

ANNABELLE COMES HOME is written and directed by Gary Dauberman, who wrote both of the film’s namesake predecessors, and this film marks his first stint in the director’s chair. He brings with him a genuine love of horror films, and an excellent knowledge of their tricks and tells. The film consistently subverts your expectations; they’ll set up a scene and you just know it’s going to lead to a jump-scare… then it doesn’t. You’re looking for it, certain you know when it’s coming and from what direction, and when it doesn’t and you screw your face in befuddlement, an unexpected scare comes at you from an entirely different direction. It’s like riding a roller coaster in the dark. It’s Space Mountain: The Movie.

The film holds a lot of humor, but more than that, it’s fun. It makes fun of itself, of the whole genre, and of you. Set in 1971, we get an eyeful of shag carpets and ringer tees; overly lit supermarkets and so much goddamned denim. The supporting characters are laughably thin, but it doesn’t matter, ‘cause you’re laughing. By the end of the film, you care about Bobs Got Balls, and you don’t see Daniela as merely a Mila Kunis stand-in who makes all the wrong decisions. 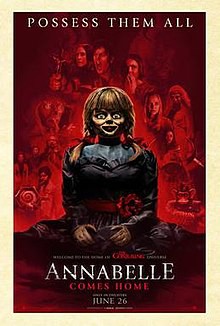 I could go into spoilers but I’d rather not, because I want you to see this movie. Moreover, I want you to see it in a theater. It is a wonderfully communal event to hear the sharp inhalations of breath all about you as viewers brace for the next scare, and the guffaw of shock when it hits off-time. You’ll want to yell at the screen, to tell the characters “Don’t go in there!” or “Don’t split up!” or “Goddamnit, Bob, stay in the fucking chicken coop!” You might not even know you were that person, but this film will subvert even that expectation.

ANNABELLE COMES HOME is a just a good time at the movies, and I am frankly humbled at how much I enjoyed it. It serves as a reminder that just because I can lean into some smarter-than-the-average bear cynicism, I’m not always right. Sometimes I’m just an asshole who forgets to let life surprise me by being better than my shitty outlook. Strange that a franchise horror film would do that for me, but it did. And it can do it for you, too. 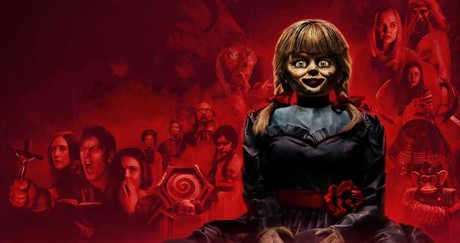 Until next time, for shit’s sake, DON’T LOOK UNDER THE COVERS! 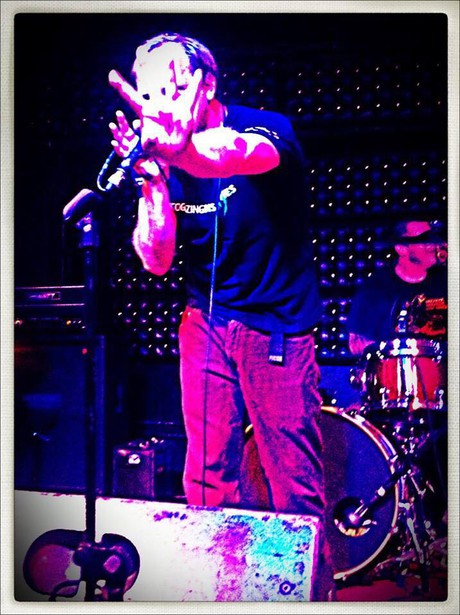