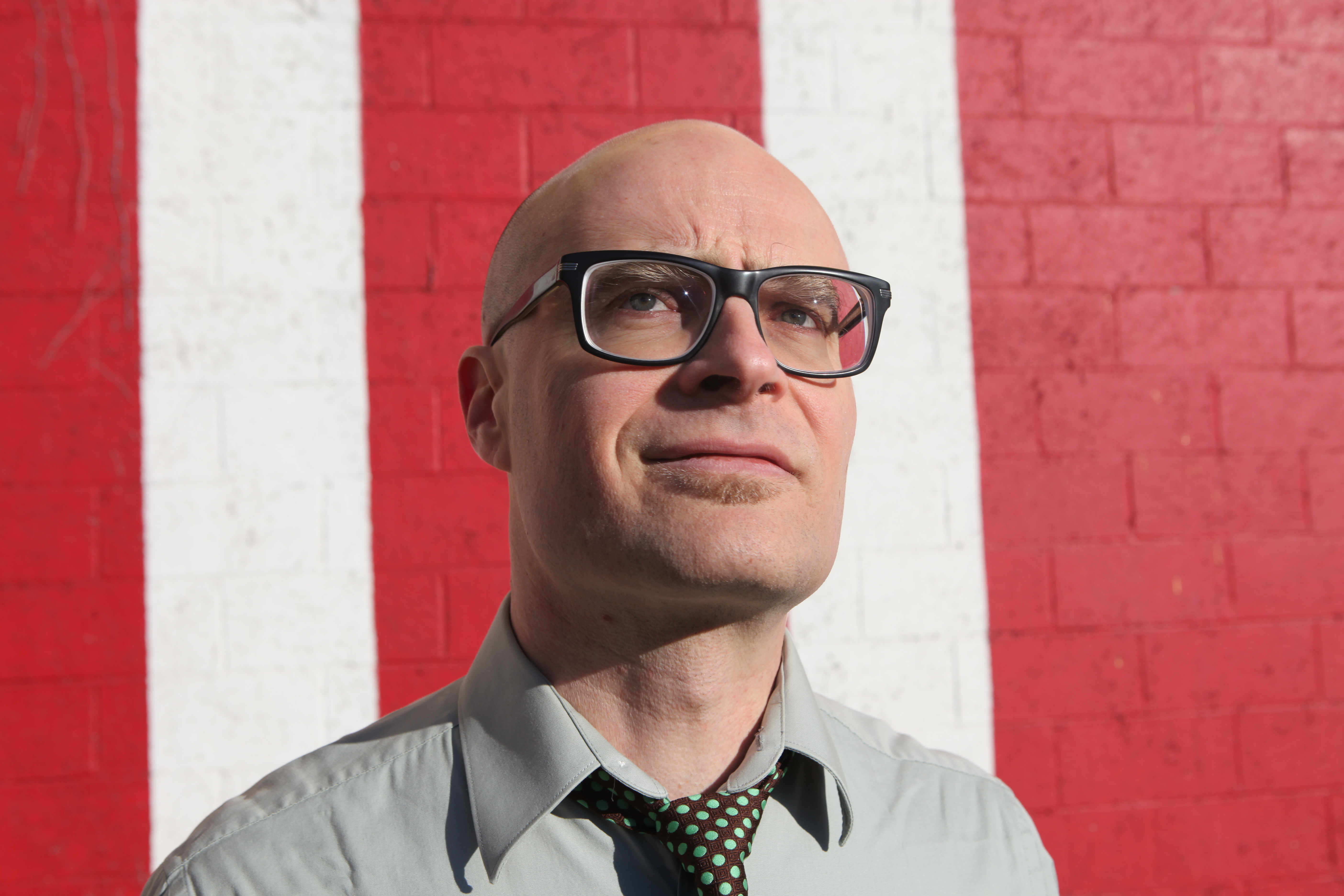 Photo credit: Jason Scott
Earlier in the week, I wrote a piece and short interview with MC FRONTALOT featuring an old track that I still love, SPOILER ALERT. TODAY, I'm back with a WORLD PREMIERE VIDEO for his new track, INTERNET SUCKS!
The song is from his new album, NET SPLIT, OR THE FATHOMLESS HEARTBREAK OF INTERNET ITSELF. I'm WAY stoked to be the one to share this with the world first! Frontalot is one my absolute favorite Nerdcore artists, so it's a huge honor to get to do this!

Here is the deep-details breakdown on the whole album, with the video below! 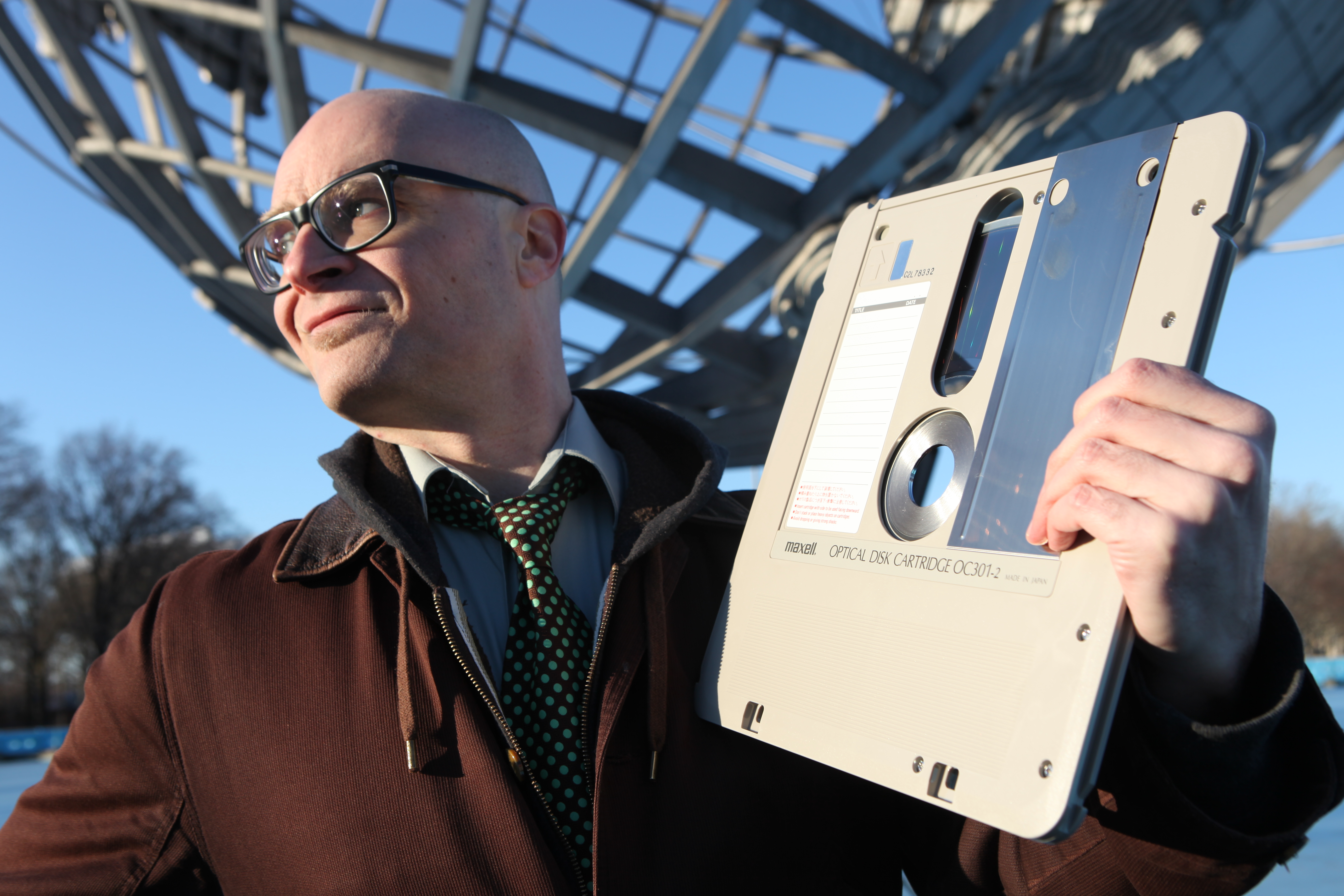 The internet has betrayed us all! The promise of a utopian Kurzweilian singularity is undermined by edgelord trolls, Dark Web villains, asinine memes and shallow echo chambers. Brooklyn’s MC Frontalot, godfather of nerdcore hip-hop, laments the state of the net on his 7th album Net Split or, the Fathomless Heartbreak of Online Itself (out March 8 via Level Up Records & Tapes). His signature playful flow and impish, intellectual humor holds up a mirror to the worst permutations of his beloved nerd culture.


“In 1992, it was love at first site,” says Frontalot. “I’m in the computer lab in my first year of college. I can use Gopher to find illicit texts. I’ve got my first email address. Dungeons & Dragons has gone worldwide through MUDs—this is a breakup album about my relationship with the internet. But it’s the kind of breakup where you keep seeing each other anyway, and it’s toxic forever.”


MC Frontalot (aka Damian Hess) is a multidisciplinary force in music and comedy, and a spokesman for all things nerd culture. He was a musical guest on Wyatt Cenac’s Night Train (STARZ), a judge on King of the Nerds (TBS) alongside Garfunkel & Oates, and was prominently featured in the documentaries The People Vs. George Lucas and Nerdcore Rising, a film about the subculture he helped create and the genre whose name he coined.


With tone-setting lead track “Internet Sucks,” Net Split dives headfirst into how the democratization of the internet ultimately led to its moral downfall. The internet started as a simple sandbox to play in, but it has grown into a place where everyone can anonymously shit on anything and anyone. The sandbox has become a litter box. “Never Read the Comments,” “IWF” (Interneting While Female) and the earnest yet absurd “Bad Nerd” all epitomize the horrors of the modern internet.


Agents of chaos are now empowering monstrous regimes via social-media troll farms. Government employees are writing drone-control software and consumer-surveillance software, analyzing our personalities with the help of Microsoft, Google and Facebook. Misogynists harass women to the point where they can't be online safely, and some have even taken their rage offline in a series of sickening incel murder sprees. Racists are recruiting for white supremacist gangs over voice chat in first-person shooter games. We’re in a new era, and MC Frontalot tackles these dark, heavy subjects the best way he knows how—using smart humor to first spotlight society’s ills and then unmercifully tear them apart.


“I went from feeling shame about my nerdiness in 1985 as a child, to feeling kind of great about it in 2001 as a web designer and a hobbyist nerd rapper, to now having to worry that I should be ashamed about it again. Because the most visible nerds now are the bad nerds. I want there to be a big, bright line drawn between good nerds and bad nerds. And I want the new-model nerd shame to drive them away from the dark side.”


Net Split also confronts the damage caused by our modern digital content overload. “Extremely Online” dips into our obsession with social media likes, a lifetime of endless scrolling and the inability to turn away from our glowing rectangle overlords. “There’s one technique, and nobody’s verified it / Flick the power switches off, but that won’t work, I’ve tried it,” Frontalot raps. “DDoS” deals with the constant onslaught of random information and endless news cycles. A traditional DDoS (distributed denial-of-service) attack aims to shut down a website by sending out an army of bots to overwhelm it. MC Frontalot want us to ask ourselves: How much bad info can we absorb before our minds overload and shut down?


“ This DDoS idea is very similar to the current president’s approach to the culture,” says Frontalot. “Normally a scandal would be a big deal, but now he just does something worse the next day until our brains are getting DDoS-ed from the rapid deployment of horrifying shit.”


MC Frontalot covers a lot of ground on Net Split, but he couldn’t do it without a little help from his friends. The album was recorded and produced by Frontalot at his Twenty-Five Efforts studio in Brooklyn, along with Brendan B. Brown (aka BBB of Wheatus) at his Northport, N.Y., studio Montauk Mantis, while OG nerdcore beatmaker Baddd Spellah (aka David T. Cheong) provided the record’s backbone.


The vocal features on Net Split come from Frontalot’s constant involvement in New York’s anything-goes comedy scene. He met Quelle Chris (Danny Brown, Pharoahe Monch) through Jean Grae (The Roots, Talib Kweli) at her Brooklyn “The Sequels” project, where they performed movies that never existed such as Ghostbusters 2 1/2 and Goonies 2. Quelle & Grae’s 2018 album Everything’s Fine has since landed on several best-of-the-year lists. Frontalot met circus art-rock maniac Corn Mo (Polyphonic Spree) through Math the Band and immediately took him out on tour. While MC Frontalot was writing “Bad Nerd,” the song started feeling a little heavy, so he enlisted Corn Mo to give it an over-the-top glam-rock touch.


For “IWF” he worked with a who’s who of up-and-coming female rappers beginning with E-Turn who just finished up a tour with KRS-One and Taipei-raised, Oakland-based LEX the Lexicon Artist. MC Frontalot met feminist multi-media artist Miss Eaves (New York Times, NPR, Billboard) through Soul Coughing’s Mike Doughty when they both performed on Doughty’s album Stellar Motel, and he met Starr Busby backstage after she performed at Jean Grae & John Hodgman's live variety talk show.


Net Split or, the Fathomless Heartbreak of Online Itself is about community and how we, as humans, act as a group. The internet has brought out the worst in people. When left to our own devices we can be terrible, even when all the innovations and convenience of technology make our lives so much easier. MC Frontalot continues touring relentlessly, leaping about onstage, hyping crowds while spreading the gospel of righting the ship of geek culture. Will he be relegated to a life of releasing music year-round through Patreon or Drip? Take up voice acting and audiobook recitation? These are options worth exploring, but he’ll most likely continue releasing traditional records with strong themes, continuing his role as a thought leader for the capricious nerd masses.


“I had a class in college where there was a section on the conceptual division between humans and monsters,” says Frontalot. “One of the early fads of the printing press was to make broadsheets of monsters and stick them on trees in the woods—’12 arms! Smells like 1000 eggs! Eats little girls!’ People thought that if someone had gone through the trouble of printing them then it must be true. It’s so authoritative and real that you have no idea that these broadsheets on monsters are bullshit. Our relationship to the internet is at that stage. Collectively, we don’t have the media literacy yet to know what is and isn’t authoritative. I’ve been thinking about those broadsheets a lot lately, and how we just don’t have the tools. Hopefully the coming generation will grow up with better automatic defenses against their crazy uncle’s email forwards and Facebook posts. I’m not anti-internet, I’m anti the internet making us dumber, meaner, and more unhappy. There’s got to be a workaround—some sort of hack.”

With that said, here is the video for INTERNET SUCKS!

You can catch up with MC Frontalot in all of these places:

Be sure and check that first one for tour dates (He's on tour NOW)!

That's it for this time, so until next,