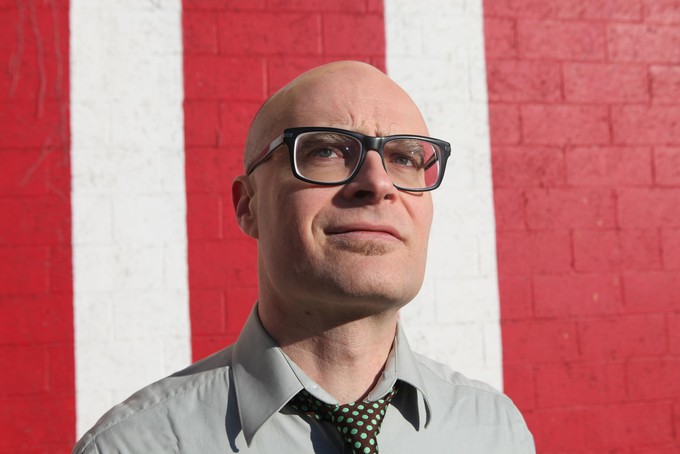 I wanted to take a break from cheering or panning films and TV to share something I love, but that is still related to everything we do here. Some of you may, or may not, know that I am a musician who sings about a lot of nerdy stuff... so it should go without saying that I am also an avid consumer of music that covers our corner of the entertainment universe. Today, I'm going to tell you a bit about one of my favorites.

Way back in the year 1999, an unassuming guy named Damian Hess was making rap songs, with a decidedly pronounced nerdy slant, in a home studio.
We know him as MC FRONTALOT. He was (after seven song submissions) undefeated on Songfight, has appeared at countless conventions, toured relentlessly over the past two decades, and is generally regarded as a brilliant lyricist and performer. He also wrote and recorded one of my favorite songs ever, which we'll get to soon enough.

In 2000, he recorded and released the song "Nerdcore HipHop," The tune was immediately embraced by the nerd and geek communities, and the rest, as they say, is history. Though other artists were already working in the genre which would take the name of his tune as an identifier, his verbal acrobatics and unique delivery, along with the prolific nature of his work habits quickly cemented his place at the top of the genre and earned him the moniker "Godfather of Nerdcore." If Nerdcore had a Mt. Rushmore, his face would definitely be on it. and I've been a fan of for many, many years.

Fast-forward to 2019... with the absolute mountain of geek culture film and television we're getting, it feels like the perfect time to bring up this wonderful gem that he released back in 2010, on his album, ZERO DAY.
It's a tongue-in-cheek, pop-culture-laden string of film and historical references that make for a great listen. Of course, the connection to current events is the theme of SPOILERS, and with all of the great stuff coming out, the minefield of social media is nearly impossible to navigate without stumbling onto one. It's a fun reminder to both watch out for them, and to try and avoid sharing them (this reminder is for myself, as well... as I have broken that cardinal rule of geekdom at times... an enthusiastic fandom is a difficult beast to tame, and I have a whole bunch of them). 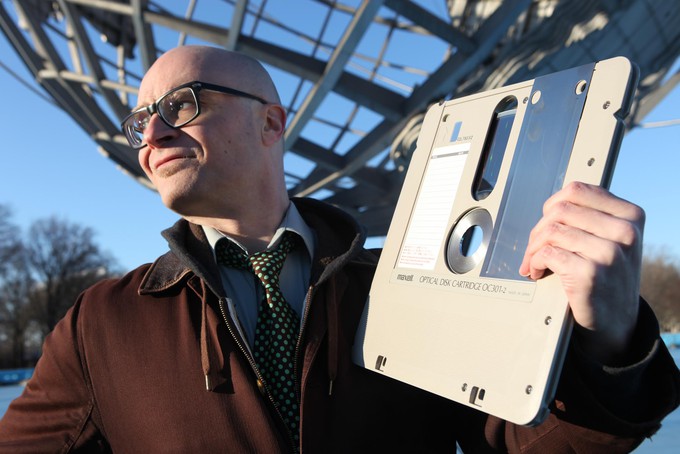 I spoke with MC Frontalot about the creation of the song, and how it relates to today's battle between those who post spoilers, and those who rail against it. Here, in his own words, is the history of the track, and his observations on how the nature of online peril has shifted from trivial issues (like entertainment spoilers) to something very different and much worse.

"This track was called "Spoiler Warning" until after it was already done and my bass player Bl4k L0tus reminded me that "Alert" is more common. The concept and its discussion were already widely known in 2009 when I was working on this, but the specific term must have been less familiar than it seems now, or I wouldn't have made that mistake. The album lyric starts a verse with "If you're in the French revolution, I warn it won't last," which changed to "alert: it won't last" for live shows. That's why.
I had the concept and I was working on a list of things to spoil. There's all the most famous movie and book twists, I breeze through those pretty quickly. I wanted to push the concept up a little by spoiling various historical events and L0tus helped me brainstorm those. Eventually I get around to spoiling some of the wonders of early childhood development, knowing about peanut-brittle-can snakes, and finally object permanence. I'm trying to make it progressively more ridiculous that you're mad at me for revealing these things. Ignorance is not a virtue, but we demand it when we're hoping to be surprised by narratives. The irony of the rhetorical conflict there is kind of miniature, but I thought it was fun enough to carry a song.
A few years, ago some professor at UCSD published a study insisting that spoilers actually make stories more enjoyable. I like it when academics vindicate my songbook in small ways.
Molly Hager's vocal on the hook remains one of my favorite things in my catalog. She really nailed it. There are two videos, the fantastically elaborate original by Max Isaacson in which I'm a scientist engineering a commando squad of flying bears, and a supercut video by Dakota Miller that hews closely to the lyric. Both are very satisfying to me.
It was nice how, nine or ten years ago, the critical danger of being so interconnected was that we might find out the ending to the new superhero movie. These days, the mental and emotional danger of online spaces is way less trivial. I explore this shift as best I can on the new album, Net Split or, the Fathomless Heartbreak of Online Itself. It's a jolly, upbeat record about how totally miserable internet is becoming.
I'm touring that album right now, from Fargo to Palm Beach, through May 17th."
Check out SPOILER ALERT here (this is the "literal video" version. the official video is equally fun!):

Here are the lyrics to read along with, if you like (if you've been asleep for the past 40 years or so, SPOILERS):

You’re annoyed when I talk during the film.
It’s just another classic that you haven’t seen (still!).
Just another ill-in-the-head in the plot;
“Norman Bates, is that all you got?
Might have guessed from the name of the thing.” Don’t complain
that you never heard the ending of The Crying Game.
Well, it’s a penis, and at this point a shaggy dog
(which is: nothing to see here; move along).
The Apes rule the Earth. Vader’s poppa to Luke.
Brad Pitt and Ed Norton are obviously two
people, but they’ve got to share one character.
Bruce ain’t alive, kid, no matter how he stares at you.
Snape kills Dumbledore but with a noble motive.
Everybody’s guilty on the Oriental locomotive.
Veidt’s villainy ends world squabbling
and Deckard is a replicant (probably).

Say I ruin everything for you — well, it’s mutual.

Don’t wager on survival for Bambi’s mom,
Artax, Old Yeller, Mufasa, King Kong.
All spawn of Medea should fear for your throat.
All on the Titanic should fear for your boat.
Yo, Frontalot gave it away before it happened.
If you’re in Moby Dick then I hope you’re not the captain;
if you are, then I urge: rethink revenge
‘cause you’re headed for the bottom and you’re bringing your friends.
Fall into Wonderland then you’re definitely dreaming,
sleeping by the stream, and all is only seeming.
If you’re in the Bible, it ends in Armageddon.
If you’re in the Y2K, it’s less upsetting.
If you’re living in the 80s, spoiler: gay Wham!
Space ships can blow up. Trickle-down economics is a scam,
but you’ll figure that out.
I don’t want to wreck the ending for you, make you pout.

If you’re in the French Revolution, I warn it won’t last.
If you’re in the Kennedy clan, beware a muzzle flash.
Airplanes, also, quite often destroyed them.
And if you’re a Lennon, there’s a Chapman. Avoid him.
Boy when I’m spoiling the ending you frown.
No empire lasts forever, go to town,
but if you’re old Rome, look out for that Nero.
In case you’re a countdown, look out for zero.
Any time you’re a ticking bomb, explode
(and nobody make it out except Horatio),
‘cause every peanut brittle’s got a snake inside
and Jacks-in-the-box, meant to startle, pop high.
If you didn’t know already, I’ll apologize.
Peek-a-boo’s a game; it’s a trick of the eyes,
not a bending of reality itself.
Spoiler for infants: adults use stealth.
As he said, MC Frontalot has a new album out, entitled NET SPLIT. Check it, and all of his releases, out at Frontalot.com ( I HIGHLY recommend, well, any of the albums. The whole catalogue is great)!
ALSO, CHECK HIS TOUR DATES AND GET TO A SHOW!

That's it for now, so until next time,
Keep it geek (or Nerdcore, as the case may be this time)!