Kristen Vaganos Discusses Her Role In indie Film I AM LISA

Hey friends!  Barbarella here posting my first interview of 2021.  It’s with Kristen Vaganos, who stars in the low-budget revenge film I AM LISA, which came out on Redbox today.  If you choose to rent it, be aware: this is low-budget, so if you were wanting something polished with A-list actors, you won’t find it here.   Rather, I AM LISA caters to those who like B-movies with some snarky dialogue and enjoy seeing how filmmakers with almost no budget bring their visions to life.   I had a chance a while back to chat with Kristen who plays the title role of Lisa.  Check out our conversation below. 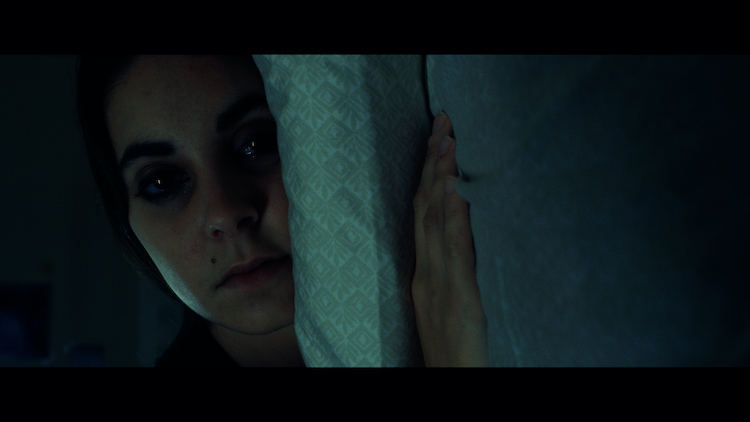 I have an off-the-wall kind of question that has nothing to do with I AM LISA, but I read that you have the stereotypical Greek-American family.  I'm just wondering how similar your family is to the family in MY BIG FAT GREEK WEDDING.

“Oh my God. Yeah, it's funny. I don't know a single Greek family that is upset with the representation in that movie. We're all pretty much like, “Yeah.  Yeah you got it.”   Just a bunch of loud old ladies forcing food down your throat. Yep.”

How did you get involved with I AM LISA?

“I got involved in kind of an odd way.  Eric Winkler, the writer, found some footage or work of mine online, and he sent me a really early draft of the script, maybe in 2018. He’s a first-time writer, so at the time, I was super flattered that he would send me the script and be trusting me with the lead role in it.  There was a lot of great stuff already there, namely the strength of the character Lisa was already there, which I loved.  It just had a little bit more work to be done.  I politely declined my own involvement but gave him a bunch of notes on the script. I think there was just a bit too much showing in that original draft maybe.  Trust your audience to put it all together.  Things are often scarier when they have to put it together for themselves. So that was that.

“I don't even know how much longer it was [after that], but he reached back out and said that he had really always envisioned me in this role and would I please give it another read. The script, at that point, was in a much better place. He'd taken a lot of my notes and a lot of other notes from other filmmakers in town. At that point, I hopped on a call with Patrick, our director, and just kind of chatted about the vision to make sure we were on the same page about everything, and I was in Kansas City within the month.

“It was so delightful to have somebody so insistent on you spearheading their film, and that film really stands on the legs of Lisa, so I was definitely honored with that opportunity.“ 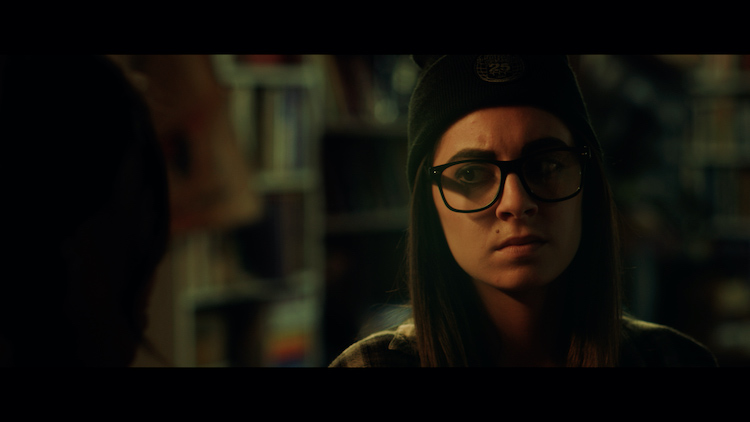 “My favorite part of Lisa is that she's an underdog.  She's somebody who doesn't want to be saving the town. She doesn't want to be a hero.  She would much rather just quietly be in her own corner, uninterrupted, reading her book with her best friend Sam.

“But her world gets turned upside down.  She gets kind of violated and forced to either step up to the plate and do something about it or just kind of wither away. And she goes through this crazy transition.  It scares her immensely, and it's something she's so unfamiliar with, and she's scared of what she might become, but ultimately takes it on for good and for revenge. It’s empowering to tell a story like that. I just really liked her identity crisis and how she came out [of it].”

Were any scenes particularly challenging for you, and if so, what made them challenging?

“Well I have two answers to that because the scene that was obviously the most emotionally difficult and taxing was the scene in the police station where they're kind of abusing Lisa. Luckily, we had a really amazing cast and crew, and everybody was very respectful.  The cast was very safe and rehearsed, and everybody felt comfortable with each other.  I know for the crew, there were a few members who just kind of had to leave because they didn't like hearing me scream and cry and all of that, which I totally understand. I'm like, “Sorry, it's not real, I promise.” So that one was definitely just kind of the heaviest all around the set.

“But then also, one of the ways that I am different [from] Lisa is I don't like confrontation; I don't want to blow up and have fights for no reason, but I'm probably a little more strong-willed than she is at the beginning. I love Lisa's little snarky remarks here and there.  The couple scenes where Jessica and her minions come in and mess with me in my bookstore, there was definitely that little fire in me that just always wanted to go a step further and just slap them or something.  That restraint is also kind of funny. But then again, it's fun getting into character like that because it's always exciting to separate yourself from the character and find that line. So yeah, double answer.”

What do you like the most about working on independent films?

“Oh I love independent films. It's my favorite place to be. If I could make a career out of just indie film, I totally would. And maybe I will somehow.  It’s just so heartwarming because it's a small enough set to where everybody's truly collaborating and finding magical moments between departments in the moment.  We’re not resorting to the network or the studio and sending them dailies every day.  [They aren’t] coming back and saying that they're not sure about this, or we got to redo this.  Or, we find something kind of beautiful that maybe isn't written, and it gets shut down. I mean, not that that stuff always happens.  Sometimes it can be great, obviously, to work with bigger budgets and bigger studios and things, but I just find the connection and the focus on an indie film to be really inspiring and kind of where my heart resides. I think the stories can just be told very tenderly and without too many cooks in the kitchen, as they say. So, I love indie film." 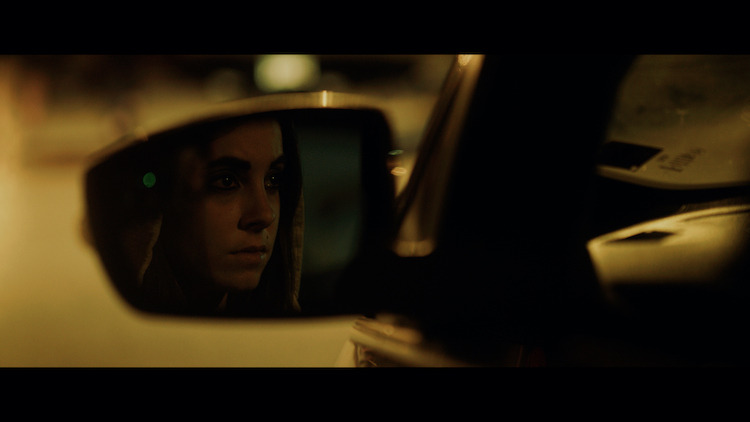 Lisa has a bookstore. Are you a fan of books? What’s the last great book you've read?

“Yeah. I am a fan of books. I actually have a little book club with some of my girlfriends. We read like a book a month and just kind of talk about it. Right now, we're reading “The Most Fun We Ever Had” by Claire Lombardo. I'm about half the way through it, but I will say it's terrific already.  It takes you along the journey of a multi-generational family of a lot of women and sisters. And my best friend is my younger sister, so I'm really enjoying it.”

I read that you were certified in unarmed film combat. What kind of skills do you have to master to get that certification?

“While I was in school at NYU getting my BFA, I took a course, Stage Combat, and you start off with unarmed, and then after you've gotten that, you can add a weapon: a knife, a gun, a sword, whatever.  I took that class and basically the way that we got certified was that we each partnered up, and we chose a Shakespearian scene.  We actually choreographed, with our teacher, a fight into the scene and then rehearsed it and rehearsed it and then performed it for a panel of judges. And so that was really amazing.

“The fights were choreographed to the people, to whatever was best for them and what fit them.  I had a partner who was a larger dude, and I remember we put in all these flips. He flipped me over his back at one point and kind of slammed me on the ground, and then I spun around. It was just really cool, and it was fun.  Like with I AM LISA, it was just so empowering to, as a small person, make it look like I could pull off all this crazy stuff.  I really liked it.  I did all of my own stunts in I AM LISA.  I even choreographed one of the scenes. Since then, I've had a stunt double a couple of times, but I like to do as much as I can myself.”

What is one thing in your life that you've done that you would never do again?

“Wow. That I would never do again. I don't even know. I haven't done anything that was super scarring.”

“I know, right? There are so many things I haven't done, but something I would never do again, I really don't know. I feel like I've had a pretty good run.” 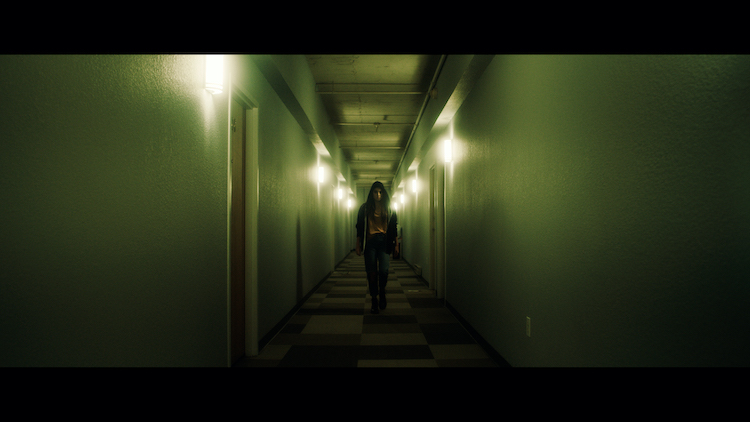 What's the most daring thing you've ever done?

“It's hard for me to answer that because I'm really into kind of risky things like that. The most daring thing I've ever done would probably be skydiving, which I would definitely do again. I really like hiking and zip-lining and [riding] rollercoasters.  I even like all the weird stuff, like you and a ball bouncing around on a string or whatever. I really want to try bungee jumping as well. But yeah.  I like things like that."

How would your friends describe you?

What app do you use the most on your phone?

“Oh gosh. Well, I mean, it would be so horrible to say Instagram, but I'm a millennial, what can I say. That one and the weather app. I'm obsessed with checking the weather.”

You live in LA, right? (Asking facetiously) Does the weather ever change there? 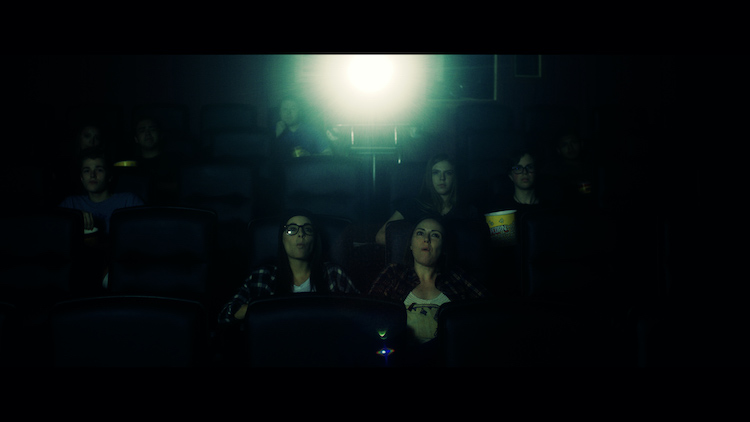 If where you lived had no impact at all on your acting career, would you stay in LA or would you move somewhere else?

“I'd still be in New York, I think. It's definitely my favorite city. Well then again, maybe if I really didn't care, I would go maybe to London or something. But I definitely loved New York and left the city before I was burnt out on it or anything like that. I do hope to get back there soon, hopefully for a job or something like that. I actually might be back for a film, assuming all goes as planned in February, so that would be great. But I loved living there and certainly want to live there again”

How long did you live there?

“Well I lived there while I was in school. Since I graduated a year early, I was only there for three years, which was just definitely not enough for me. But it was a such a lovely time.  I love the speed of that city. I just feel like it runs at the speed of my inner clock.”

Speaking of clocks, our interview time ran out.  If you want more Kristen Vaganos, you can see her get a little wild in I AM LISA, it’s available now on Redbox.