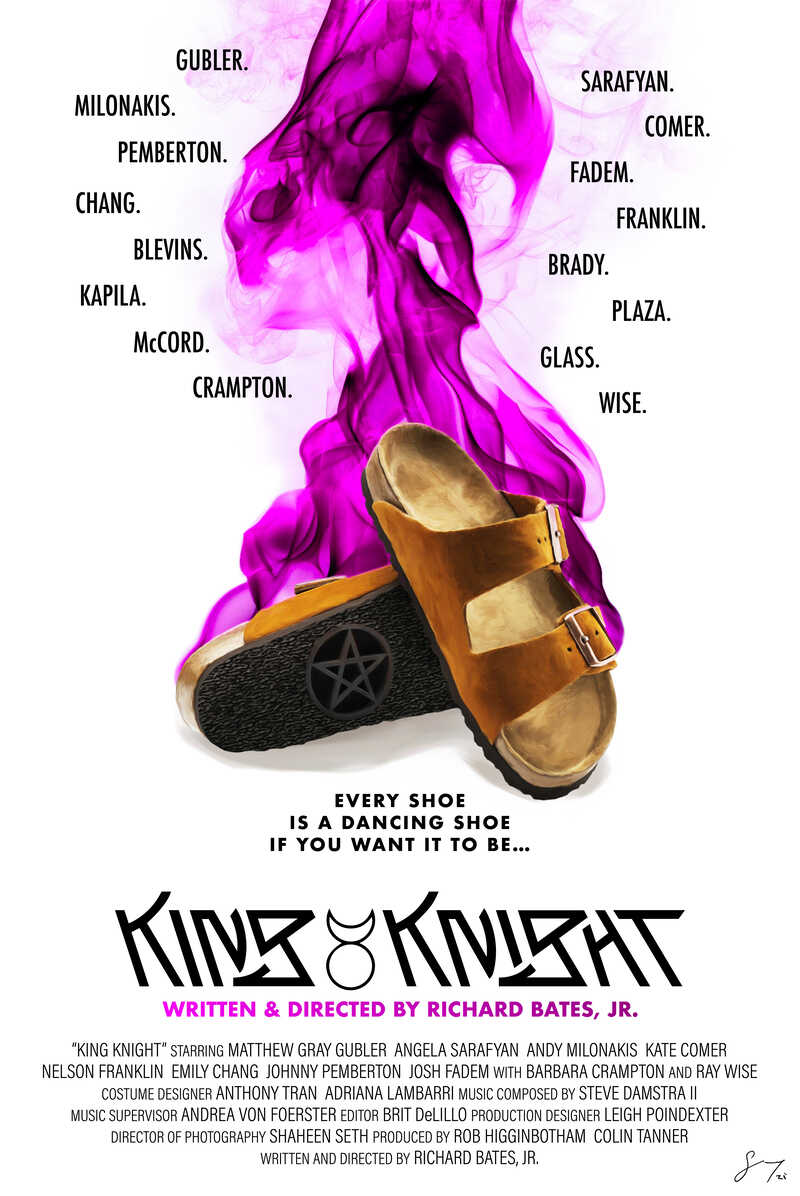 The latest quirky comedy from Richard Bates Jr (TONE DEAF, SUBURBAN GOTHIC) will have its world premiere at the Fantasia Film Festival on Sunday, August 8, 2021.

“KING KNIGHT is an outsider’s outsider comedy starring Matthew Gray Gubler and Angela Sarafyan as Thorn and Willow, husband-and-wife high priest and priestess of a coven of witches in a small California community. When Willow unearths a secret from Thorn’s past, their lives are thrown into turmoil in this kooky, clever treat, decked with a wild cast that includes Nelson Franklin, Johnny Pemberton, Barbara Crampton, Ray Wise, Andy Milonakis, and the voices of Aubrey Plaza and AnnaLynne McCord.”

Check out the newly released trailer for KING KNIGHT below!

From the look of the trailer, fans of Bates Jr.’s clever storylines and visually dynamic style won’t be disappointed. What do you think?