Hey friends, Barbarella here. WIRE ROOM, an action movie about an agent’s first day working solo in surveillance, comes to select theaters, on digital and on demand this Friday, September 2, 2022.  It stars Kevin Dillon (“Entourage”) as the agent who has a chaotic first day on the job, and Bruce Willis in his final performance, unless like some athletes, he changes his mind after retirement. At any rate, I had the delightful experience of chatting with Kevin via Zoom. Check it out! 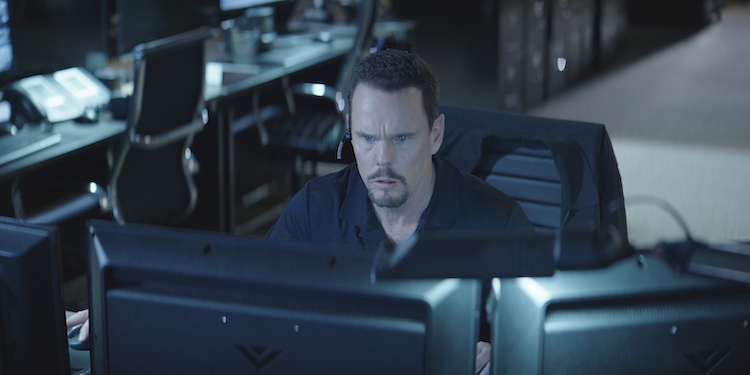 What was the biggest selling point to inspire you to take on this project?

“I thought the script was really cool, but really, number one for me was Bruce Willis, who I'm a huge fan of. To work with Bruce again…even though we worked together before, I didn't have any scenes with him the first time around, so I didn't really get to work with him. We were in scenes together, but he was already gone at that stage, and I was inside the bank. He was calling out to us. So I didn't get to work with him that time. This time, it was hands on. We worked together on a bunch of scenes, and he's such a great guy. So that is a big plus.”

Do you think he's really retiring for good?

“I don't know. To be honest with you, he did a great job in this one. So that's up to him and how he's feeling and if he wants to do it, because I thought he was great. He’s fun to work with, and he's a really great guy.” 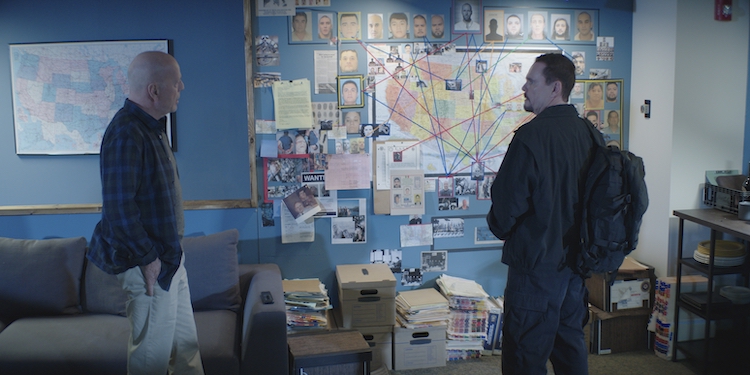 Yeah. So you get to play Special Agent Rosa in this. If you couldn't be an actor, would you ever want to be a special agent?

“Yeah, I think that could be pretty interesting. Yeah, I think that would be fun. When I was a kid, I wanted to be a cop. I think a lot of kids did. And then as you got a little older, maybe you wanted to be FBI or CIA or... My plan was to be an artist, to be honest with you. My dad was a portrait painter. He just passed recently, but he was a really great portrait painter. My brother, Matt, is a great painter. My brother, Paul, I mean, there's a lot of art in my family. My uncle Alex Raymond did "Flash Gordon," and my uncle Jim Raymond did "Blondie," so, I mean, we got a lot of art in the family. My grandmother was really good, and I thought I was going to be an artist. That was my plan. But the acting thing kind of fell into my lap a little bit in school. I had an English teacher push me into doing a school play where I played Petruchio in “The Taming of the Shrew,” and I just loved it. I loved the reaction I got from the crowd. I just knew this is it.”

The rest was history. This poor guy, he gets minimal training on his first day, which in my eyes, just kind of leaves him completely unprepared for anything. Would you describe the last job or situation you went into without feeling fully ready or prepared for it?

“Well, this one. I mean, it's a seven-day shoot. I wasn't in it some days. I mean, my whole part was probably shot in four days because they had to do the stuff with Oliver and some solo stuff with Bruce. It was tough. You got to really scramble. You got to study your lines. You just work really hard. But whenever you do a shoot that quick, you always feel slightly underprepared. I love to prepare, but you really don't have a ton of time. But I swear to God, I love the way this movie came out. I'm really happy with it. I'm happy with Justin Rosa. I love the character. He's just a guy who...everything just comes crumbling down on him on the first day of work. And it was just fun.” 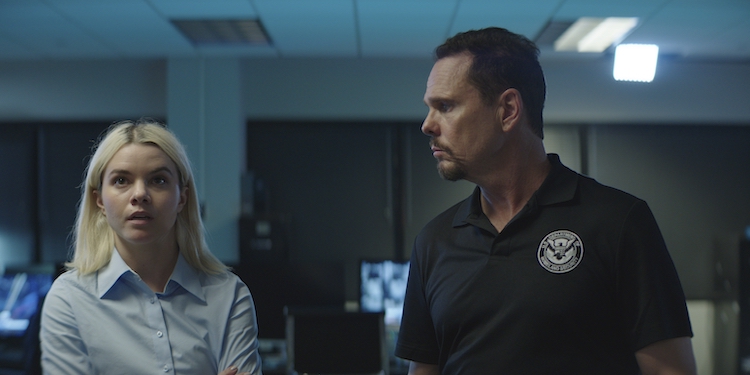 “I'm terrible. Give me a rule, and I'm going to break it. I just have a way of breaking it.”

Have you always been that way?

“It's my nature. I think it's a Dillon thing a little bit. I'm one of six kids, five boys. None of us really listen to the rules too much. We all broke rules a little bit. “Rules are made to be broken.” That's my motto."

Would you ever compete for the same role as your brother Matt, or have you ever?

“I don't know if we ever have. I don't think we have. I guess it would be possible because we do have a similar thing going on. We look fairly similar. We sound a lot alike on the telephone, for sure. I don't know if we have. Who knows? I just want to work together. We've never worked together. We've come close so many times. We both want to do it. And I'm sure it'll happen eventually.”

Yeah, why hasn't that happened yet?

“You've got a script for brothers? Us! Dillon brothers!”

I mean, it seems like that's a no-brainer. Yeah, cast you guys. 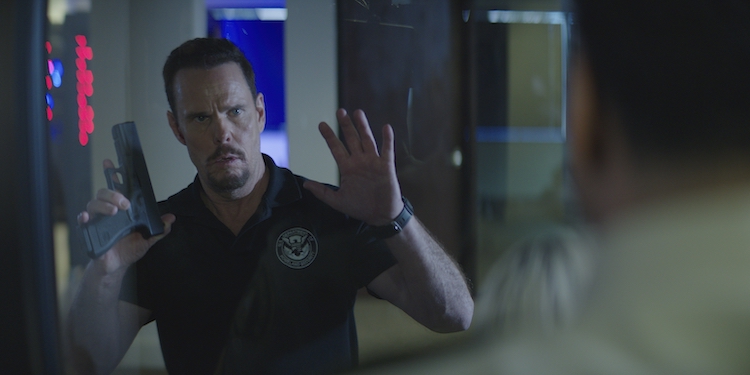 What was your favorite scene to shoot and why?

“Let's see. I swear to God, some of that action I really enjoyed. There was a scene with Texas Battle. We worked it out, and a lot of it didn't make a lot of sense, but there was this great window between us, and we kind of came up with this cool scene where we have a showdown, but we're behind a piece of bulletproof glass. We got our guns held on each other. I mean, that's a scene that we kind of made up on the spot. We figured out a way to make it cool. And I thought that was just a really cool bit.”

That's fun. This is my last question, and then I'm going to have to wrap up, but would you rather do more scenes where you're shooting at people or where you're physically fighting them, and why?

“I think probably shooting people. You're less likely to get hurt. I mean, you get bruised up doing fighting scenes. I know it's fake and everything, but you want to really get into it, make it look real, and you get bumps, bruises, and just, you physically kind of get a little beat up. Where if you're shooting, it just looks cool. I love it. I've kind of gotten pretty good with the weapons over the years because I've had to use so many of them. I got quick at changing ammo and that kind of thing.” 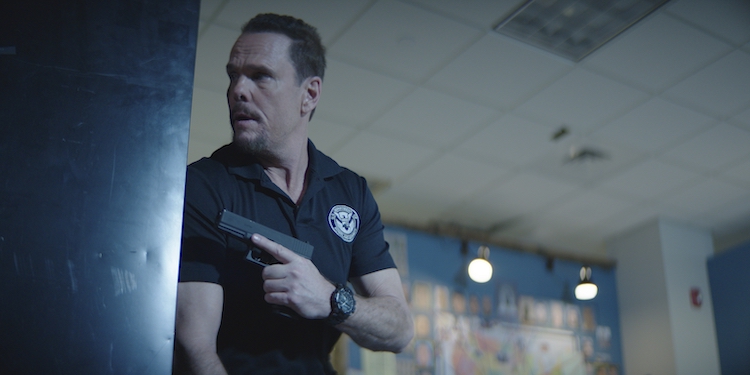 Cool. Well, I wish I had more time to talk with you.

“Yeah, definitely Barbara. It was great talking to you.”

I legitimately wished I had more time to talk with Kevin so I could have delved into more about his family’s art and growing up with so many siblings, but alas, I didn’t. Maybe I’ll get another opportunity, hopefully, after someone finally comes to their senses and casts the Dillon brothers in a film together. I mean, who wouldn’t want to see that?

Until that happens, if you want to see Kevin Dillon alongside non-siblings Bruce Willis and Shelby Cobb, WIRE ROOM will be in select theaters, on digital and on demand Friday. Here’s a trailer!