Hey folks, Harry here...  ARTEMIS FOWL has had a long and storied journey from juvenile book series to cinemas near you this May 29th release.  However, Kenneth Branagh's latest about a 12 year old criminal mastermind, based upon the first two of Eoin Colfer's 9 book series.   So, the film is based upon ARTEMIS FOWL and ARTEMIS FOWL AND THE ARCTIC INCIDENT. They released a trailer for it today.   Let's take a peek:

Who knows if it'll work.   The 12 year old is the star of the show.  He's a genius trained thief like his father that are part of a long line of thieves stealing things too dangerous to be in the world's hands.   How perfectly elite of them.   One can never quite tell with these young series.   It just either works or it doesn't.   I tend to like Kenneth Branagh's non-Mary Shelley films - so maybe this will come through.   That cast looks interesting and Disney has thrown the money into the FX to make it all purty.   What ya folks reckon? YEA or NAY? 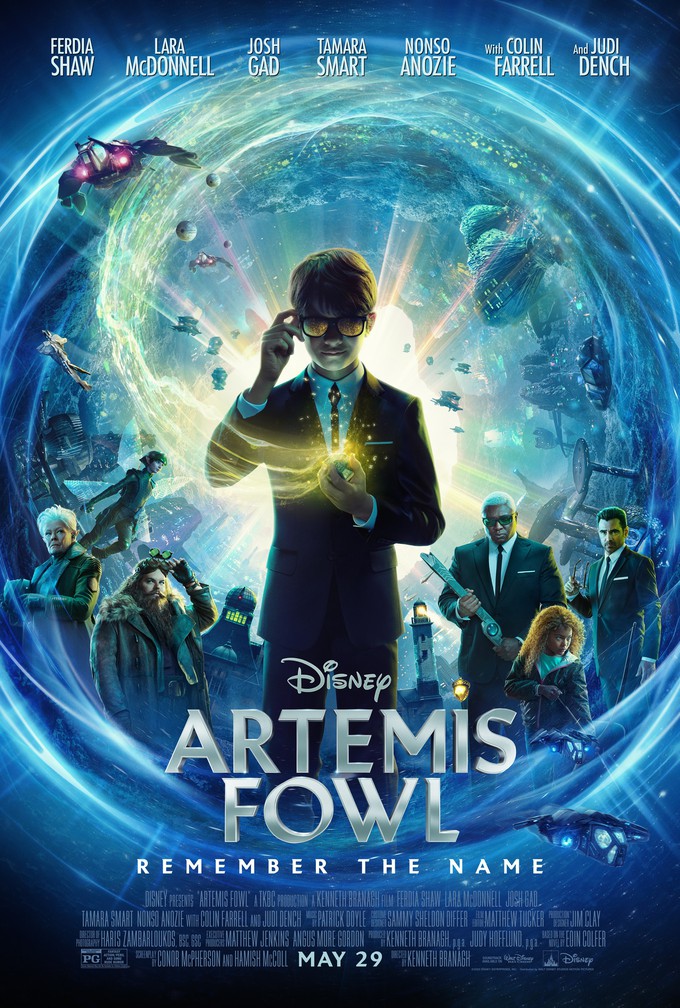